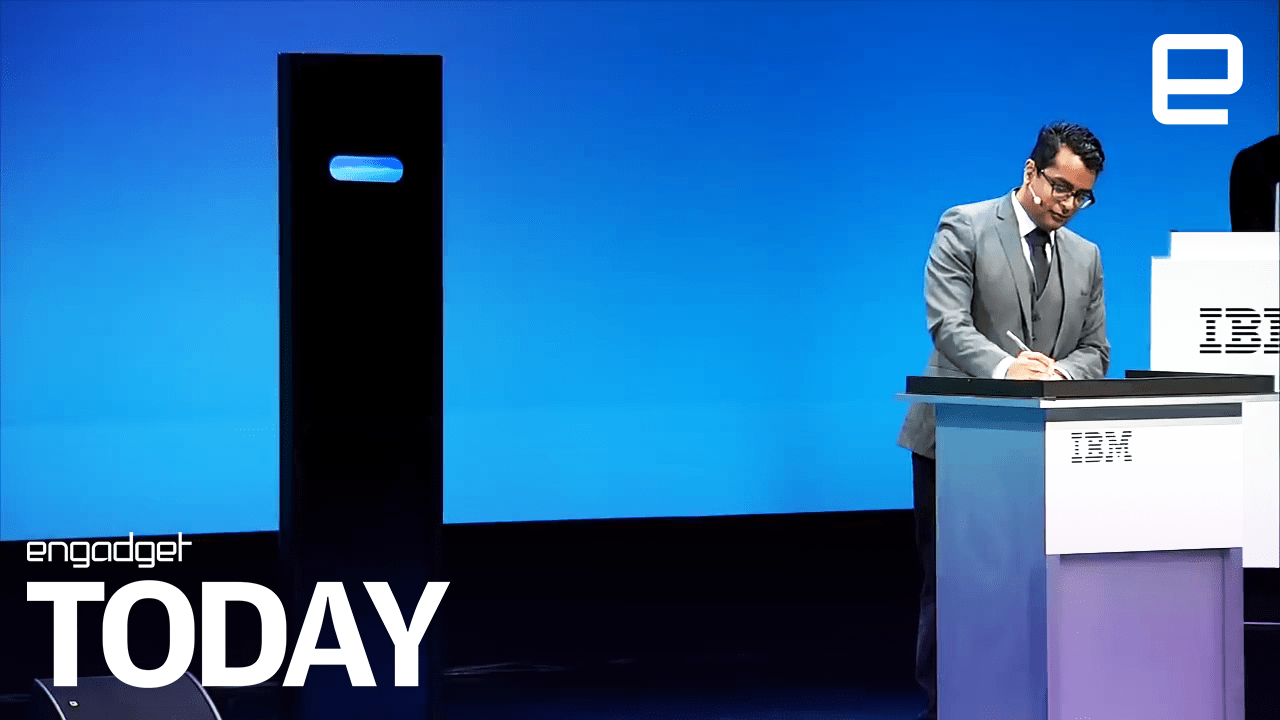 After suffering defeat to AI at Go and Dota 2, the battle between man and machine was starting to look a little one-sided. But a human has finally notched up a win against our future robot overlords. Champion debater Harish Natarajan triumphed in a live showdown against IBM's Miss Debater AI at the company's Think Conference in San Francisco on Monday. The 2012 European Debate winner and IBM's black monolith exchanged quick retorts on pre-school subsidies for 25 minutes before the crowd hailed Natarajan the victor. You can watch the debate in full below.

Each side was given 15 minutes to prep for the clash, after which they presented a four-minute opening statement, a four-minute rebuttal, and a two-minute summary. The 700-strong audience, meanwhile, was comprised of top debaters from Bay Area schools and more than a hundred journalists.

Miss Debater (formerly known as Project Debater) pulled arguments from its database of 10 billion sentences taken from newspapers and academic journals. A female voice emanating from the human-sized black box spouted its answers, while three blue balls floated around its display.

The face-off was the latest event in IBM's "grand challenge" series pitting humans against its intelligent machines. In 1996, its computer system beat chess grandmaster Garry Kasparov, though the Russian later accused the IBM team of cheating, something that the company denies to this day -- he later retracted some of his allegations. Then, in 2011, its Watson supercomputer trounced two record-winning Jeopardy! contestants.

In the lead-up to Monday's bout, Natarajan suggested that debating may prove a harder battleground for AI than Go and video games. "Debating is...more complicated for a machine than any of those, however. At its core, successful debating involves three components," he wrote in a LinkedIn post.

"First, a debater needs to process large amounts of information and construct relevant arguments. Second, debating involves [explaining] complicated arguments in a clear and structured way. Third, you need to make those arguments matter to the audience. This requires the careful use of language, emotions, rhetoric, and examples. While a machine should excel in the first, the latter two may be challenging."

But he also conceded that "there will come a point soon where AI will be better than humans at all three." Does that mean, he'd be game for a rematch?

Via: Bloomberg
Source: IBM
In this article: AOLoriginals, artificial intelligence, Daily Show, DailyShow, debate, debater, Engadget, Engadget Today, EngadgetToday, EngadgetVideo, Entertainment, gear, ibm, IBM Think, project debater, robots, tomorrow
All products recommended by Engadget are selected by our editorial team, independent of our parent company. Some of our stories include affiliate links. If you buy something through one of these links, we may earn an affiliate commission.