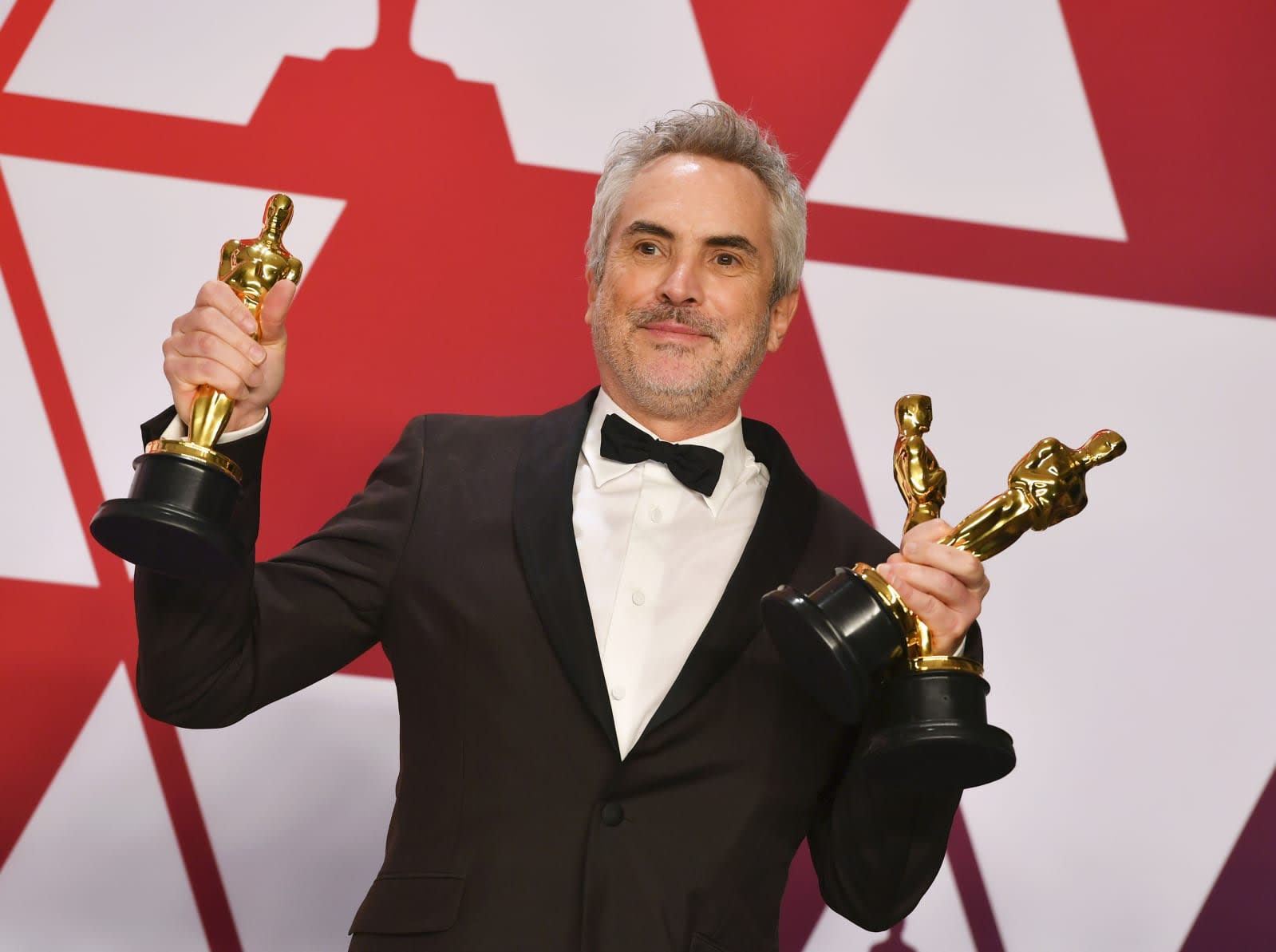 In 22 years, Netflix has gone from a DVD rental service to the future of entertainment, turning the existing industry on its head. At last night's Academy Awards, the company has, once and for all, upended the way the movie business works. It won three trophies for Alfonso Cuarón's Roma, including Best Foreign Film, Best Cinematography and, crucially, Best Director.

Netflix has been in Oscar contention since 2014, and won its first trophy in 2017, but the majority of those were for documentary features. It has received nominations in some of the bigger categories, including Mary J. Blige's nomination for Best Supporting Actress in Mudbound in 2018. But this year, the platform received 15 nominations, and came away with three gongs.

Roma has been something of an awards darling, winning four BAFTAs (including Best Film) and was the favorite to win big last night. That comes despite the fact that some in Hollywood believe that Netflix is undeserving of any form of awards consideration. Steven Spielberg echoed sentiments shared by one part of the industry by saying that Netflix is "a TV movie" platform. And, in order to qualify at all, Netflix had to debut three films -- Roma, Buster Scruggs and Bird Box -- in theaters ahead of their online debuts.

But attitudes, and times, are changing, and earlier this year, Netflix joined the Motion Picture Association of America. That means it's part of the same lobby group as the big six studios, and has left a similar body for internet companies -- the Internet Association -- in turn. In many ways, between that and its new Hollywood HQ, Netflix is looking not to just to topple the establishment, but to join it, and dominate it.

Source: Oscars
In this article: Academy Awards, Alfonso Cuaron, AlfonsoCuaron, av, entertainment, gear, Hollywood, internet, Netflix, Roma
All products recommended by Engadget are selected by our editorial team, independent of our parent company. Some of our stories include affiliate links. If you buy something through one of these links, we may earn an affiliate commission.