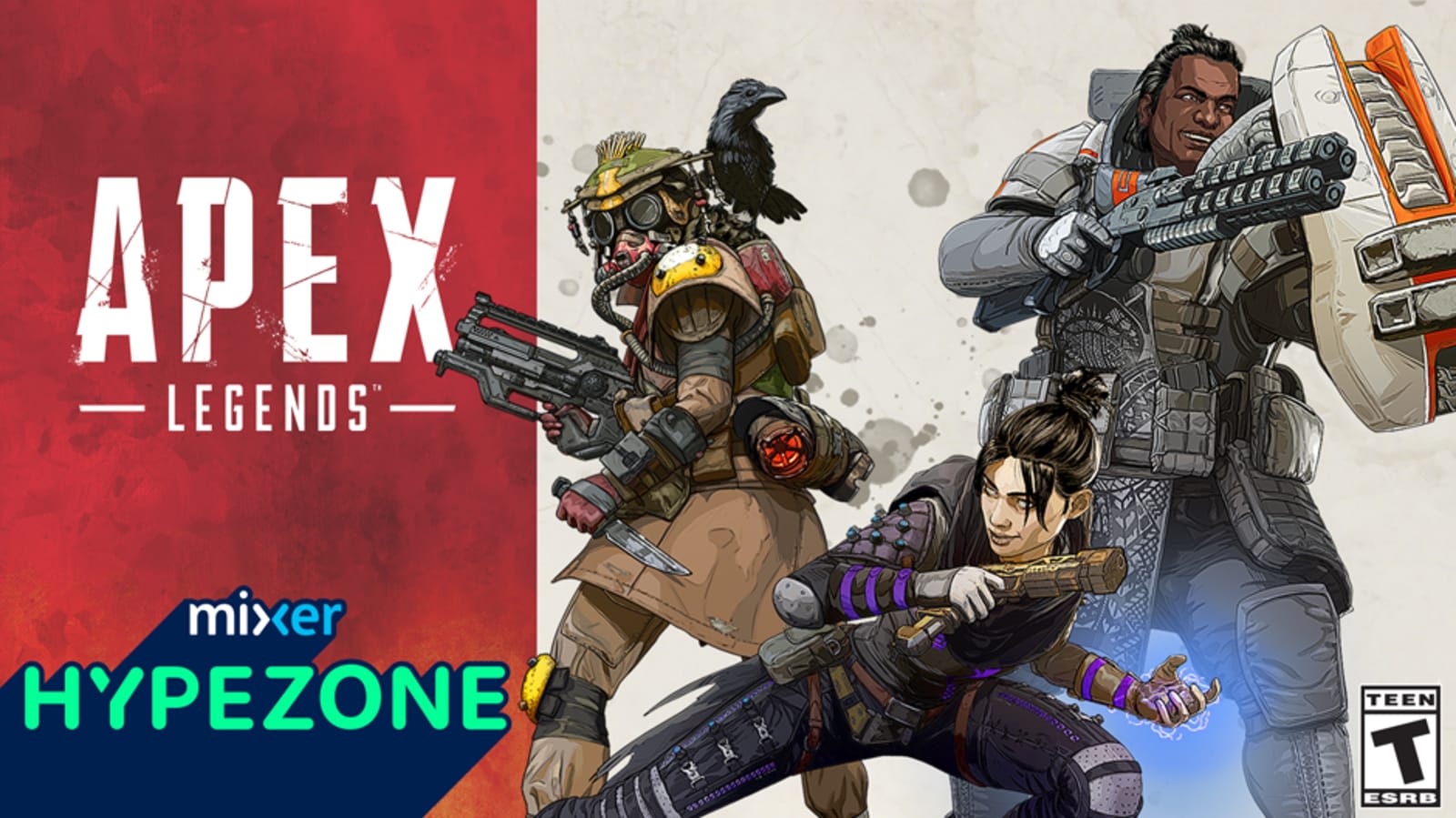 Apex Legends has grown its player base at lightning speed since it appeared almost out of the blue in February, citing 50 million players after just over a month since release. It's not much of surprise, then, that livestreaming platform Mixer has just added it to its HypeZone, a dynamic stream that showcases the players mere moments away from achieving victory in different games, which includes the likes of Fortnite, PUBG and Call of Duty: Black Ops 4.

But the announcement comes with an exciting new feature: HypeZone Leaderboards -- a feature Mixer's biggest rival, Twitch, doesn't have, and which debuts with Apex Legends. This highlights the wins and kills for the top 10 players featured in HypeZone each week -- toggle the Leaderboard at any time by hitting the "MixPlay" button underneath the stream.

Not only is this a good way to discover new streamers on Mixer, but it's a useful way of surfacing strong players that might not already have a big following. If Mixer is serious about usurping Twitch as the gamer's livesteaming platform of choice, this might be one way to do it.

Source: Mixer
In this article: Apex Legends, av, gaming, HypeZone, leaderboard, livestreaming, Mixer, personal computing, personalcomputing, services, Twitch
All products recommended by Engadget are selected by our editorial team, independent of our parent company. Some of our stories include affiliate links. If you buy something through one of these links, we may earn an affiliate commission.