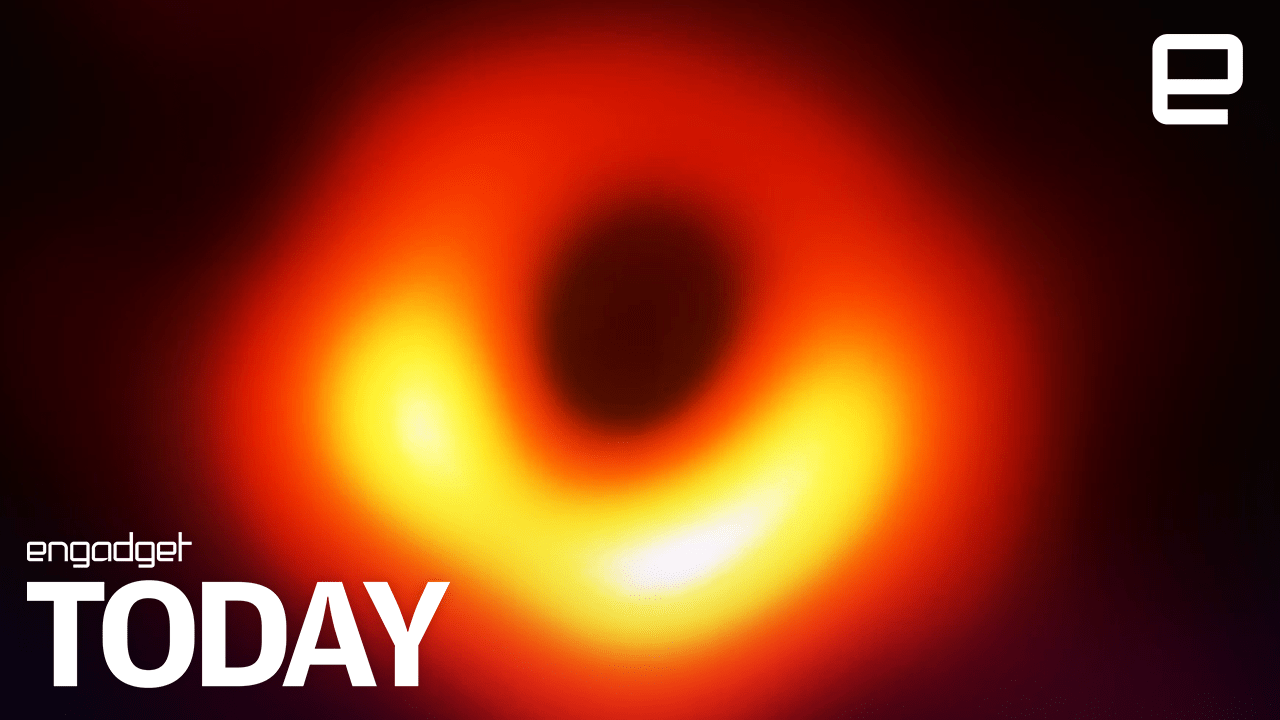 Yes, it happened. After years of relying on computer-generated imagery, scientists using the Event Horizon Telescope have captured the first real image of a black hole. The snapshot of the supermassive black hole in the Messier 87 galaxy (about 55 million light years away) shows the "shadow" created as the event horizon bends and sucks in light. It also confirms that the black hole is truly huge, with a mass 6.5 billion times that of the Sun. As you might imagine, taking this picture was tricky -- it required worldwide collaboration that wasn't possible until recently.

The image required connecting eight existing high-altitude telescopes, including ones in Chile and Antarctica, to reach an angular resolution high enough to capture such a relatively compact object (the event horizon is "just" 24.9 billion miles across) at an extreme distance. This technique, very-long-baseline interferometry, also involved synchronizing atomic clocks and even taking advantage of the rotation of the Earth. Supercomputers at the Max Planck Institute and MIT's Haystack Observatory had to combine "petabytes" of raw data from the telescopes.

It's a fuzzy image, but it supports what the theory of general relativity has predicted for decades. It promises to shed more light on black holes as well. And it should theoretically get better. In the future, the Event Horizon Telescope will have a "substantially increased" sensitivity as the Greenland Telescope, IRAM NOEMA Observatory and Kitt Peak Telescopes join the array. This is a major milestone in astronomy, and it's only going to get better from here.