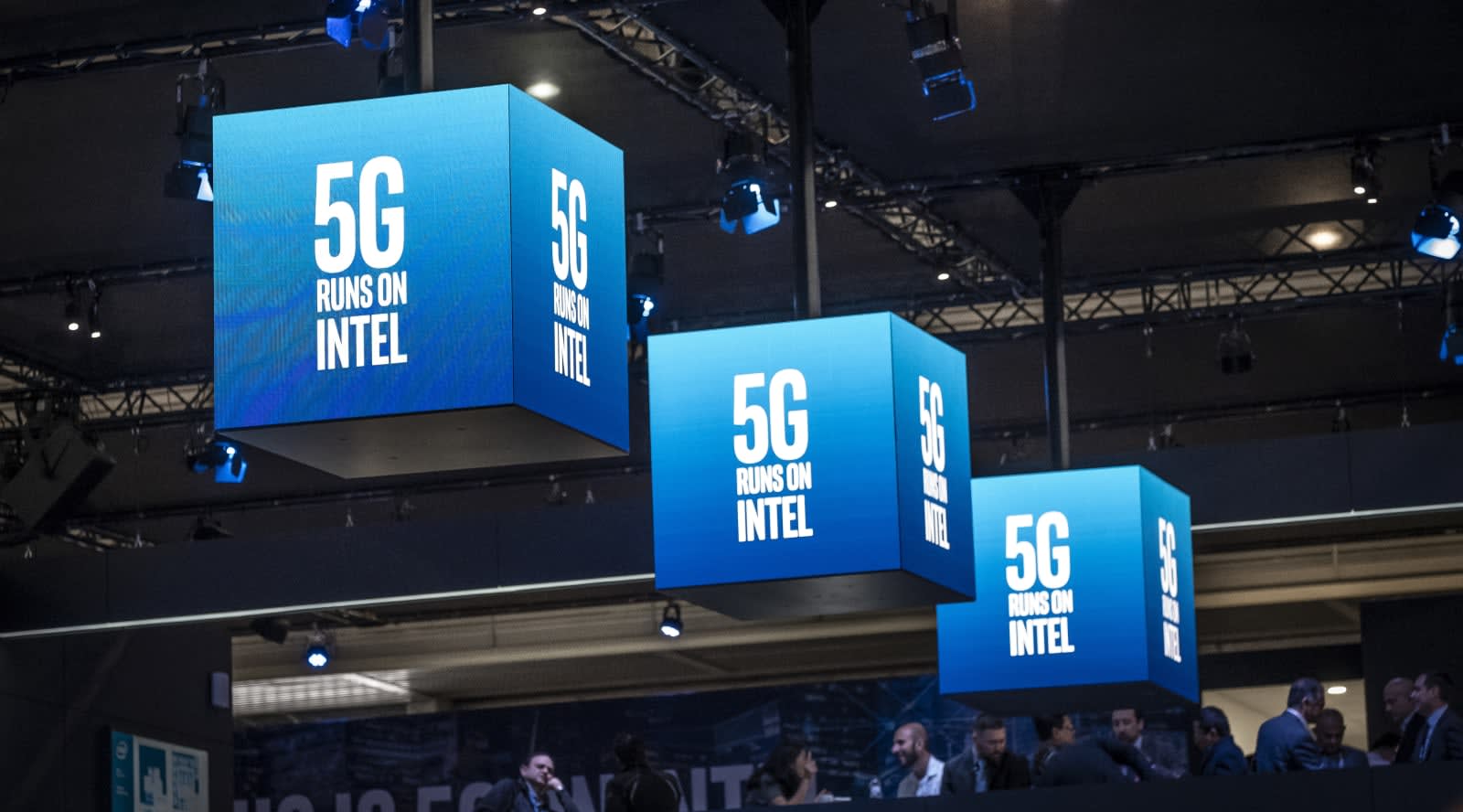 In a move that accompanies today's shocking settlement between Apple and Qualcomm, Intel has suddenly announced it's not even going to try building 5G modems for smartphones. Apple had attempted to replace Qualcomm as a supplier for its modem chips with Intel, but reported issues with implementing 5G tech were a reason it's not expected to appear in an iPhone this year.

In a statement, Intel said it "does not expect to launch 5G modem products in the smartphone space, including those originally planned for launches in 2020." According to CEO Bob Swan "We are very excited about the opportunity in 5G and the 'cloudification' of the network, but in the smartphone modem business it has become apparent that there is no clear path to profitability and positive returns."

As late as last November, Intel said it was speeding up development of 5G modem tech, and laid out a plan of attack for us on the CES stage in January. Now it's going to "assess" the opportunities for 4G and 5G in PC, IoT and other devices, while continuing to invest in developing 5G infrastructure tech.

Source: Intel
In this article: 5g, apple, business, gear, intel, mobile, modem, qualcomm
All products recommended by Engadget are selected by our editorial team, independent of our parent company. Some of our stories include affiliate links. If you buy something through one of these links, we may earn an affiliate commission.