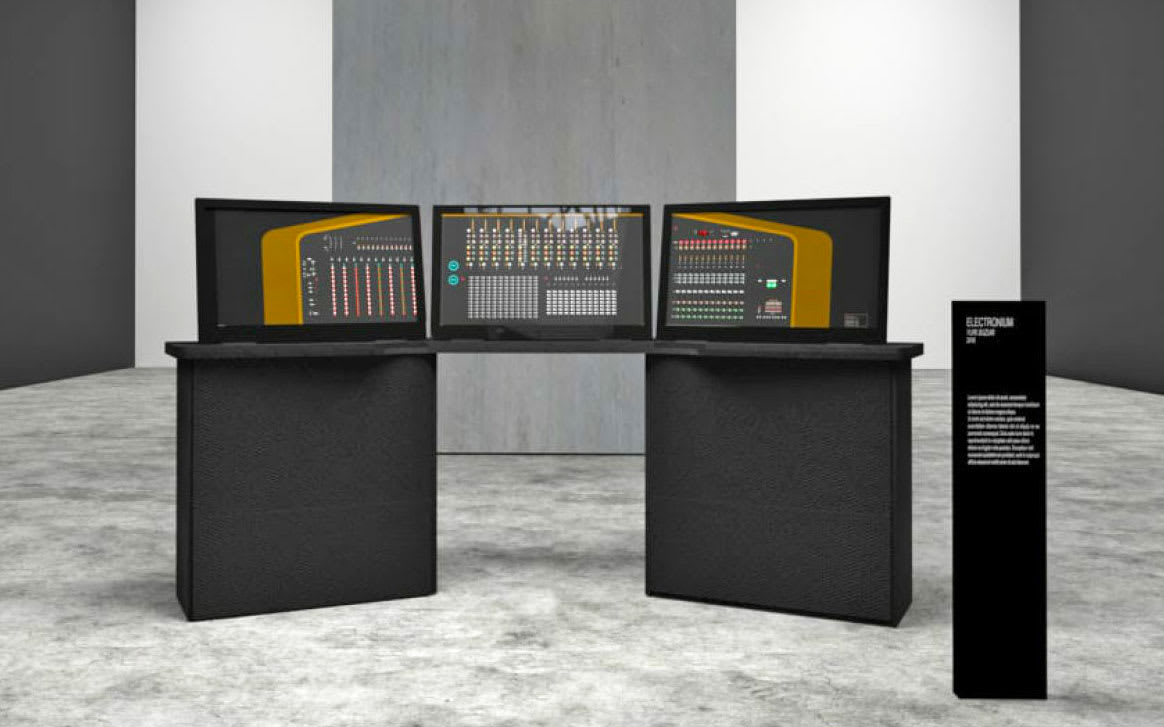 If you've seen Looney Tunes or The Simpsons, you've probably heard Raymond Scott's music -- which was adapted for those and other cartoons. But there's a good chance you haven't heard of Scott himself. A musician and inventor, Scott was ahead of his time. As early as the 1950s, he began working on the Electronium, a kind of music synthesizer that he hoped would perform and compose music simultaneously. While Scott invested $1 million and more than a decade in Electronium, he died before it was complete. Now, Fast Company reports, Pentagram partner and sound artist Yuri Suzuki has picked up where Scott left off.

Suzuki worked in partnership with the design studio Counterpoint and used Google's Magenta AI to generate music the way Scott envisioned. Like the Electronium, Suzuki's version has three panels. First, a player taps a melody, or even a few notes, on the center panel. Then, the AI uses that to compose music, which is shown on the right. And finally, the player can use the panel on the left to manipulate the music by adding effects or beats. It's the kind of human-computer collaboration Scott dreamed of but didn't have the digital technology to complete.

While Suzuki had the tools Scott was lacking, replicating the Electronium wasn't an easy feat. Scott was secretive about his work, so there are few published diagrams. Though, Mark Mothersbaugh -- the lead singer of Devo and current owner of the unfinished Electronium -- helped fill in some of the missing puzzle pieces.

Suzuki's creation will be on display at the Barbican Center in London, as part of an AI exhibit beginning May 16th. But Suzuki wants to keep building on the device, adding physical knobs and dials. He also hopes to create an online version to help raise awareness for Scott's vision and to help people learn about composing music.

Source: Fast Company
In this article: ai, av, counterpoint, devo, digital music, electronium, entertainment, gadgetry, gadgets, gear, magenta, mark mothersbaugh, music, raymond scott, Synthesizer, Yuri Suzuki
All products recommended by Engadget are selected by our editorial team, independent of our parent company. Some of our stories include affiliate links. If you buy something through one of these links, we may earn an affiliate commission.