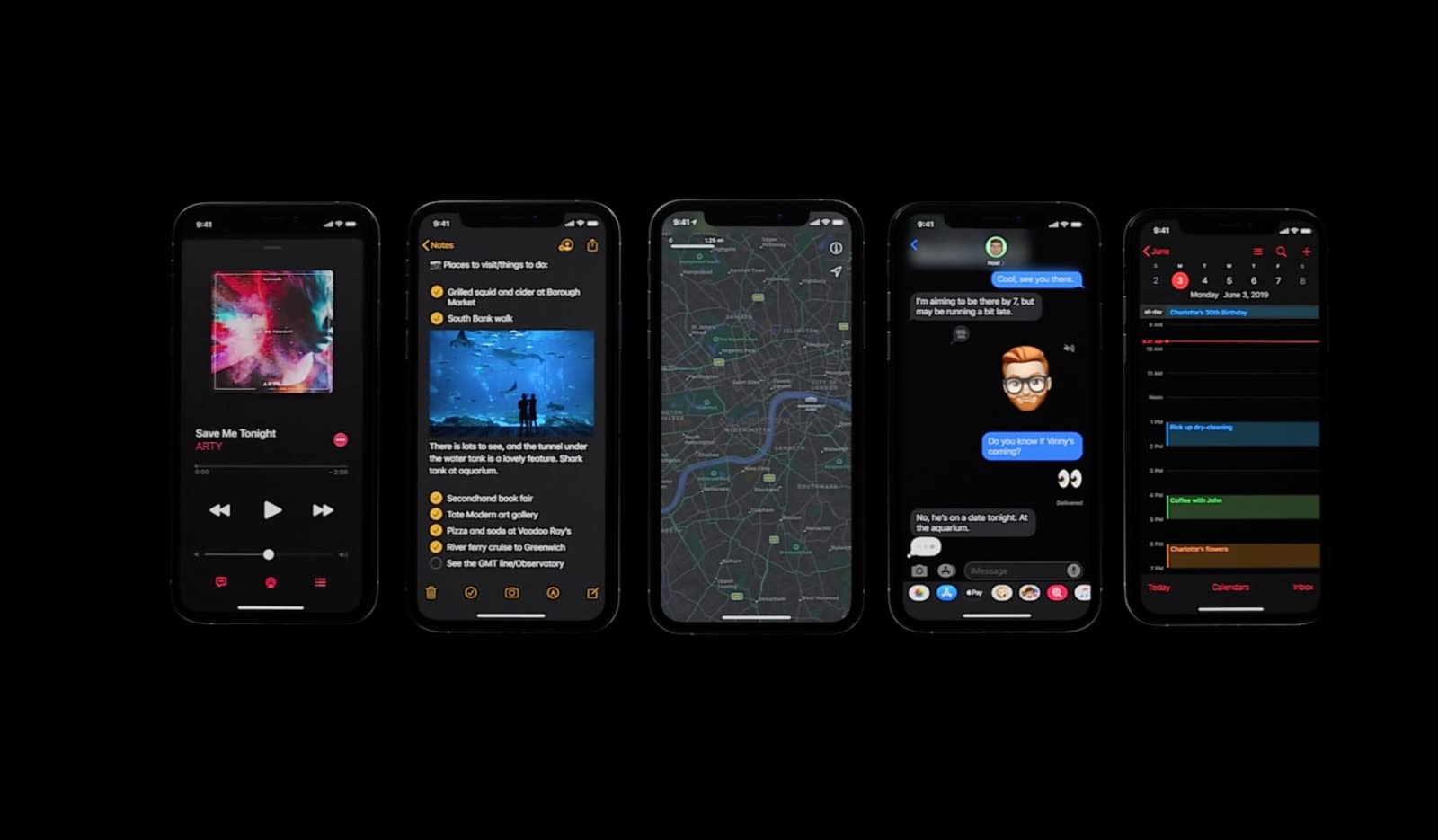 As expected, Apple's newest mobile operating system, iOS 13, will include a system-wide dark mode. The company announced the change at its Worldwide Developers Conference (WWDC) today. While the feature has been circulating through the rumor mill for months, it's still one of the most notable changes to come out of this year's conference.

You won't see a drastic change on the Home screen, though the app tray background will appear darker. It's in the traditionally blinding-white apps, like Apple Music, where you'll really see the difference -- a true black screen. The differences will be clear in messages, emojis, your keyboard and photos, too. "We're excited for customers to experience what's coming to iPhone this fall and can't wait for them to see how great everything looks in Dark Mode," said Craig Federighi, Apple's senior vice president of Software Engineering.

As an added perk, the new dark mode might extend your device's battery life, at least marginally. The OLED screens on the latest iPhones don't use any power to display black, so opting for dark mode will theoretically cut down on battery consumption. That's in line with Apple's overall goal to improve performance on iOS 13.

Apple introduced night mode for Mac at last year's WWDC. At the time, the company said the feature was designed with professionals in mind. After all, it makes presentations and photography pop. A system-wide dark mode has become a must-have for smartphone fans, too. Android Q will include its own system-wide dark mode, and Google is working on a dark UI for Chrome on both Android and iOS. Facebook Messenger, YouTube and Twitter each have their own iOS dark themes, too.

As we saw with Mojave's night mode, just how much benefit you get from the dark UI depends on how you're using your device. Still, this is a significant change, and we'll likely see more third-party developers adding dark modes now that Apple has committed.

Via: 9to5Mac
In this article: apple, conference, dark mode, darkmode, design, developers, gear, ios 13, mobile, Mobile OS, oled, os, rumors, ui, wwdc, wwdc2019
All products recommended by Engadget are selected by our editorial team, independent of our parent company. Some of our stories include affiliate links. If you buy something through one of these links, we may earn an affiliate commission.