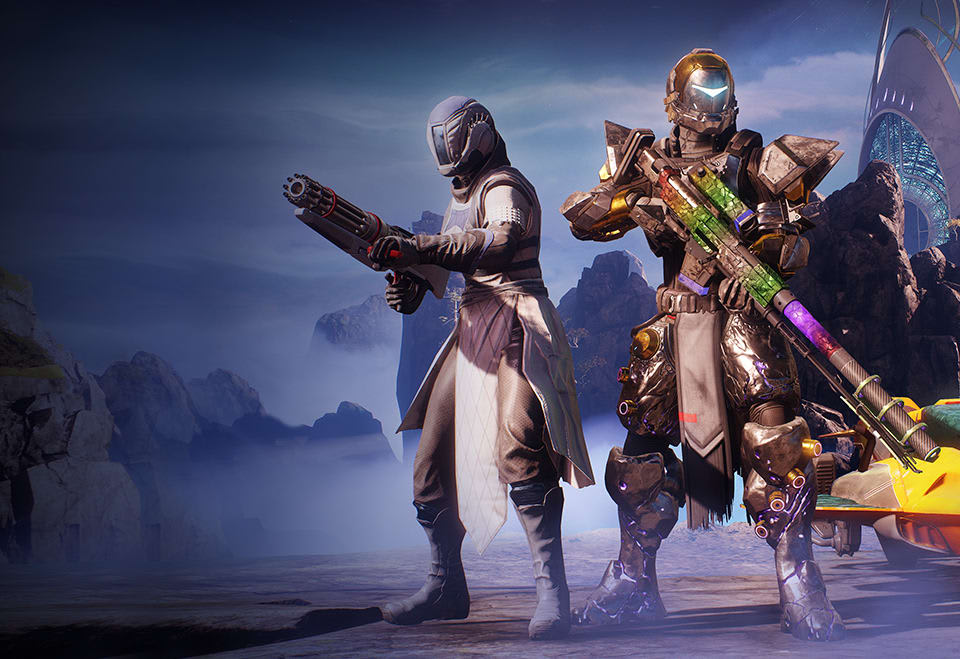 Big changes are coming to Destiny 2. With today's announcement of Destiny 2: Shadowkeep, developer Bungie has a new way to deliver content to its players. When the major expansion lands on on September 17th, the core game will go free-to-play, shifting to "expansion-level, standalone content" for Destiny veterans.

Details of the plot are scarce, but thanks to early leaks we know that Shadowkeep will require Guardians to return to the moon to "journey deep into a mysterious enemy citadel" and "become a slayer of nightmares." Bungie also says that it will feature the return of an old ally.

With the move to free-to-play, the core game will be called Destiny 2: New Light and will feature all year one content, including "foundational modes, activities and rewards."

This represents a change for the Destiny franchise as it seeks to lure gamers away from popular free titles like Fortnite. Previously, players paid upfront for the game and bought big expansions to gain access to new raids, missions and in-game items, either separately or as an annual pass subscription. Now, the core game will stay free, while additional content will be made available in the form of paid "à la carte" offerings like Shadowkeep.

With a rocky start and declining engagement in the face of its more popular competitors, Destiny 2 has been struggling to win back players. It was made available through PS Plus and the base game was even given away for free on PC last year, although only for a short time. One issue the new update aims to address is the requirement for players to have bought older expansions in order to access newer content. That's no longer the case.

The update will also bring more comprehensive cross-platform support to the game. A new cross-save feature allows players to access the same characters from their primary account on different platforms, though for now this is only for Xbox and PC, not PS4. In addition, Bungie says there will be no more platform-exclusive weapons, armor, maps or activities.

If the idea of cloud gaming interests you, particularly Google's new Stadia service, Bungie has some good news. The game will also debut on Google's cloud gaming platform, which is due to launch in November. If you don't have access to a high-end PC, you'll be able to play Destiny 2 through Google Chrome.

Following its split with Activision, Bungie has had to find a new store for its shooter. PC gamers will be pleased to note that Destiny 2 will soon be available on Steam, and can migrate their progress and purchases over for free.

Source: Bungie
In this article: bungie, Destiny, free-to-play, gaming, personal computing, personalcomputing
All products recommended by Engadget are selected by our editorial team, independent of our parent company. Some of our stories include affiliate links. If you buy something through one of these links, we may earn an affiliate commission.