Blipblox is a synthesizer designed for children. The company behind it, Playtime Engineering, even calls it a toy. And it certainly looks like one. It's made out of bright, glossy, primary-colored plastic. The large knobs and buttons are clearly meant for the clumsy hands of a child. Oh, and it's covered in crazy blinking lights that are mostly there for show. But if you start digging a little deeper, you'll find more than just a plaything.

Under the hood is a surprisingly robust digital synth engine capable of producing rich and downright bonkers sounds. In addition to the oscillator there's your usual assortment of synth parameters. There's an amp envelope (though you can only control over the decay), a pair of LFOs, a modulation envelope and a low-pass filter that take the raw sound of the oscillator and turns it into something far more compelling.

But here's the thing: Most of those controls and options have been streamlined or hidden to make synthesis more approachable. For instance, you don't select a wave form yourself; you press a button in the middle to cycle through various algorithms that combine oscillators and modulation schemes in various predetermined ways.

In fact, you won't find the words "cutoff" or "wave shape" anywhere on the front panel. Or any labels, for that matter. There's not even a keyboard here. Instead it comes preloaded with hundreds of melodies and sequences that it automatically and endlessly cycles through... whether you like it or not. The idea here is to avoid the usual prescriptive approach to sound design and encourage experimentation. And that is largely in service of the target audience: children. 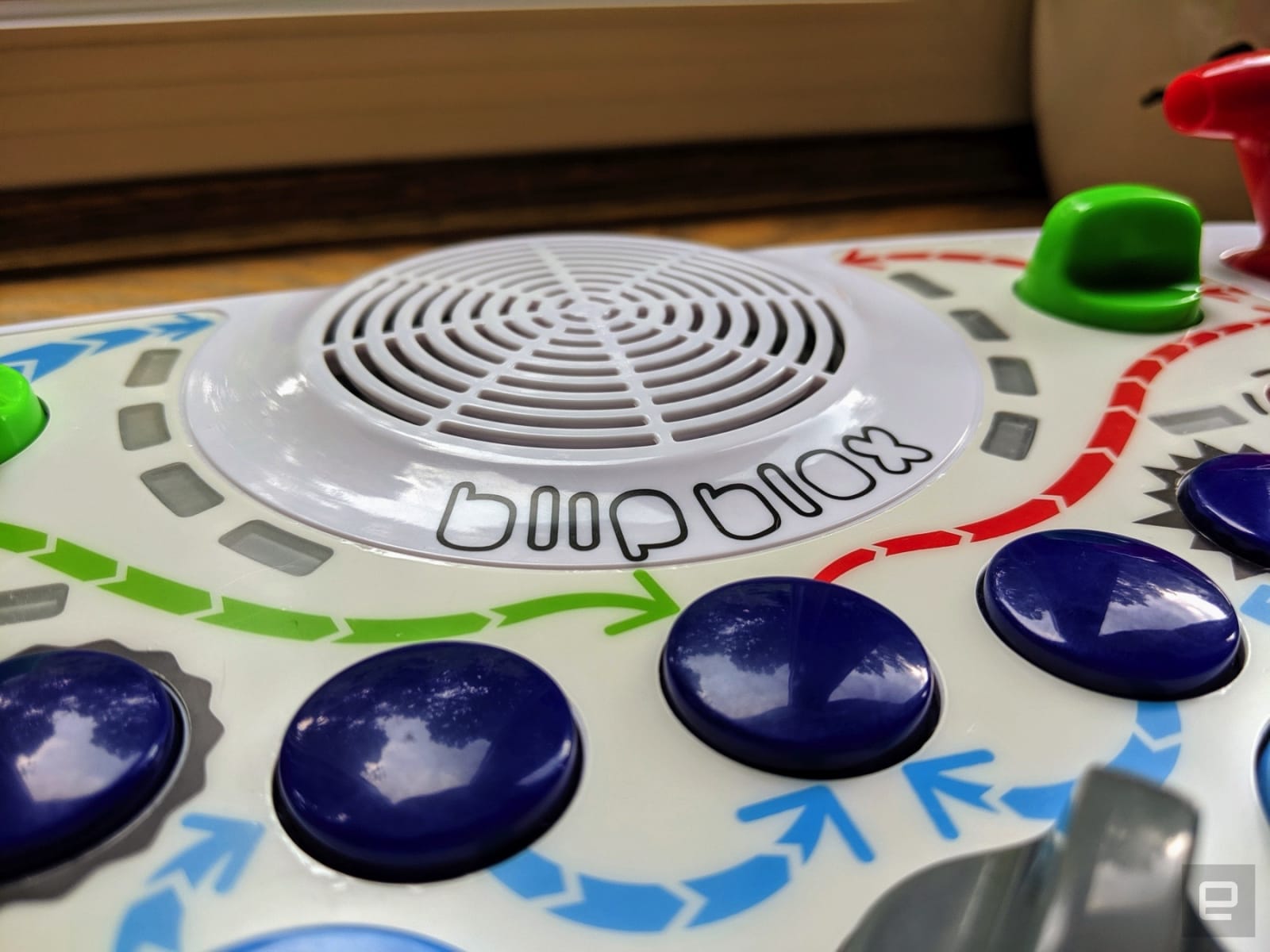 Blipblox is meant for kids as young as three. And I can tell you from experience, most three-year-olds wouldn't understand what an LFO does. Nor would they care. But they can probably piece together that the blue knob makes things sound all wobbly and crazy. And by taking away the keyboard, they're encouraged to focus on how the knobs and buttons affect the sound rather than trying to play a melody. It is, after all, a toy and shouldn't remind kids of their boring piano lessons.

Of course, there's more to do here than blindly turn knobs and hope for the best. The Blipblox is designed to grow with a child. Once they get past the turn-knobs-and-push-buttons-at-random phase -- maybe somewhere between five and eight years old -- kids can start connecting the knobs to their specific functions and learn to follow the signal flow lines on the front. And if they need a little help, there's an online Learning Toolbox that spells everything out: It tells you the big lever on the right controls the cutoff, the light blue knobs on the bottom control the modulation level, and so on. 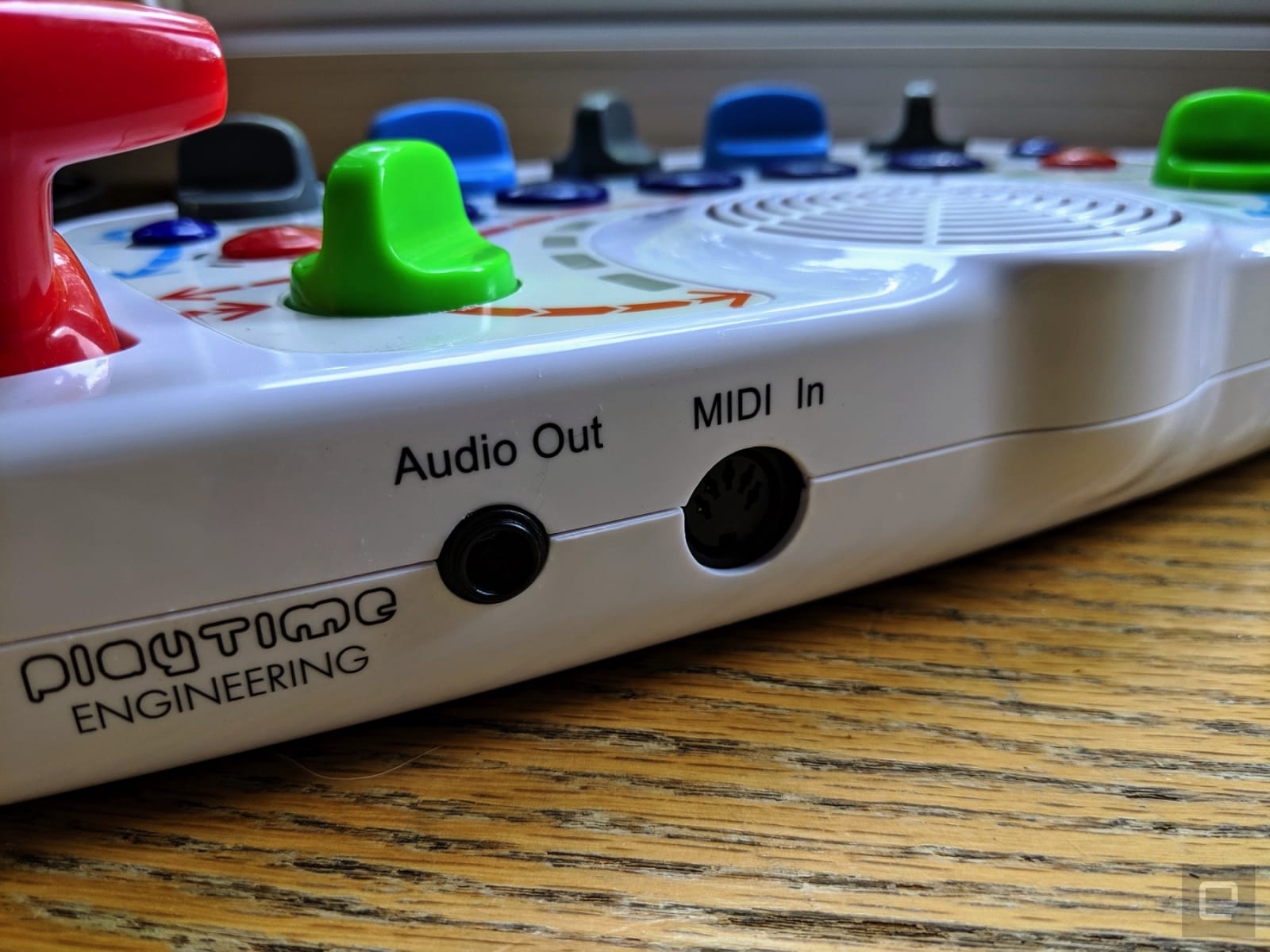 Now, here's where things get fun even for the adults in the room. There are a number of hidden features in the Blipblox that you can unlock using certain button combinations. I won't run through all of them, but the two most exciting are the "bonus wave form" mode and "sequence off" mode. The first of those options adds four more sounds that the company deemed "too crazy" for a younger audience. The latter turns off the relentless internal sequencer and transforms it into a pretty standard if somewhat limited desktop synth. From there you can hook up an external sequencer or keyboard to the standard five-pin MIDI DIN on the back and play it like any other instrument.

That means that even as your child enters their teenage years, they can still get use out of the Blipblox as a source of real music rather than just a source of unending cacophony. Once you play this thing with a real keyboard, plugged into a decent amp, you realize it's not just a noisemaker.

Yes, the Blipblox is shiny and made of rather cheap-feeling plastic. Yes, it's explicitly designed for children. But that doesn't necessarily make it just a toy. And honestly, at $189, it better be more than a toy. That's more than most of Korg's Volca line. You can even find "real" analog monosynths like the Monologue or Arturia's Microbrute used for around that price.

But those instruments can also be intimidating to a child. Blipblox's appeal is in its simplicity and sense of whimsy. And its only competition on that front is the Dato DUO, which takes a different approach to teaching synthesis. It puts more of the "standard" synth controls at children's fingertips and encourages parents to play with their kids. But at this particular moment in time, they're kinda hard to find in the US and cost more than $400. As much as I love my child, I'm not entirely sure he needs to own the most expensive synth in the house. 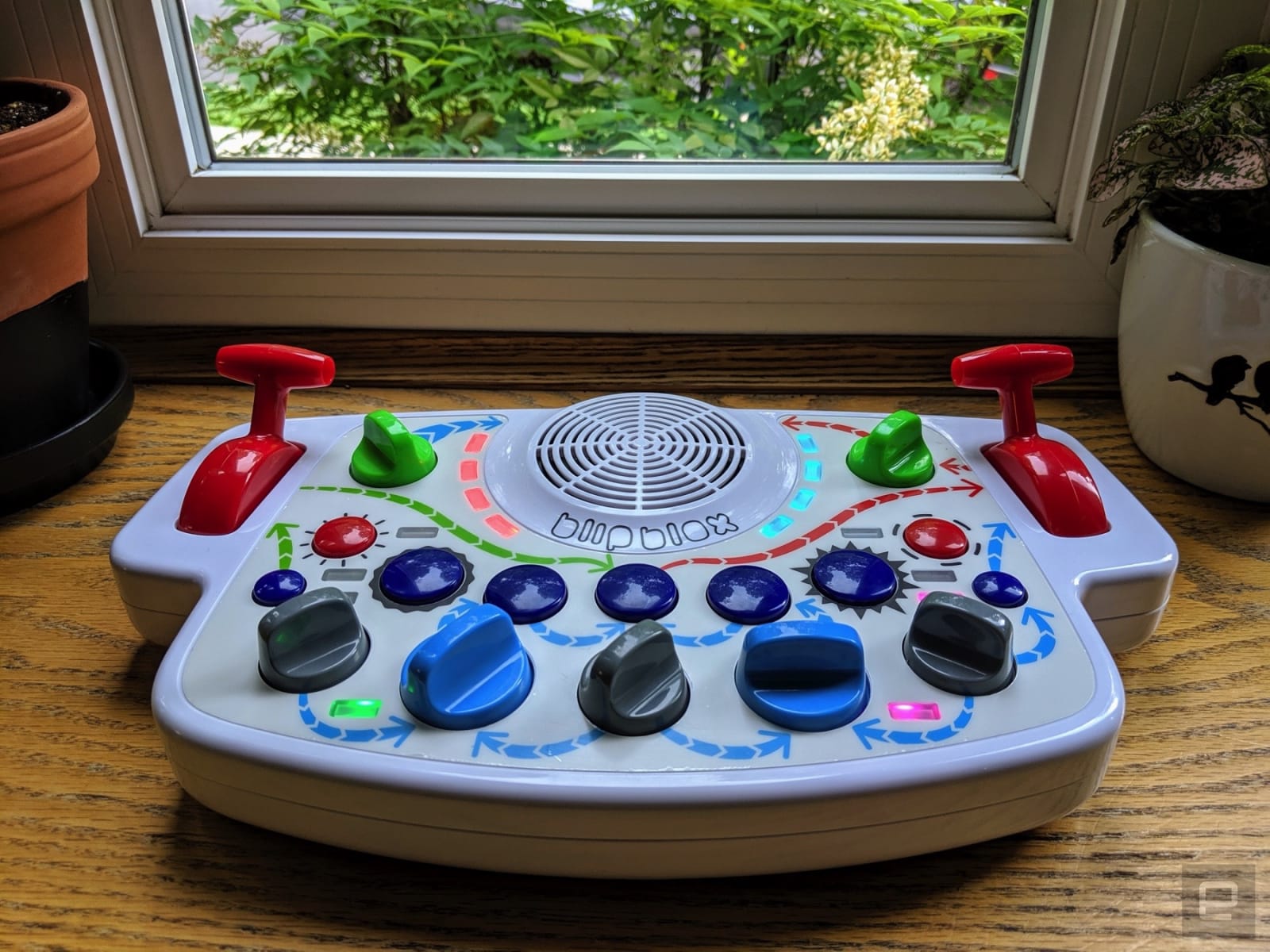 The Blipblox is basically everything you'd expect out of a children's musical toy. It's immense fun. And it will probably drive parents insane. It also feels like a toy, which is the biggest knock against it. It's survived a few weeks with my crazy toddler, but I'm not sure yet if it could survive a few years. It will need to survive that long for him to get the most out of it. Because what sets Blipblox apart from other music toys is that it's a learning tool and an instrument -- not just a way to introduce new forms of noise pollution to your home.

In this article: art, av, blipblox, children, educational, gadgetry, gadgets, gear, hands-on, instrument, kids, music, musical instrument, playtime engineering, synth, synthesizer, toy, toys, video
All products recommended by Engadget are selected by our editorial team, independent of our parent company. Some of our stories include affiliate links. If you buy something through one of these links, we may earn an affiliate commission.