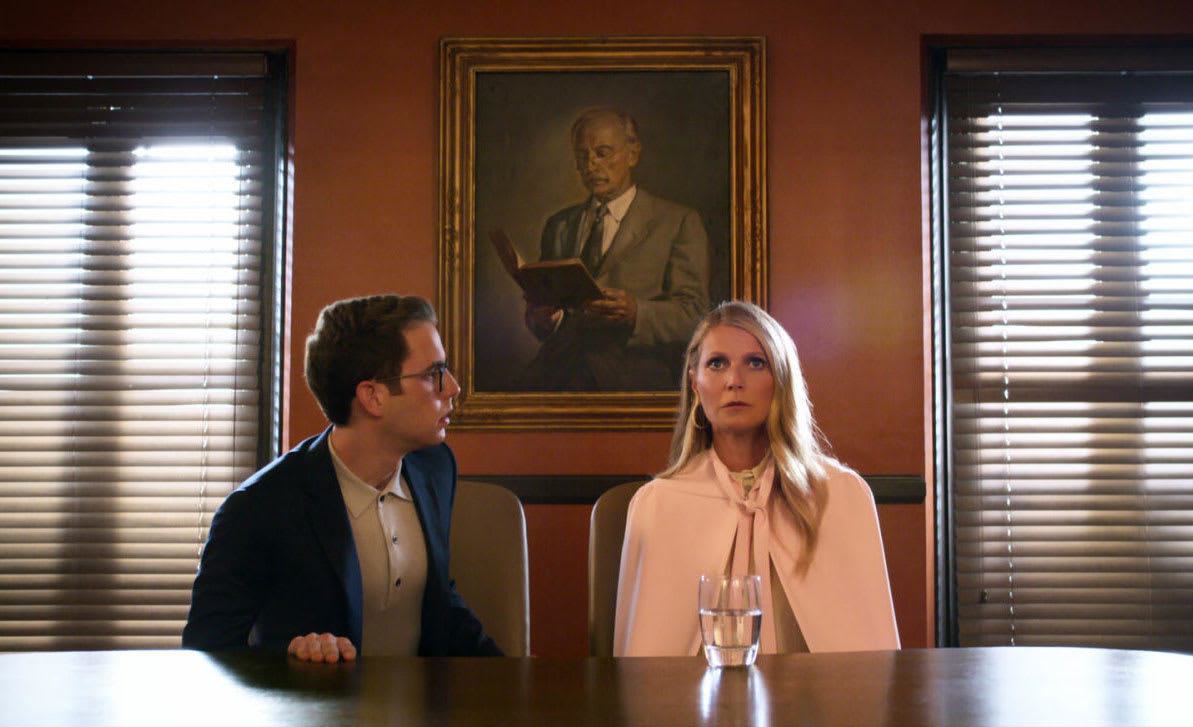 We're edging into the final embers of the summer and as the weather starts to turn for many of us, we'll perhaps find ourselves curled up on the couch a little more often to stream some movies, shows and whatever else happens to be on offer. To wit, Netflix has revealed much of what's coming to its platform in September.

Among the bigger titles debuting next month is the first project stemming from Ryan Murphy's colossal Netflix deal, The Politician (September 27th). It stars Ben Platt as a student who's determined to become president. It also features Gwyneth Paltrow and Jessica Lange. On that same day, Sturgill Simpson's Sound & Fury anime will premiere, as will Skylines, which follows a hip-hop producer who gets involved in organized crime after signing a record deal.

Sacha Baron Cohen's '60s-set series The Spy arrives September 6th, along with new seasons of Elite and Jack Whitehall: Travels with My Father. September 10th brings more Japanese reality treats with Terrace House: Tokyo 2019-20 and two days later, The I-Land arrives to tell the tale of strangers fighting for survival on an island (oddly enough) after their memories have been wiped.

On September 13th, Jon Favreau's The Chef Show returns with more episodes as does Ashton Kutcher sitcom The Ranch. Kabaneri of the Iron Fortress: The Battle of Unato also debuts on that date.

The documentary slate includes Evelyn, about a family that walks the length of the UK in memory of a late relative (September 10th), more Hip-Hop Evolution episodes (September 6th), The Mind, Explained (September 12th) and a docuseries on Bill Gates (September 20th). Also on the schedule is a new season of Abstract: The Art of Design (September 25th), season two of Explained (September 26th) and Hello, Privilege. It's Me, Chelsea (September 13th), which sees Chelsea Handler explore how white privilege has impacted herself and American culture.

On the non-originals front, Lord of the Rings fans might be pleased to see The Two Towers and Return of the King coming back to Netflix September 1st. Also on that date, you can stream The Walking Dead season nine, 300, Marvel's Agents of S.H.I.E.L.D. season six, Scream season three and Superbad. Eat Pray Love makes its way to Netflix September 10th, Surviving R. Kelly arrives September 15th, American Horror Story: Apocalypse drops September 24th and the final season of Gotham hits the platform September 30th.

As always, it's the last call for a string of other shows and movies that are shuffling off Netflix. You'll have to hurry to watch the likes of The Fast and the Furious, 2 Fast 2 Furious, A Clockwork Orange, Batman Begins, The Dark Knight, Californication, Monster House and The Hangover. They and some others are all leaving September 1st.

Mulan also departs then ahead of the Disney+ launch in a few months. Leroy & Stitch and Lilo & Stitch 2: Stitch Has A Glitch (both September 9th) and Pocahontas (September 14th) are also leaving Netflix. Meanwhile, you might have to hurry to finish Portlandia (September 24th) and Parenthood (September 25th) if you're binging those shows.

Coverage: USA Today
In this article: abstract the art of design, abstracttheartofdesign, art, av, batman begins, batmanbegins, bill gates, billgates, chelsea handler, chelseahandler, criminal, david tennant, davidtennant, disenchantment, elite, entertainment, glitch, inside bills brain decoding bill gates, insidebillsbraindecodingbillgates, lord of the rings, lordoftherings, netflix, ryan murphy, ryanmurphy, skylines, sound and fury, soundandfury, streaming, streaming video, streamingvideo, terrace house, terracehouse, the chef show, the dark knight, the i-land, the politician, the spy, thechefshow, thedarkknight, thepolitician, thespy
All products recommended by Engadget are selected by our editorial team, independent of our parent company. Some of our stories include affiliate links. If you buy something through one of these links, we may earn an affiliate commission.