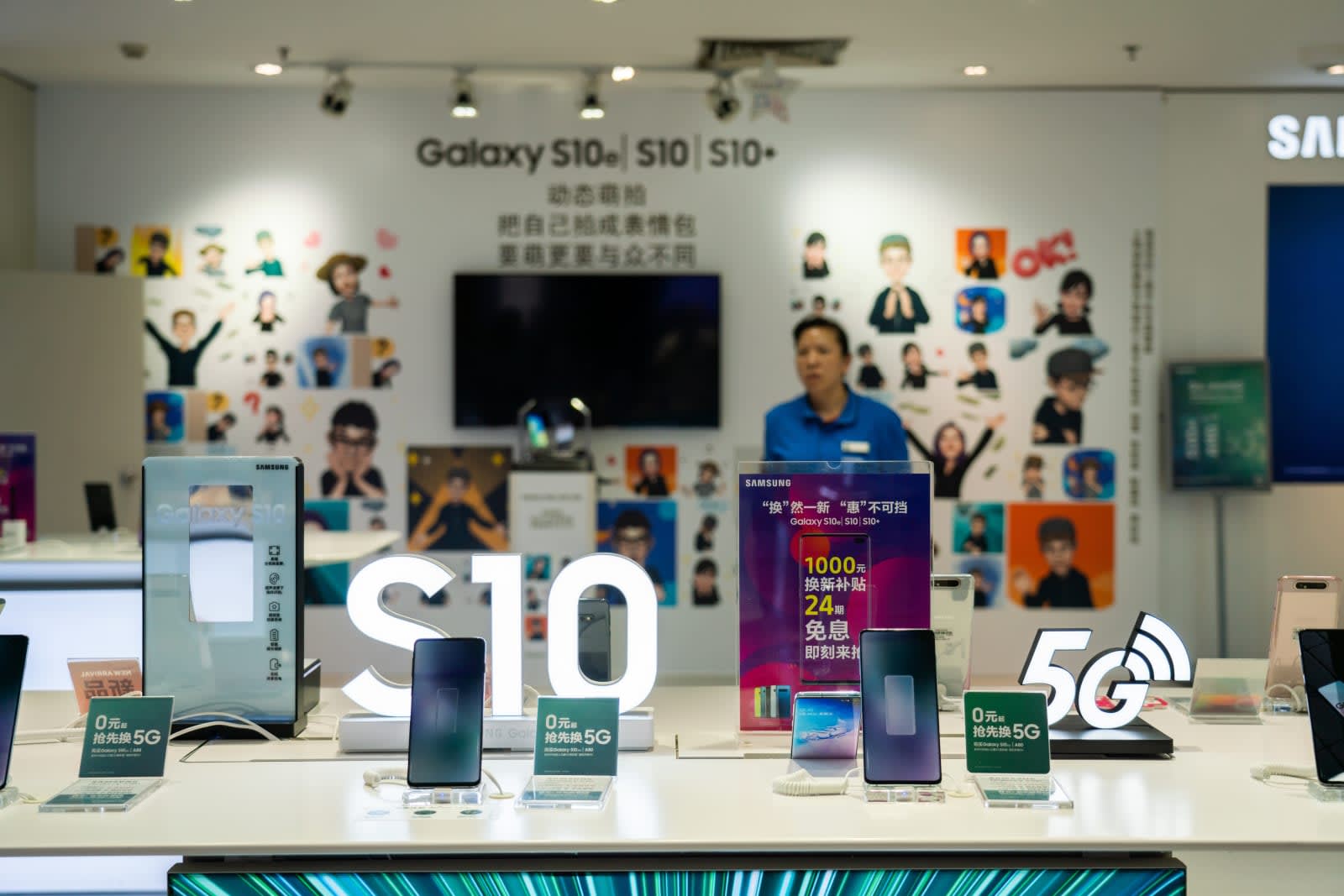 Samsung has made phones in China for ages, but competitive realities are apparently forcing it out. The company has closed its last local phone factory, located in Huizhou, in an attempt to improve efficiency. It's still selling phones in the country, but they'll be made elsewhere in the world. While the company didn't elaborate on its reasoning, it didn't have much reason to stick around -- it was being squeezed out by rivals and economic challenges.

While Samsung is one of the heavyweights in the global smartphone market, it has struggled in China for years. The tech giant has accounted for just 1 percent of Chinese phone buyers for a while, Counterpoint Research found. It's sandwiched between budget phone buyers, who tend to buy primarily from Chinese brands, and high-end customers springing mainly for Apple and Huawei devices. There's not much room in the middle, and handsets like the Galaxy A-series haven't done much to help Samsung's situation. There's not much point to building phones in the country when plants elsewhere are more than up to the job.

The company's manufacturing was already in jeopardy. It suspended one factory late in 2018 and slashed production at Huizhou in June.

There are other factors that might be at play for Samsung and others. Labor costs are growing in China, and an ongoing economic slowdown hasn't helped sales even for more successful smartphone makers. All the odds are against Samsung right now, and it's unlikely conditions will be more favorable in the near future.

Source: Reuters
Coverage: Counterpoint Research
In this article: china, gear, manufacturing, mobile, production, samsung, smartphone
All products recommended by Engadget are selected by our editorial team, independent of our parent company. Some of our stories include affiliate links. If you buy something through one of these links, we may earn an affiliate commission.