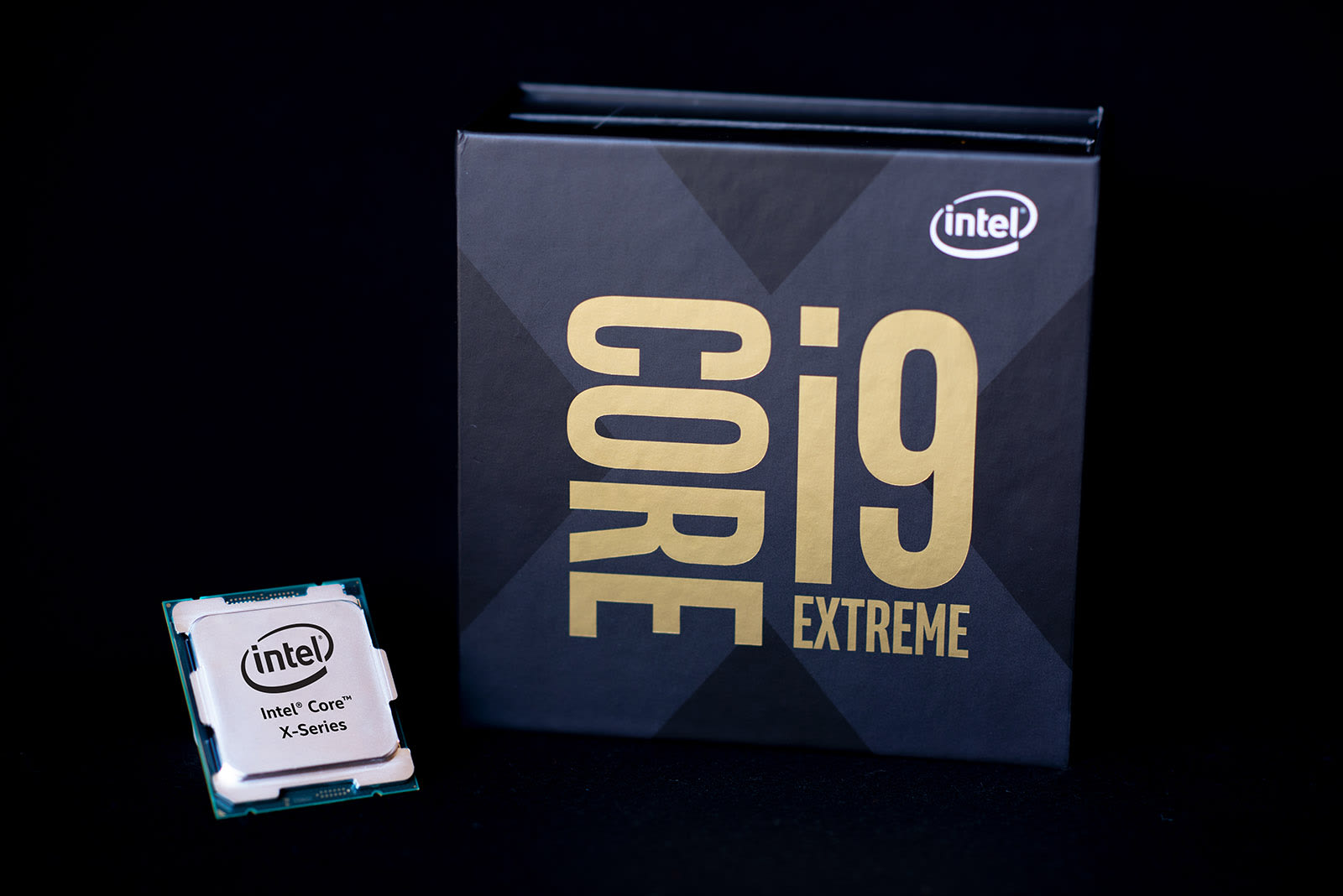 Following a leak last week, Intel has officially revealed performance figures and other data for its 18-core i9 Extreme Edition and other 9th-gen X-Series chips. As we already knew, the 10-, 12-, 14- and 18-core chips can be boosted to speeds up to 4.8 GHz. That will apparently yield a modest performance bump of seven percent for Maya and 3DS Max rendering tasks compared to the last-gen models. The chips will also double the "inference" AI throughput, but that will only be of benefit to deep-learning specialists.

Along with the X-Series CPUs, Intel showed off its latest W-2200 Xeon CPUs. Again, it promised a minor performance increase of 10 percent over the last generation for 3D rendering and 11 percent for 4K editing, with 2.2 times better AI inference performance.

However, Intel lowered the prices of those products significantly, too. The 18-core W-2295 model is now $1,333 compared to over $2,000, while the 10-core model runs $778. Note that these W-series chips are the same ones used by Apple in its iMac Pro series, so hopefully we'll see an update to those models soon.

In this article: 9th-generation, CPU, gear, intel, personal computing, personalcomputing, processors, X-series, Xeon
All products recommended by Engadget are selected by our editorial team, independent of our parent company. Some of our stories include affiliate links. If you buy something through one of these links, we may earn an affiliate commission.