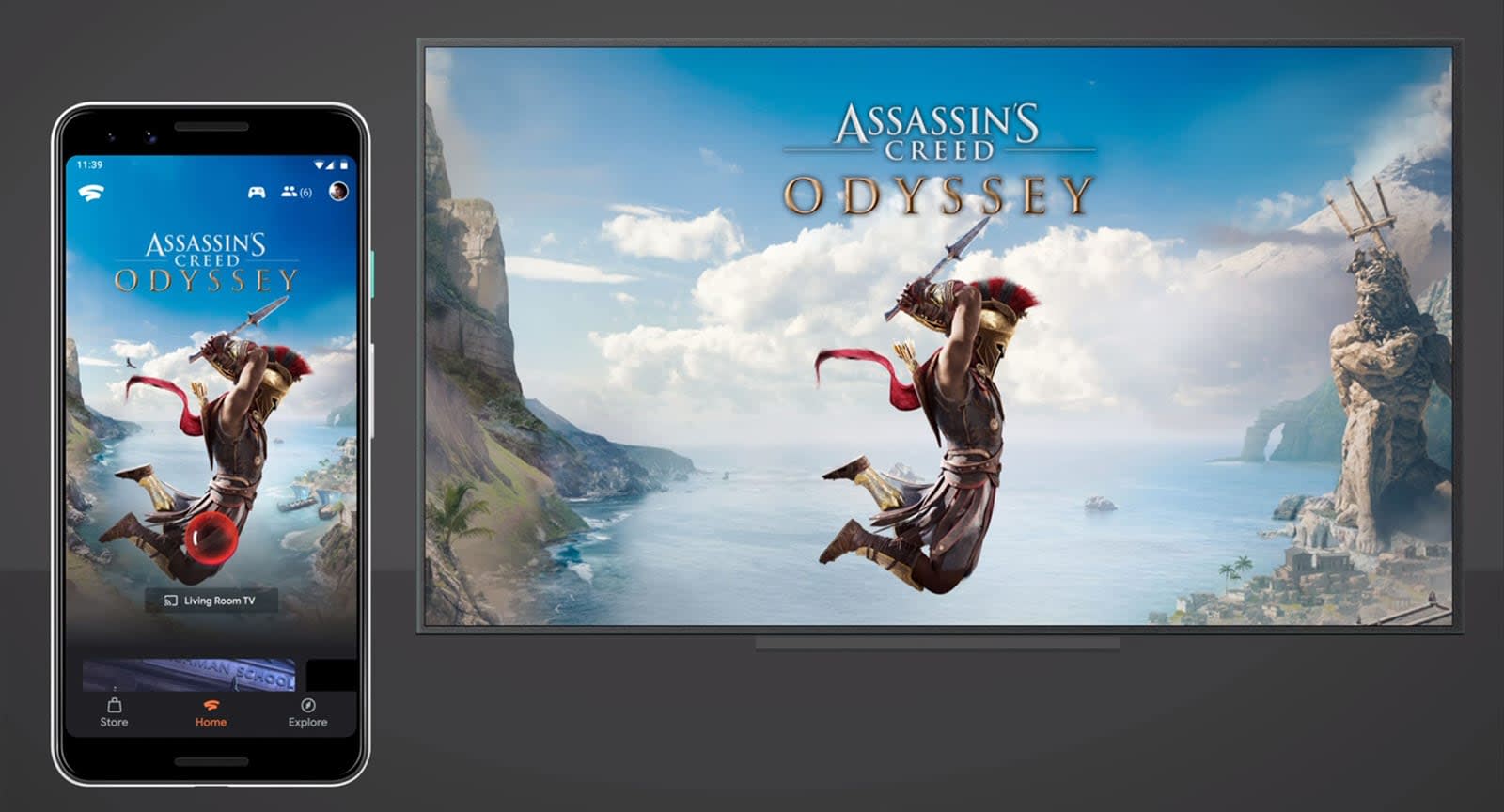 In a run-up to the November 19th Stadia launch, Google did a Reddit AMA showing how game casting will work for the streaming service. Stadia Director of Product Andrey Doronichev and publisher lead Beri Lee also revealed all the things that will be missing at launch, and unfortunately, it's a laundry list. That include support for existing Chromecast Ultra devices (you'll need a firmware update that will be delivered after launch), family sharing, game-sharing features like Crowd Play and more.

So many key features will be missing when Stadia first arrives that you have to wonder why Google didn't push the launch date back a week or two. For instance, your existing Chromecast Ultra will be useless when the first Founders Editions ship. Instead, only the Chromecast Ultras that ship with the the controllers will have the required firmware to play the games. "We will be updating the existing CC Ultra's over the air soon after launch," Doronichev said.

Family Sharing isn't going to work at launch for Stadia. The team recommends just going ahead and buying a second version of that $60 game so your kid can play on their account, and then eventually you'll be able to share other games.

Family Sharing won't come until early next year, and in the meantime, Google said that you'll have to buy a second copy of a game for your kid's account. However, you can at least control what they play using the parental dashboard.

Founders Edition buyers will be disappointed to know that they won't have any friends to play with, either, as Buddy Passes won't be sent out for weeks after launch. Those would have allowed you to give your friend a three-month Stadia subscription and were a key selling point of the Founders Edition.

It could take a few days after the November 19th launch to get your controller, so you'll have to play with a keyboard or mouse to start with. Finally, you won't see your achievements until shortly after launch, though you will be able to earn them. (For a more complete list of missing features, see this tweet thread from @russelholly.)

Google said it's taking the same gradual rollout approach it did with other products like Search and YouTube. "We always start with nailing the key user-journey and then proceed with releasing extra features. YouTube started with 'watch video.' For Stadia it's 'Play the Game on your biggest screen,'" said Doronichev.

On the plus side, the team also gave some demos demos of the home screens, setup, friends lists, settings and more. From the Home tab, you can choose to play games on your phone or via Chromecast, much as you can with Netflix, for instance. A menu system lets you choose stream quality and data usage, with "Best visual quality" at 4K HDR resolution consuming up to 20GB per hour, and "Limited data usage" using 4.5GB per hour at 720p. The "Balanced" setting, meanwhile, lets "Stadia determine the best experience, based on your internet connection speed," according to the screens.

Google also showed off the "friends list" that slides up from the bottom of the screen when you tap the people icon next to your profile. Your own status is displayed as online, idle, busy and offline. It also demonstrated how you'll connect to the Stadia controller via your phone the first time you use it. After that, you'll just need to click your controller's Stadia button.

Finally, the AMA revealed a few more details about the TV home screen, showing your avatar, last game played and a "your games" carousel. A side drawer shows the connection quality and how to access friends. All told, Google made the Stadia interface pretty easy to follow, borrowing liberally from other consoles. All that remains to be seen now is how well the streaming system will work, and we'll know the answer to that very soon.

Source: Reddit
In this article: Android, av, Chromecast, gaming, google, Interface, iOS, Reddit AMA, Stadia, Streaming
All products recommended by Engadget are selected by our editorial team, independent of our parent company. Some of our stories include affiliate links. If you buy something through one of these links, we may earn an affiliate commission.