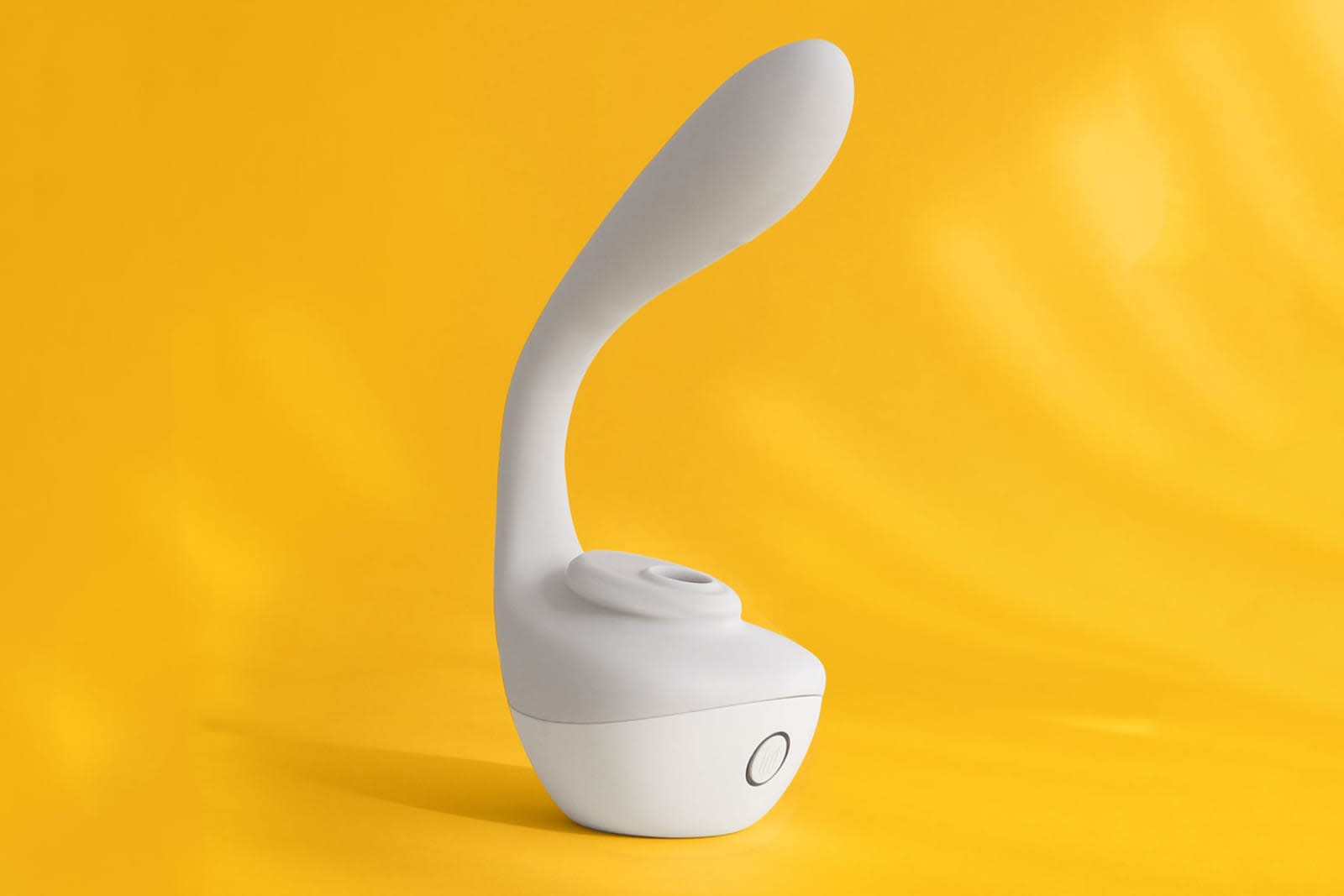 Osé, the sex toy that received a CES Innovation Award, lost it, and then won it back again, is finally ready to pre-order. The device sparked a debate about gender bias in the tech industry and what can, and cannot, be exhibited at the world's biggest tech trade show. Now, a year on from making headlines across the world, the device is finally available for pre-order.

Osé is a massager offering "blended orgasms," that stimulate a person inside and outside their body at the same time. Creator Lora Haddock said that after experiencing one for the first time, the former Navy officer quit pre-med to build a device that could make them. She also harnessed modern research on how women's pleasure is derived, rather than relying upon outdated notions about how their bodies work.

Her research led her to conclude that there were no toys on the market that offered a blended orgasm, and so she tracked down a robotics expert to help her build one. "I went to Oregon State [University] to meet with Dr. John Parmigiani," the university's associate professor of mechanical engineering. "Nine months later, we had a prototype," she added.

In late 2018, prototype in hand, Haddock applied to exhibit at CES 2019, submitting the Osé for one of the show's coveted innovation awards. It was initially accepted, and won an award in the Robotics and Drone category, a big deal for any startup. A month later, however, organizers said that Osé would not receive the award, or be allowed to exhibit at the show.

The CTA, which runs CES, has a strained relationship with sextech, something that we covered in this extensive report from 2016. Between 1998 and 2011, CES ran concurrently with the Adult Entertainment Expo (AEE), and there was even an "adult" section at the tech show. These days, AEE runs in Las Vegas several weeks later, and the CTA has worked to distance itself from sex products and services.

In an email to Haddock at the time, the CTA said that Osé was deemed to "be immoral, obscene, indecent, profane or not in keeping with CTA's image" and thus disqualified. Haddock published an open letter, saying that "gender-bias at CES is stifling innovation." She added that "There is an obvious double-standard when it comes to sexuality and sexual health."

News of the decision went beyond the tech press, and was covered widely, including by BBC News and The New York Times.

Then, in May, the CTA eventually handed Osé the innovation award it had originally applied for, and won. In July, the CTA announced that it would allow sextech companies to exhibit at CES 2020 on a one-year, trial basis. "CTA is committed to evolving and continuing to create an experience at CES that is inclusive and welcoming for everyone," wrote CES EVP Karen Chupka.

CES 2020 will allow sextech companies to exhibit their "tech-based sexual products" so long as they can demonstrate the products is innovative and "include new or emerging tech." It will also partner with Female Quotient to launch a space, at the show, to "advance gender equality." The body has also outlined a new dress code designed to dissuade "sexually revealing" clothing and "excess [...] bare skin," to hopefully outlaw the practise of hiring so-called booth babes.

Haddock doesn't believe that the sex-tech allowance will last for a single year, however. "You're not gonna stop those floodgates," she said, "they've opened, conversations have started." She also said that the CTA has an opportunity now to "mold the conversation" in a way to make people more comfortable with the topic.

Apart from that, however, Haddock has spent the last 12 months working on turning the Osé prototype into a finished product. "We've finally gotten through the re-engineering, end-user testing, and had some very emphatic feedback from users," said Haddock.

Pre-orders for Osé begin today for people signed up to the Lora DiCarlo mailing list, with orders opening to the general public on December 2nd. It'll cost $290 and is expected to begin shipping in 4-6 weeks, which is likely the middle of January. You know, just after CES 2020 closes its doors.

In this article: Adult Themes, CES 2019, CTA, gear, Lora Dicarlo, Lora Haddock, Ose, sex, Sextech
All products recommended by Engadget are selected by our editorial team, independent of our parent company. Some of our stories include affiliate links. If you buy something through one of these links, we may earn an affiliate commission.