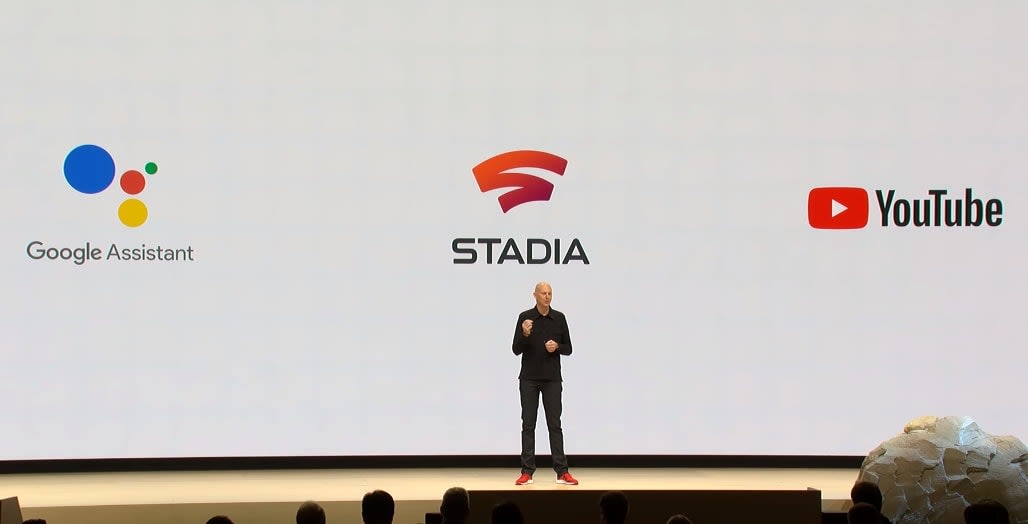 When Google unveiled Stadia, its cloud-based streaming games platform, it showed off a button on the controller that linked directly to its Google Assistant AI helper. The idea is that players will be able to easily pull up tips and relevant information without even losing their game, however it wasn't quite ready for the service's playable-but-fragile launch last month.

In a community update the company confirmed that it has rolled out "some Google Assistant functionality for your Stadia Controller." On Twitter, @StadiaDaily and @theStadiaCrowd confirmed that the feature works for players who are using it via a Chromecast Ultra. However, at the moment it only works on the Stadia home screen and isn't usable in-game. On Reddit Google said that right now players can use it to launch games, and the videos posted show players using Assistant pretty much as normal to answer questions.

Eventually Google Assistant may bring some exclusive experiences to gaming in the cloud, but right now it's less functional than the Xbox One integration that can turn the system on and off, launch games and take screenshots.

BREAKING: Google Assistant is now available on #Stadia! It can be enabled in-app, but functionality is currently limited to the home screen. pic.twitter.com/nTfTgAcQnH

Here's an example of the interesting things Google Assistant will be able to do on #Stadia. Once this is enabled in-game, it will be even better!

Apologies for the phone footage 👀 pic.twitter.com/f8HkehBQNm

Source: The Stadia Crowd (Twitter), Stadia Daily (Twitter), r/Stadia
Coverage: Stadia Source
In this article: cloud gaming, gadgetry, gadgets, gaming, google, google assistant, google stadia, stadia, youtube
All products recommended by Engadget are selected by our editorial team, independent of our parent company. Some of our stories include affiliate links. If you buy something through one of these links, we may earn an affiliate commission.