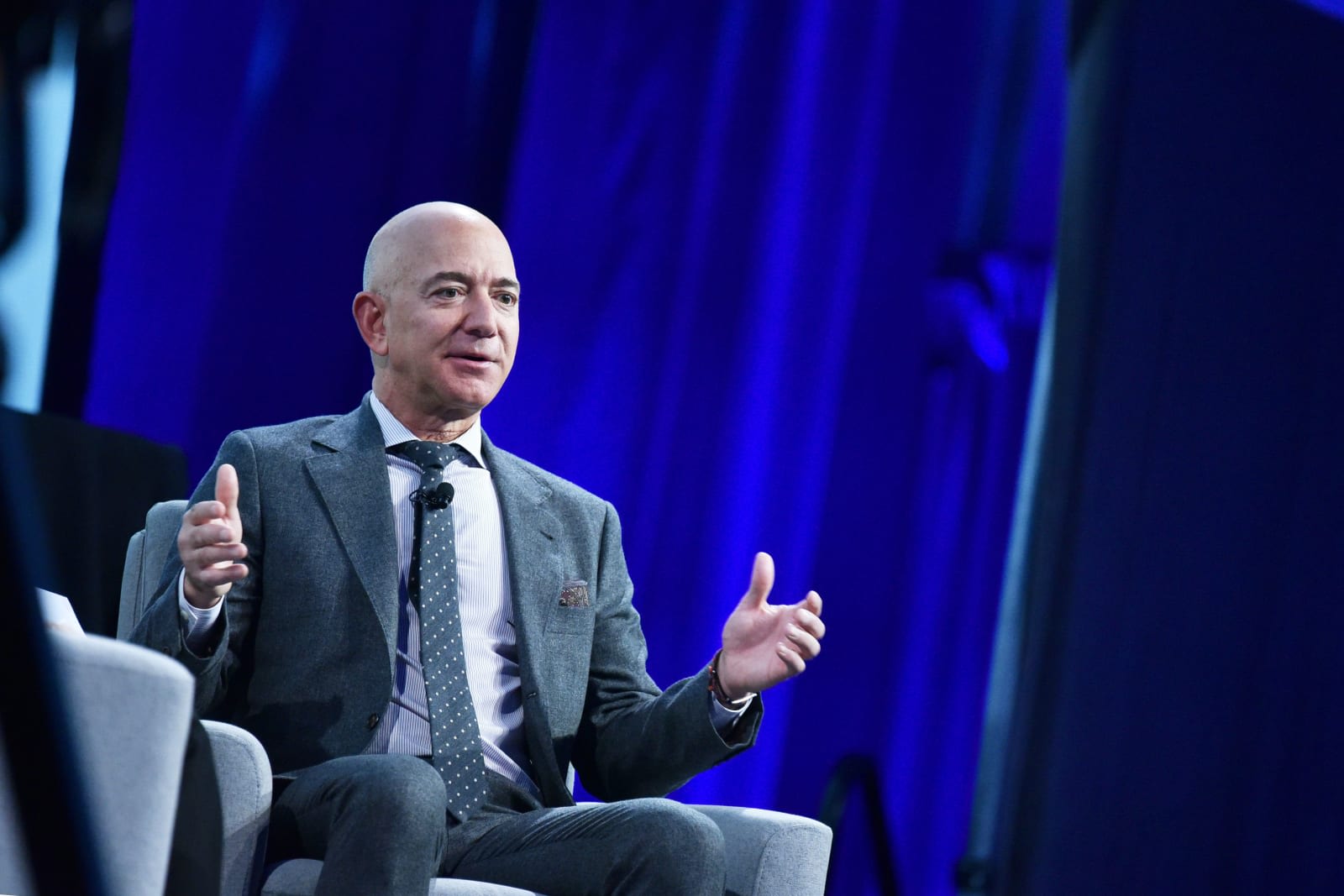 Don't expect Amazon to follow companies like Google in changing its mind on military contracts. Jeff Bezos told guests at the Reagan National Defense Forum that the US is in "big trouble" if large tech companies are "turning their back" on the Defense Department. He further argued that Americans were "the good guys," and that it was imperative that the US maintained advantages over rivals in areas like spaceflight, where China appeared to be catching up.

Bezos likewise made it clear that Amazon would continue to fight for more military business even after the Pentagon spurned it in favor of Microsoft for the JEDI contract. "We are going to support the Department of Defense, this country is important," he said.

The tech pioneer isn't uniformly supportive of the government, and Amazon has accused the Defense Department of handing the JEDI contract to Microsoft due to President Trump's avowed anti-Amazon bias. Bezos is already steeped in public sector business, though, including contested facial recognition projects and long-term plans for Blue Origin to handle military rocket launches.

His tone isn't that far off from Microsoft, which has defended its military contracts against employees who objected to their work being used for combat-related purposes. It suggests that there won't be much sympathy for critics in at least some bigger tech companies. These executives have firm agendas, and they expect their staff to follow through regardless of ethical concerns.

Source: Reuters, Financial Times
In this article: amazon, business, defense department, department of defense, gear, internet, jeff bezos, military, pentagon
All products recommended by Engadget are selected by our editorial team, independent of our parent company. Some of our stories include affiliate links. If you buy something through one of these links, we may earn an affiliate commission.