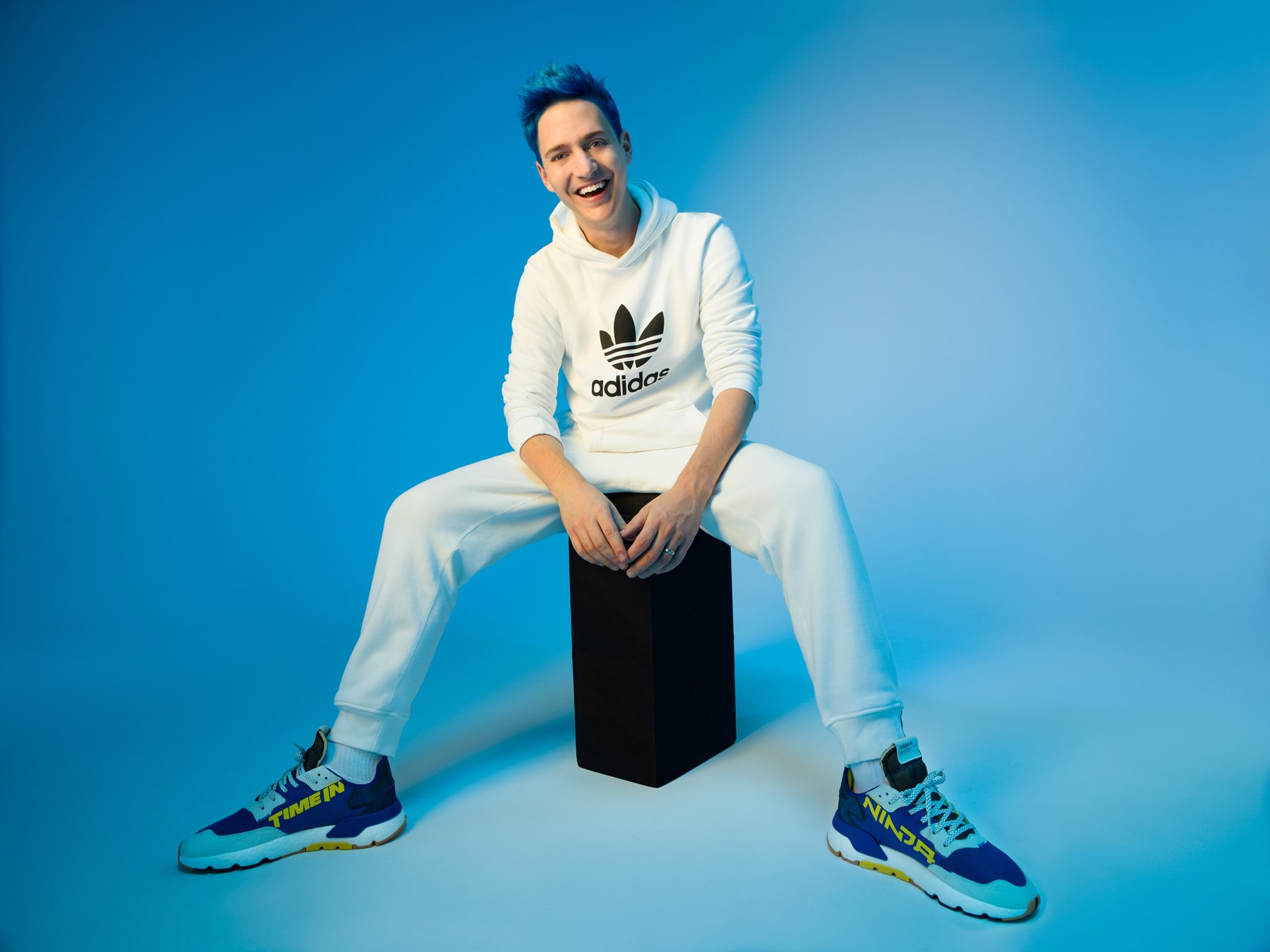 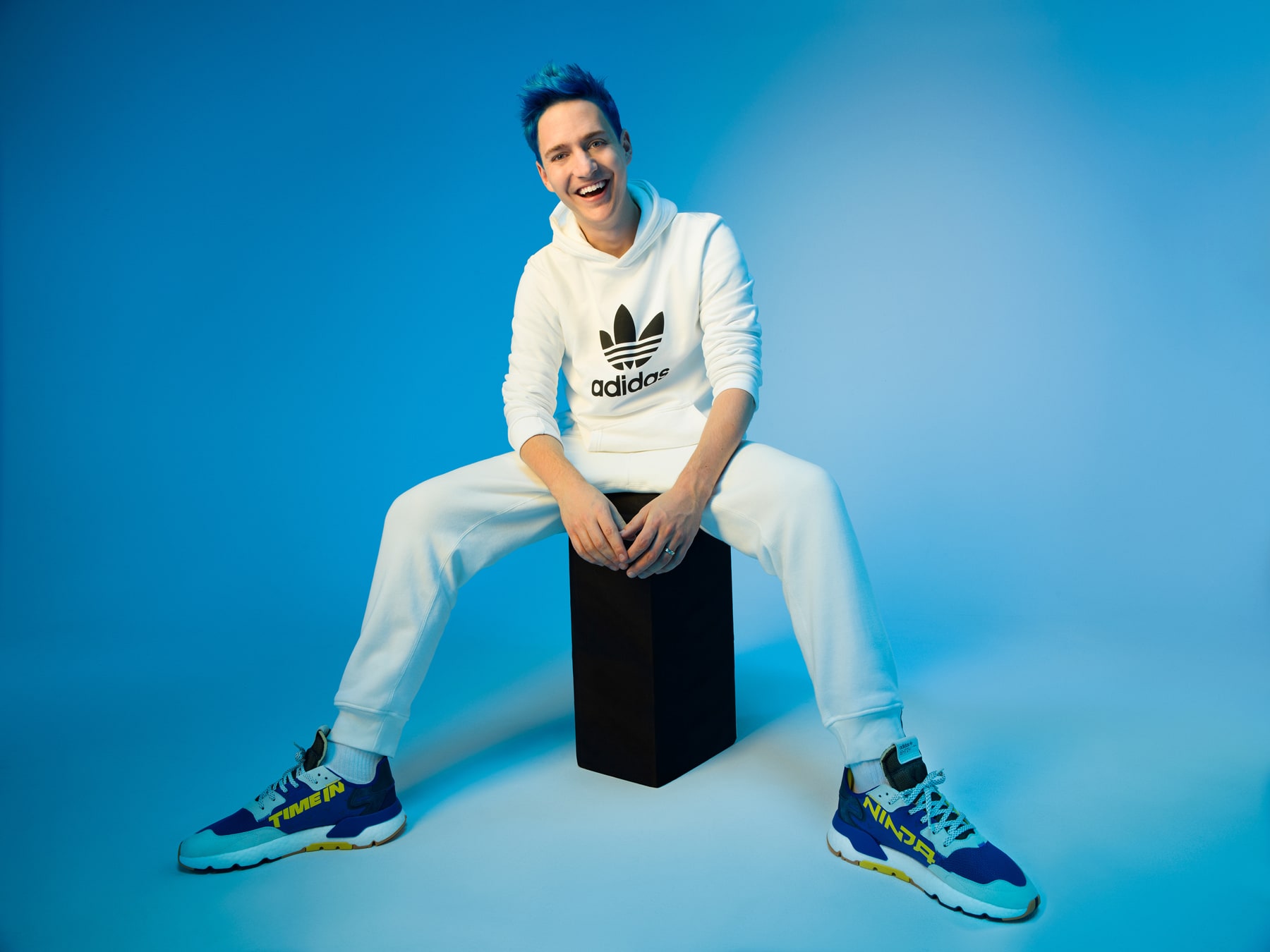 For the longest time, Twitch was the undisputed champ of video game live streaming. The Amazon-owned platform has the highest number of 'broadcasters' and, more importantly, viewers watching, chatting and donating in real-time. For most full-time streamers, switching to any other platform felt like economic suicide.

Then, on August 1st, the most popular and recognizable gamer in the West, Tyler "Ninja" Blevins, signed an exclusive streaming deal with Mixer, a rival platform owned by Microsoft. "I'm going to get back to the streaming roots," he said in a short video posted on Twitter. "That's what this is all about. I love you guys, and obviously [my] streams are just going to be the exact same. I'm looking forward to seeing you guys on the platform."

On a recent episode of YouTuber Brian Davis' The True Geordie Podcast, Ninja explained that he had "wanted to make it work" with Twitch and spent roughly eight months trying to renegotiate with the company. The streamer wanted "a little bit more freedom," he told Davis, but couldn't come to an agreement. "They just weren't budging," he said.

Blevins and his team then started talking to Mixer. Within two weeks, he told Davis, all the negotiations were complete. "It was so simple, so quick," the live streaming superstar recalled. The terms of the deal were not disclosed, though some have suggested it is worth $50 million.

The departure was an unexpected blow to Twitch. Still, a single streamer -- even one that many consider the face of Fortnite, a battle royale pop-culture phenomenon -- didn't have the viewership to completely disrupt and dethrone a platform. Twitch simply had to move forward and ensure Ninja's move was a rare exception.

The situation worsened, though, when Twitch started recommending other Fortnite streamers on Ninja's now-dormant channel. "I wanted to say something," Blevins told Davis. "But I [knew that] people would just flame me for it. There would be too many people who were like, 'Oh well you left man, so they can do whatever they want.'" The Adidas and Red Bull-sponsored streamer stayed quiet until a pornographic video popped up as one of the channel's suggested streams. For a professional gamer with a family-friendly image, it was a nightmare scenario. "Disgusted and so sorry," he tweeted on August 11th.

The NSFW imagery was a PR disaster for Twitch.

The NSFW imagery was a PR disaster for Twitch. Emmett Shear, the company's CEO, apologized to Ninja and explained that the platform had been "experimenting" with suggested streams to help viewers discover new creators. "However, the lewd content that appeared on the Ninja offline channel page grossly violates our terms of service, and we've permanently suspended the account in question," he said on Twitter. "We have also suspended these recommendations while we investigate how this content came to be promoted."

Blevin's turbulent departure was counterbalanced with a near-perfect Mixer launch. For a limited period, anyone could nab a one-month channel subscription -- which now costs $5.99 per month -- and access various perks, such as custom emotes and ad-free streams. The deal, combined with Blevin's popularity and the interest surrounding his switch, helped the mega-star influencer rack up over one million subscribers in his first week.

High-profile streamers, it seemed, had suddenly realized their value. Yes, they all need a home, and Twitch has the largest live streaming viewership on the internet. At the same time, though, the Amazon-owned company needs creators who can champion its platform and attract viewers, advertisers and up-and-coming streamers. If creators leave in droves, that's a huge problem for the platform -- the video game equivalent of an artist exodus from Spotify or Apple Music, or every TV network pulling their shows off Netflix.

"The platforms have changed their thought process around influencers, the content they create and the value associated with that," Brandon Freytag, founder of Loaded told Engadget. "They've now said 'Okay, we understand that this content and this person and this IP is valuable beyond the standard that's created.'"

"It's not just that they're leaving for money. They're changing the way that they monetize."

The Twitch exodus proves that streamers are interested in the money that rival platforms can offer them. Exclusivity payments -- some of which are paid in regular instalments, rather than one lump sum -- are a guaranteed source of income that removes some of the pressure to stream every day and consistently attract new subscriptions and donations. "It provides that extra layer of security," Devin Nash, CMO of streaming talent agency N3RDFUSION said in a YouTube video."It's not just that they're leaving for money. They're changing the way that they monetize."

The financial safety net also allows streamers to experiment with new types of content -- vlogs, podcasts, unboxings and more -- and work toward being a mainstream 'celebrity' without worrying about the impact it will have on their monthly paycheck. "Some [creators] just want to focus on streaming," Freytag explained, "and those platform deals are associated and focused around that goal. And then there are others like the [Ninja] situation, where it allows them to get out and go to Europe and travel, and do all these [other sorts of] things."

Many live-streaming fans are unhappy with these deals. Some hate the specific 'big tech' companies that are behind Twitch alternatives. Others don't want to platform hop to keep up with their favorite streamers, or they think that Facebook, Mixer or YouTube offer an inferior experience for viewers.

Frustrated fans are also asking an obvious question: Is the money worth a huge drop in viewership and, potentially, long-term relevancy? Possibly. Some streamers are discovering that the audience dip isn't so bad. According to live-streaming specialist StreamElements, Twitch had a 75.6 percent audience share in Q3 2019, while YouTube Gaming, Facebook Gaming and Mixer had 17.6 percent, 3.7 percent and 3.2 percent, respectively. Ninja, meanwhile, is attracting roughly 10,000 viewers on Mixer, down from 30,000 on Twitch.

Many live-streaming fans are unhappy with these deals.

"Hypothetically, I should have had 2,500 viewers every single stream," Blevins told Davis on The True Geordie Podcast. "It's actually incredible. I still get people who are like, 'only 8,000, only 9,000 [viewers]?' And I'm like 'homie, do you know how great that is on this platform right now?'"

Some high-profile streamers have experienced a larger plunge in viewership after leaving Twitch. But there's a chance these creators actually prefer a smaller community. Those who jumped platform with them are likely the fans who will provide financial support and be positive in the text-based chat room that runs alongside their streams. Sure, the concurrent views might be lower, but do they really matter if all those extra people were stressful to moderate and never contributed a dime to their income?

Excited to reach more people around the world, continue to give back and lose bets to chat.

The big streamers who left Twitch are hoping they can build and eventually surpass their previous subscriber numbers, too. YouTube Gaming, Facebook Gaming and Mixer are dramatically smaller than Twitch, but all three live in the shadow of a larger user base that could, if leveraged correctly, help them surpass the market leader. YouTube Gaming, for instance, has swathes of dedicated viewers who have never watched a live stream and only consume on-demand uploads. Facebook, meanwhile, has over a billion social network users, and Microsoft-owned Mixer is intertwined with the Xbox, Game Pass and xCloud ecosystem.

Microsoft's next console, for instance -- a PC tower-shaped box called the Xbox Series X -- has a controller with a dedicated Share button, which will almost certainly support Mixer. "Mixer has over 30 million monthly active users and has grown rapidly since its launch in May 2017," a Microsoft spokesperson told Engadget. "Since that time, the total number of hours that viewers have spent watching content each month has grown nearly 17x."

These conversions aren't guaranteed, though. YouTube Gaming, for instance, once had a dedicated site and app that massively flopped. And Facebook Gaming is buried in a part of the social network that many people are unaware of.

Many creators feel ignored by the people who run the gargantuan platform.

Still, there are other reasons streamers have abandoned Twitch. Many creators feel ignored by the people who run the gargantuan platform, for instance. Some are also unhappy with the company's moderation rules and decisions. As part of their exclusive deals, Mixer, Facebook and YouTube can promise better access to people who can fix problems. "On any given day, a creator will hear from and interact with a partner manager, an engineer or a product manager," a Facebook Gaming spokesperson told Engadget. "We also spend a lot of time thinking about how we maintain this level of close interaction as we scale and add more creators to the program."

In addition, there's a chance Twitch's rivals offer better support -- both on a technical and business-management level -- to help them set up charity events, regular guest appearances and other projects they might not have done before. "Working closer with Xbox is not only going to help us propel what we're doing, but also propel what has always been important to the channel, which is doing good in gaming," King Gothalion said on Twitter. "Everything from helping broadcasters establish themselves, mentoring the growing broadcasters, raising money for charity and putting on events like GuardianCon and GCX. It just made sense to have a partnership like this."

Platforms can sweeten the deal, too, with early access to new platform features and, in special cases, lucrative content. Amazon owns Thursday Night Football, for instance, which allows select creators to broadcast the games with their own commentary. In a rare moment of financial transparency, Pittsburgh Steelers wide receiver Juju Smith-Schuster revealed on stream that he was paid $100,000 to watch an NFL game with Timothy "TimTheTatman" Betar. Mixer, meanwhile, could give Ninja an early look at the next Halo shooter, and Facebook has the ability to connect creators with the team at Instagram -- one of the most important social networks for influencers -- to ensure they're using its tools effectively.

December was a turning point for Twitch, though. The month started with popular Smash Bros. streamer Gonzalo "ZeRo" Barrios and two Spanish creators, xFaRgAnx and Augustin51, signing for Facebook Gaming. But then three massive streamers represented by Loaded -- Benjamin "DrLupo" Lupo, Saqib "LIRIK" Zahid and TimTheTatman -- announced they were sticking with Twitch. Esports consultant Rod "Slasher" Breslau suggested that these deals were worth "millions of dollars per year."

It's another turning point for the industry. Unlike YouTube, which has effectively zero competition in the user-uploaded video space, Twitch has some rivals it needs to take seriously. The Amazon-owned company is still the market leader, but now has to fight harder -- and spend money when necessary -- to lock down talent and stop them from switching to Mixer, Facebook Gaming, YouTube Gaming and Caffeine.

Creators, meanwhile, are starting to experiment with their personal brands and businesses. The biggest streamers can still earn an enviable wage from subscriptions and donations, but many are now looking to evolve and diversify beyond that, with merchandise, podcasts and startup ventures. "Michael Jordan, he didn't just play basketball, he created a shoe with Nike and a brand around that with Air Jordan and grew that to the point where he makes more money on that than he does playing basketball," Freytag explained. The pressure is now on Twitch to figure out its role in that transition and the best way it can support some of the industry's most ambitious creators.

In this article: amazon, entertainment, facebook, facebook gaming, gaming, google, internet, microsoft, mixer, ninja, services, twitch, yir2019, youtube gaming
All products recommended by Engadget are selected by our editorial team, independent of our parent company. Some of our stories include affiliate links. If you buy something through one of these links, we may earn an affiliate commission.