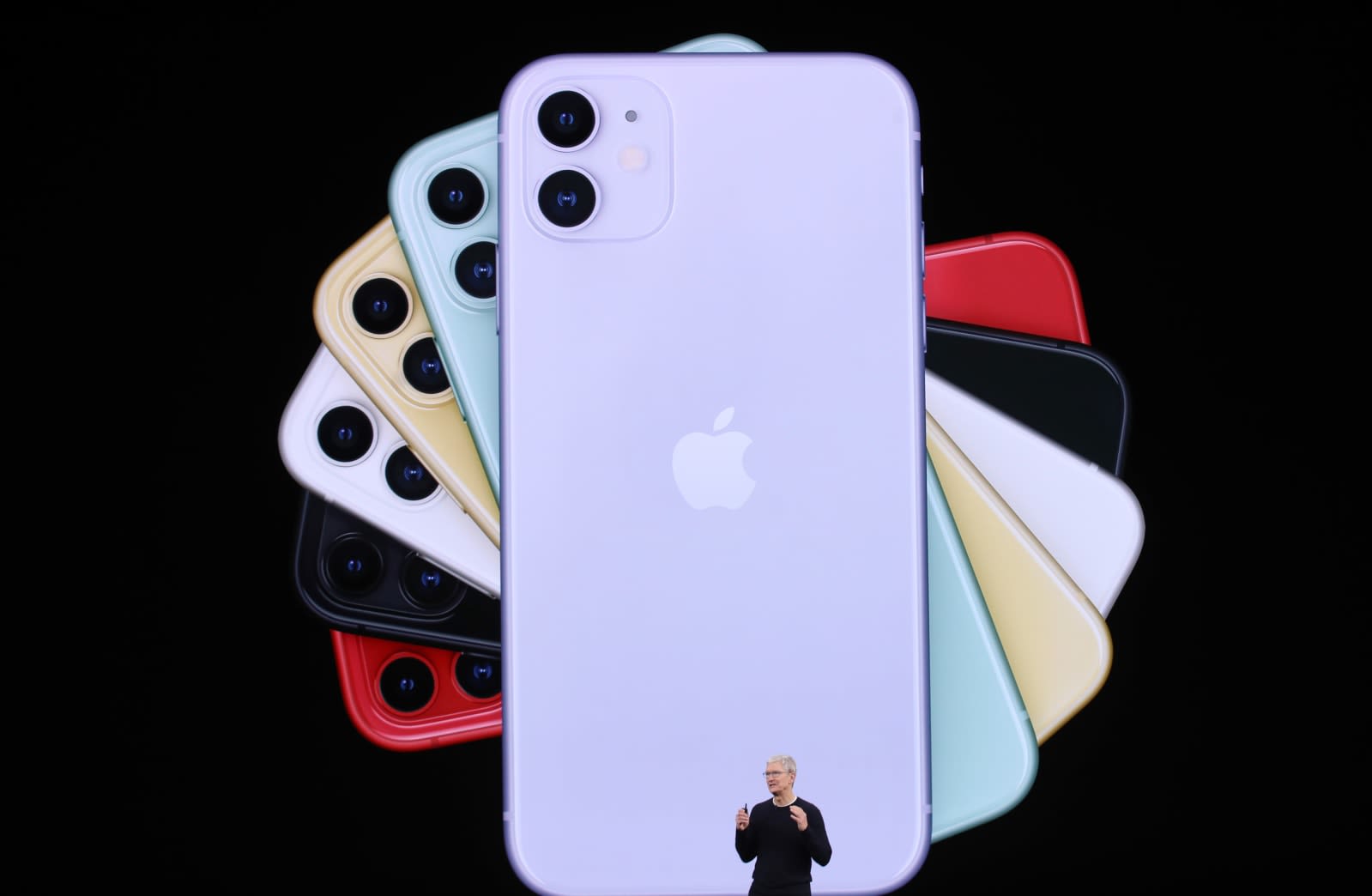 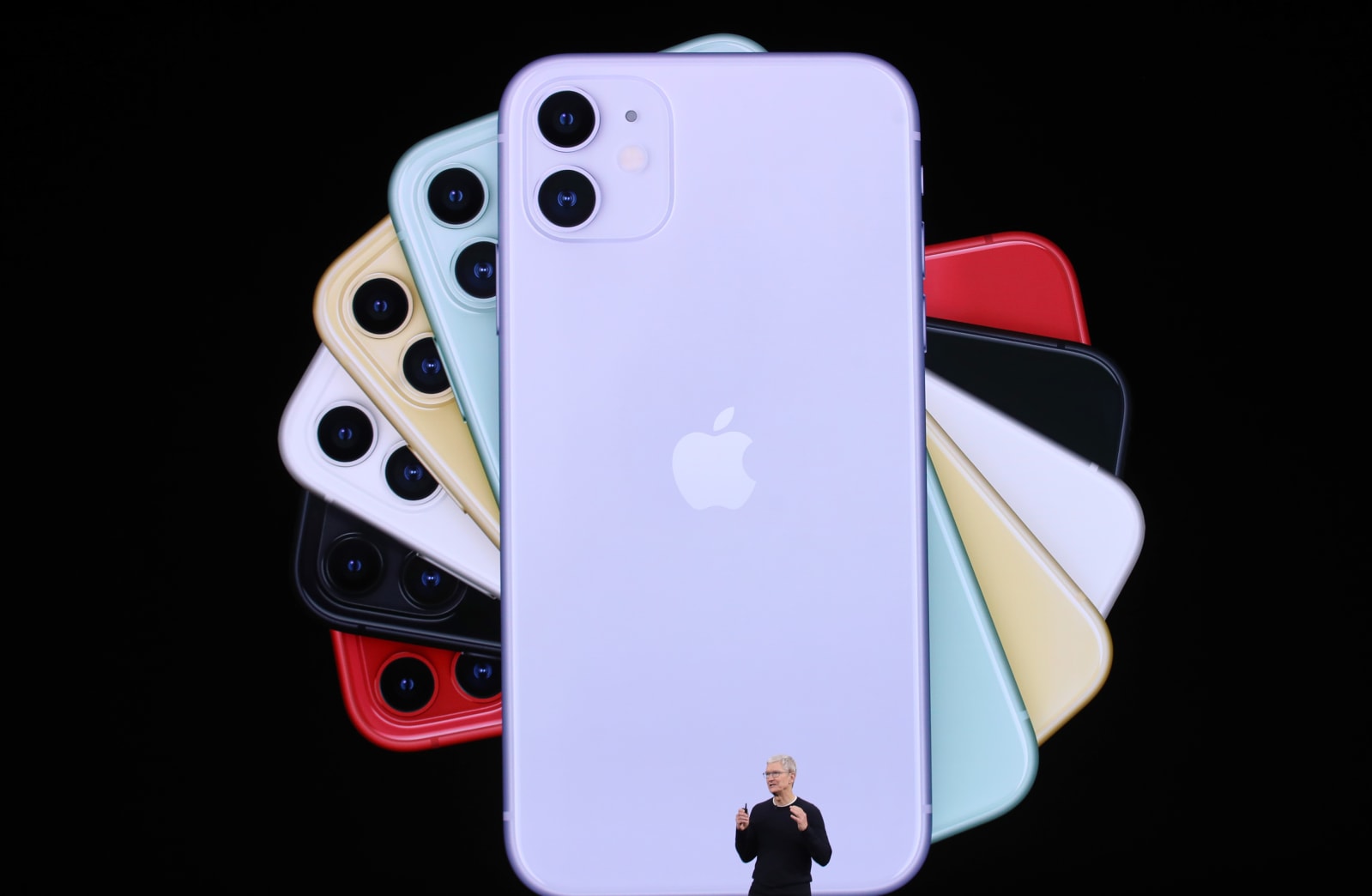 There's a quote by Henry Ford that's often wheeled out by Apple kremlinologists who claim to know the company well. It's the infamous line that Ford never asked people what they wanted because all they wanted was "faster horses." The implication is that Apple's designers, locked in their steel and glass monastery, are far better placed to know what we want than we do.

On one hand, Apple can point to several instances where it knew what was coming and acted accordingly. But 2019 felt like the year it walked back on some of its more aggressively questionable decisions. It didn't make apologies, but it seemed to tacitly admit that some of its critics may have had a point. Or, perhaps, that enough of its customers became critics too important to keep ignoring. 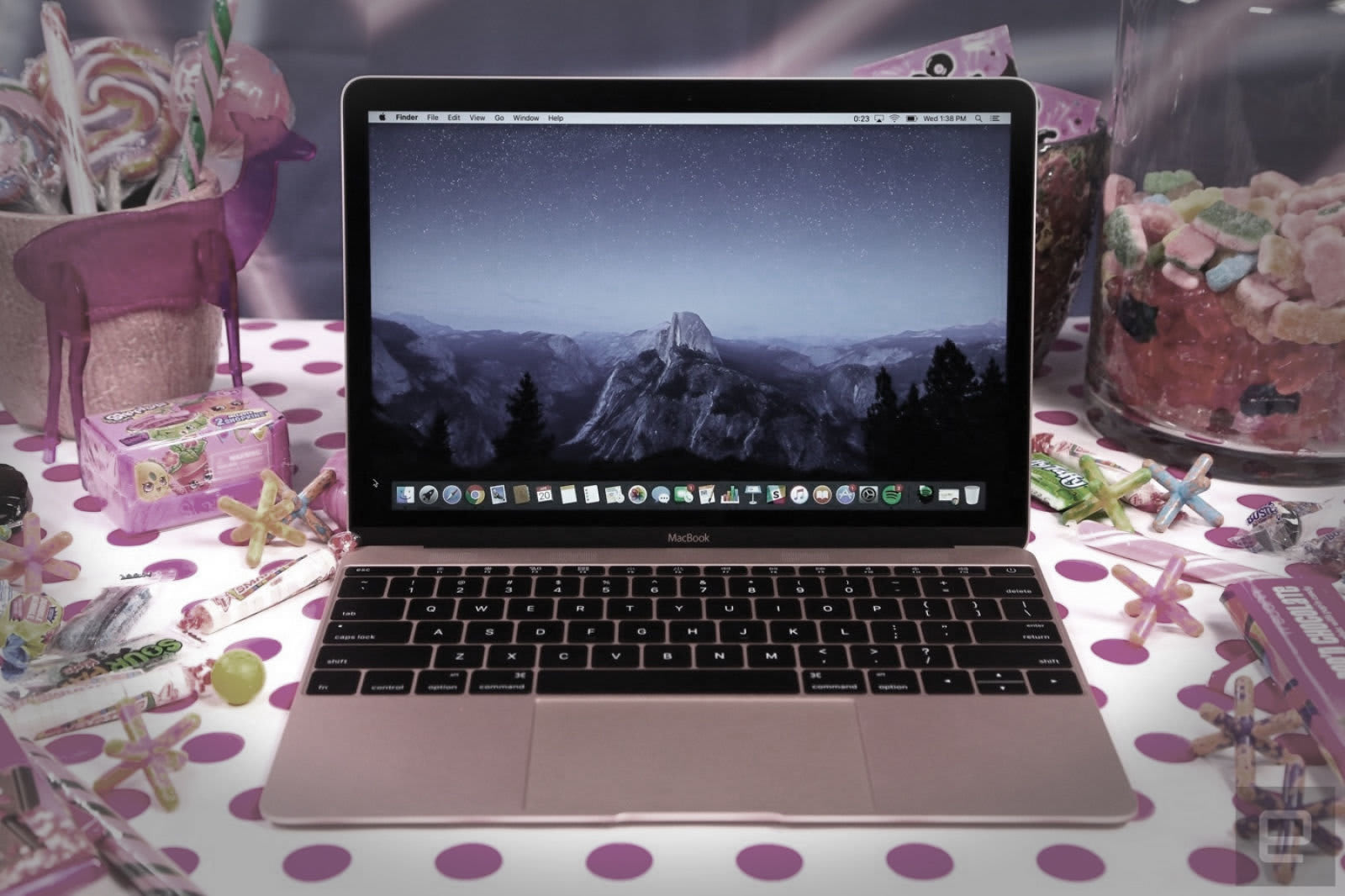 Take the MacBook, a laptop that made sense in theory but never really became the machine it seemed destined to be. When it launched, we called it an "expensive novelty" for the select few that valued "portability and screen quality above all else." We said it wasn't for the masses to buy right now, assuming that it would get cheaper and better over time.

There were obvious flaws with that machine, with its weak, passively cooled processor, small battery and single USB-C port. You couldn't charge (or power) the machine while it was plugged in, so you needed an accessory just to do stuff you could easily do on other laptops. Not to mention it was also the "birthplace" of the controversial butterfly keyboard.

The obvious trajectory was to assume the MacBook would follow the journey of the MacBook Air, becoming more useful and less daft with every year. Not to mention get cheaper, taking its rightful place as the sub-$1,000 laptop in Apple's lineup. After all, the Air had barely been updated in years and seemed destined for the scrapheap.

That didn't happen, and for years Apple insisted on keeping this dramatically under-powered machine on sale for far too much money. What prompted it to keep selling such a pup? I can only assume some form of corporate spite -- because the public didn't appreciate how great the MacBook really was.

It was doubly baffling when Apple finally relented and updated the MacBook Air with all the things that would have made the MacBook great. Like an actively cooled CPU and more than one USB-C port so you didn't need a hub to do every single damn thing. But adding the MacBook Air alongside the MacBook did have the unfortunate result of wrecking Apple's laptop lineup.

And then, this summer, it killed off the MacBook, without much fanfare and with a customary lack of sentimentality. Suddenly, there was logic to its laptop line, and the sub-$1,000 option is now the domain of the pro-level iPads, a machine for folks who really do value portability. Apple must have listened to its critics, dumping a product that wasn't popular in favor of bringing back one that seems everyone's go-to purchase. 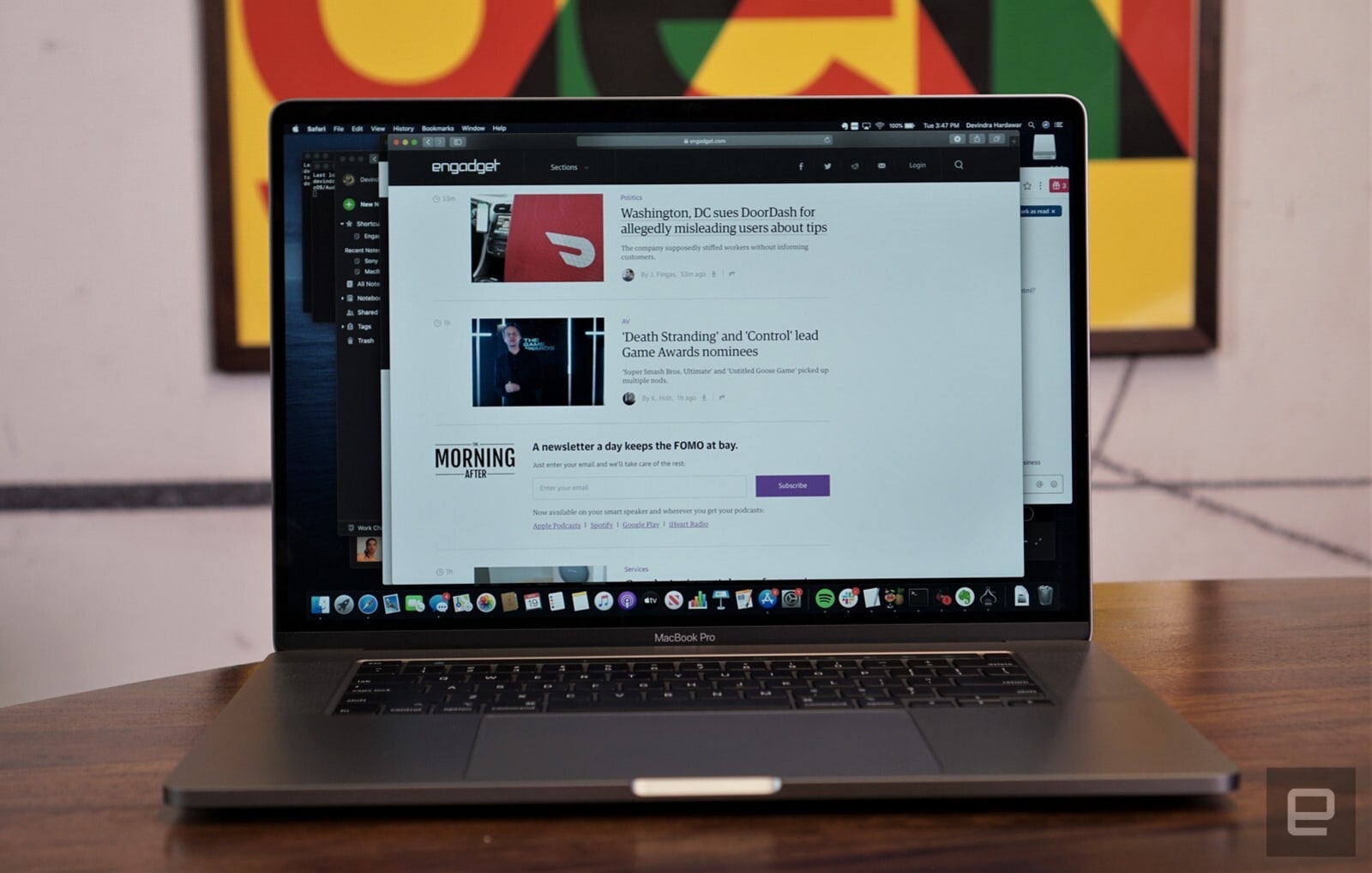 Speaking of laptops, 2019 was the year Apple started phasing out its unreliable butterfly keyboard. Unlike the input mechanism on previous generations of laptops, the butterfly had thinner travel (boo) and was more vulnerable to dirt ingress (double boo). It meant that failure rates, depending on who you asked, were higher or significantly higher than in previous years.

Apple found itself on the receiving end of plenty of negative coverage, especially by wronged MacBook buyer Casey Johnson from The Outline. It wasn't until the Wall Street Journal got involved, though, that it started addressing these complaints. And despite multiple revisions to the butterfly mechanism over the last three years, the problems still persist.

Which is why it was such a wonderful surprise when Apple launched the 16-inch MacBook Pro with an old-fashioned scissor switch keyboard. And suddenly you could recommend an Apple laptop that didn't break after you'd eaten your lunch within a mile of it. The obligation to tote around a can of compressed air is, hopefully, one that we won't have to deal with any longer. 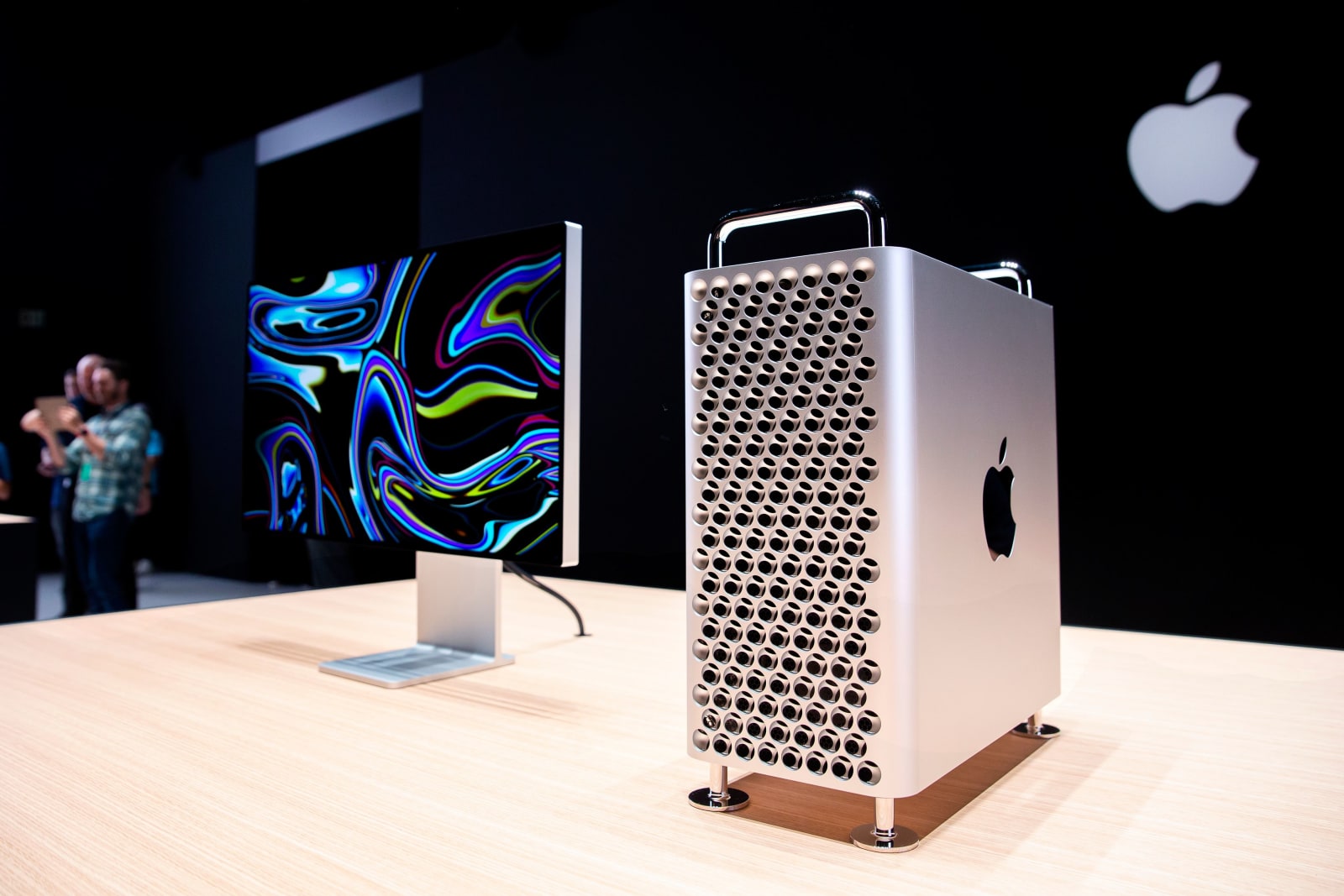 There's something about the Mac Pro's design that means it always gets a daft nickname to describe how it looks. I'm writing this on a 2012 Cheese Grater, a machine that was replaced by the infamous Trash Can in 2013. The Trash Can represented the worst of Apple's design excesses, with a unique silhouette that came at the cost of practicality.

Almost everything about it was custom, so upgrading parts -- something you need with a pro desktop -- is nearly impossible. And that was before Apple's decision to adopt parallelism forced the Mac Pro up a technological cul de sac that it couldn't easily escape from. Design came at the cost of adaptability, and as computing trends changed, the Mac Pro failed.

Apple long promised a replacement and, at WWDC, unveiled a new Mac Pro, which began shipping last week. The updated desktop machine is a clear backward step, using (mostly) tried-and-tested PC standards and serving pro users rather than looking nice. There are some very Apple-esque decisions, including weird cooling, semi-custom hardware and a high price. But you might just be able to get a decent replacement graphics card in two years' time for it.

There was more good news on the mobile front when the company started to admit that, maybe, bigger batteries are a good thing. Back in 2015, Sir Jonathan Ive said that iPhones didn't need more power, the problem was we were overusing them. The only folks who agreed were the companies that made battery cases and rival phone makers who saw an easy target.

But in 2019, Apple threw larger batteries into its new handsets and actually started boasting about their staying power. In adverts, it talked about how you'll "lose power before it will," a big claim for a device so famously wedded to its charger. The biggest beneficiary was the 11 Pro Max, which saw its capacity bump by 25 percent compared to its predecessor.

And there was more good news as Apple introduced the iPhone 11 at $700 -- $50 less than the iPhone XR it replaced. Again, Apple seemed to notice that people were balking a little at the ever-growing price for its devices. As well as that, the XR is now cheaper, and we're expecting the new iPhone SE to be similarly inexpensive. 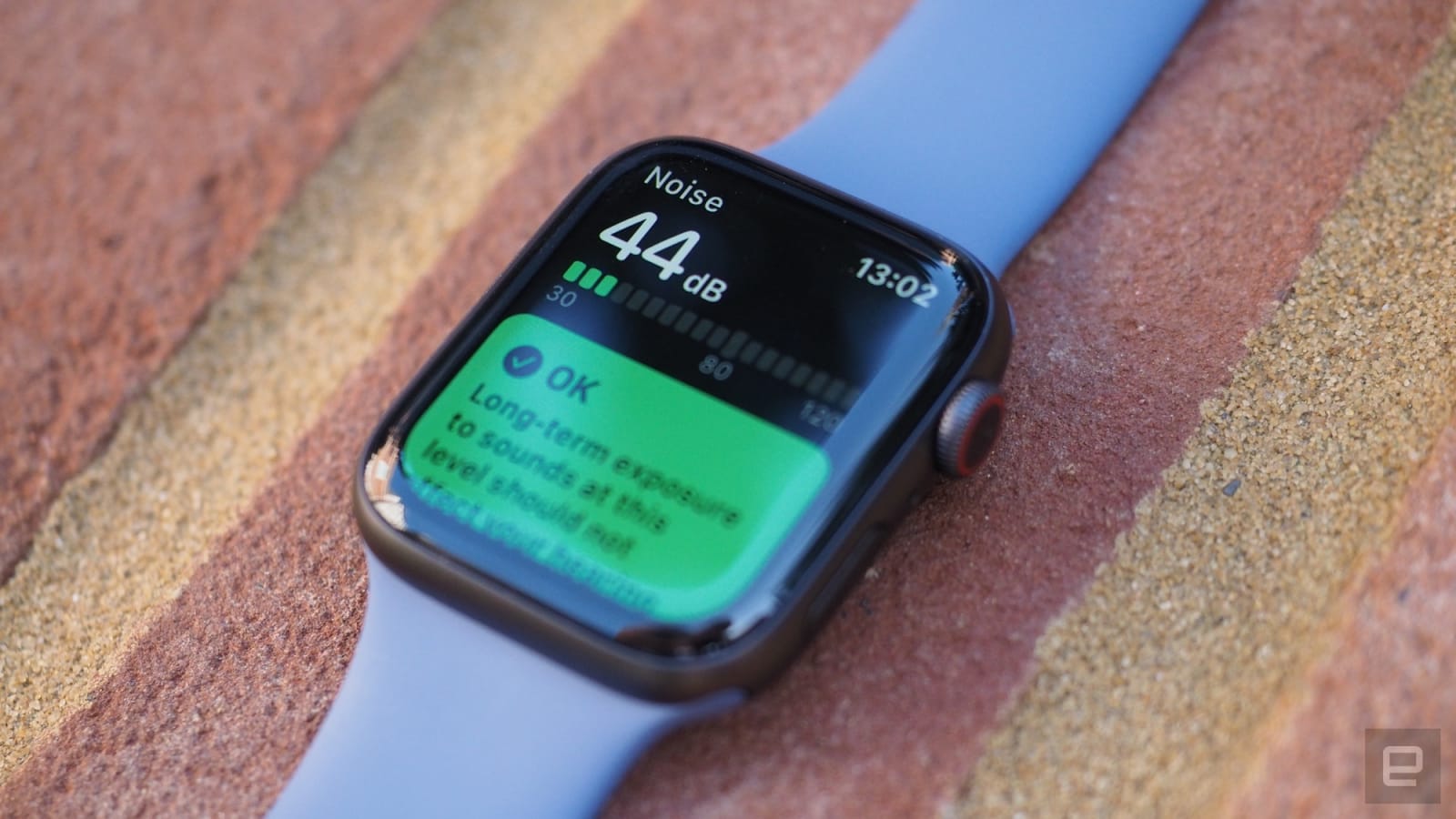 Companies have long pipelines and innovations planned that won't materialize for years. In Apple's "long overdue" category is the addition of an always-on display to the Apple Watch Series 5. It is, after all, a common issue with most smartwatches that you can't simply glance at them to tell the time.

And then there was the iPad, the base model, which finally got the smart connector enabling it to connect to a keyboard folio. It was too damn expensive, by a long run, but it meant the basic model could now make sense as a school option. And thanks to Black Friday and the perma-discounts that seem to be running right now, it's hard to pay full price for one.

What ties all these together, of course, is they're reasonably logical things for a company to do. But that it has taken Apple any time at all to do them beggars belief, especially when they are so self-evident and potentially self-defeating.

In this article: apple, design, yir2019
All products recommended by Engadget are selected by our editorial team, independent of our parent company. Some of our stories include affiliate links. If you buy something through one of these links, we may earn an affiliate commission.