Ring is acting on its promises to improve privacy and security in 2020. The Amazon brand has introduced a Control Center in the Ring mobile app that aims to deliver more control over access and sharing. Most notably, there's a toggle to opt out of law enforcement video requests -- you don't have to wait to receive one before making a decision. Ring is unsurprisingly encouraging customers to leave it on (it has police partnerships to maintain) in the name of neighborhood security, but it's at least acknowledging that some users are uncomfortable with serving as de facto eyes for police officers.

On top of this, you'll see an Active Law Enforcement Map that shows the police departments that have joined the Neighbors app, including those nearby. You'll know whether opting out of video requests will have a meaningful impact.

The update also makes it easier to keep tabs on which users, devices and third-party services are allowed to access your Ring system. It should be that much easier to remove an old phone you aren't using, a housemate who moved out or an app you no longer trust.

The improvements should be available now for Android and iOS. Later versions of Control Center should have "even more" fine-tuning of privacy and security, Ring said. While this probably won't allay all your concerns if you're privacy-conscious, it might help if you're an existing owner who was having second thoughts. 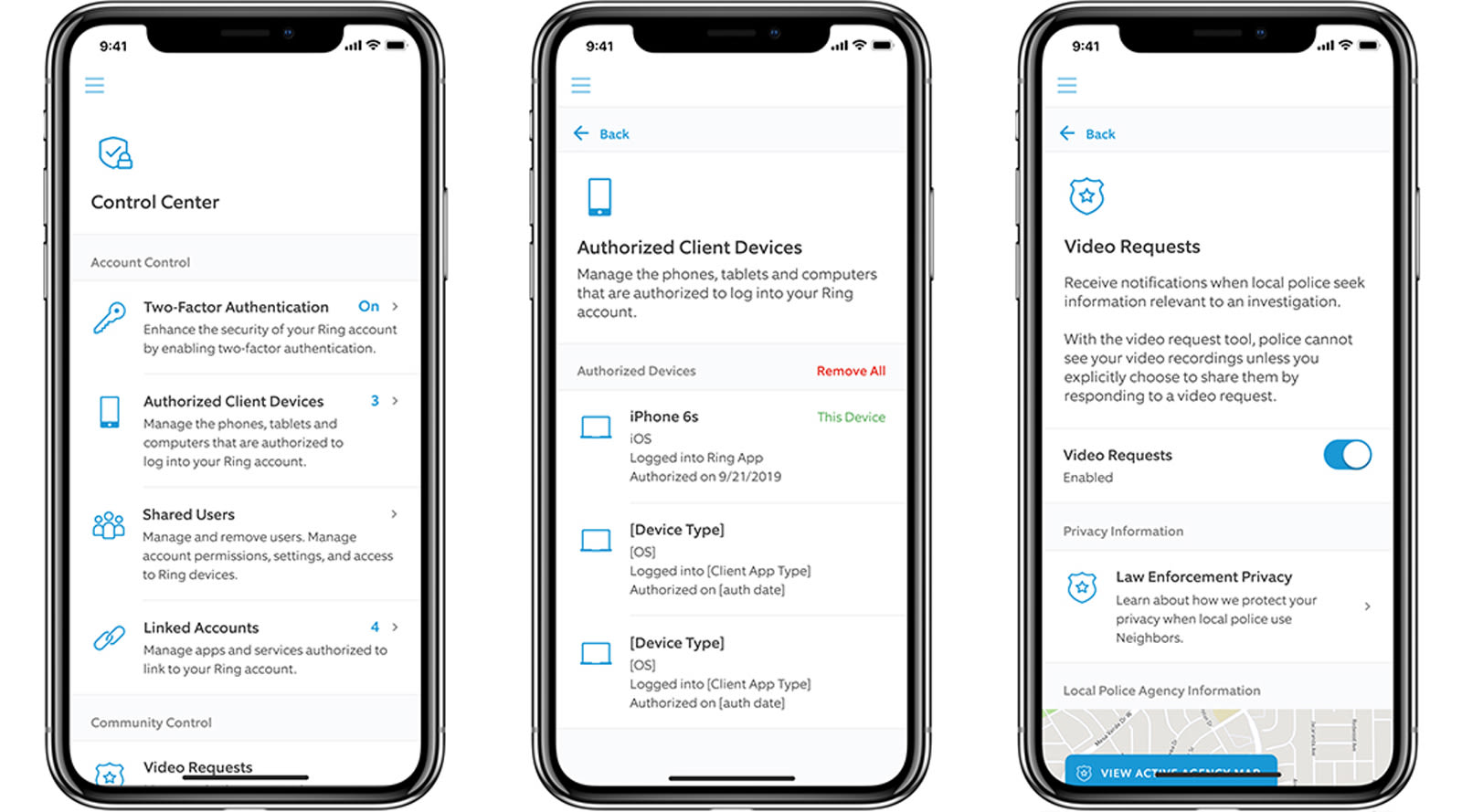