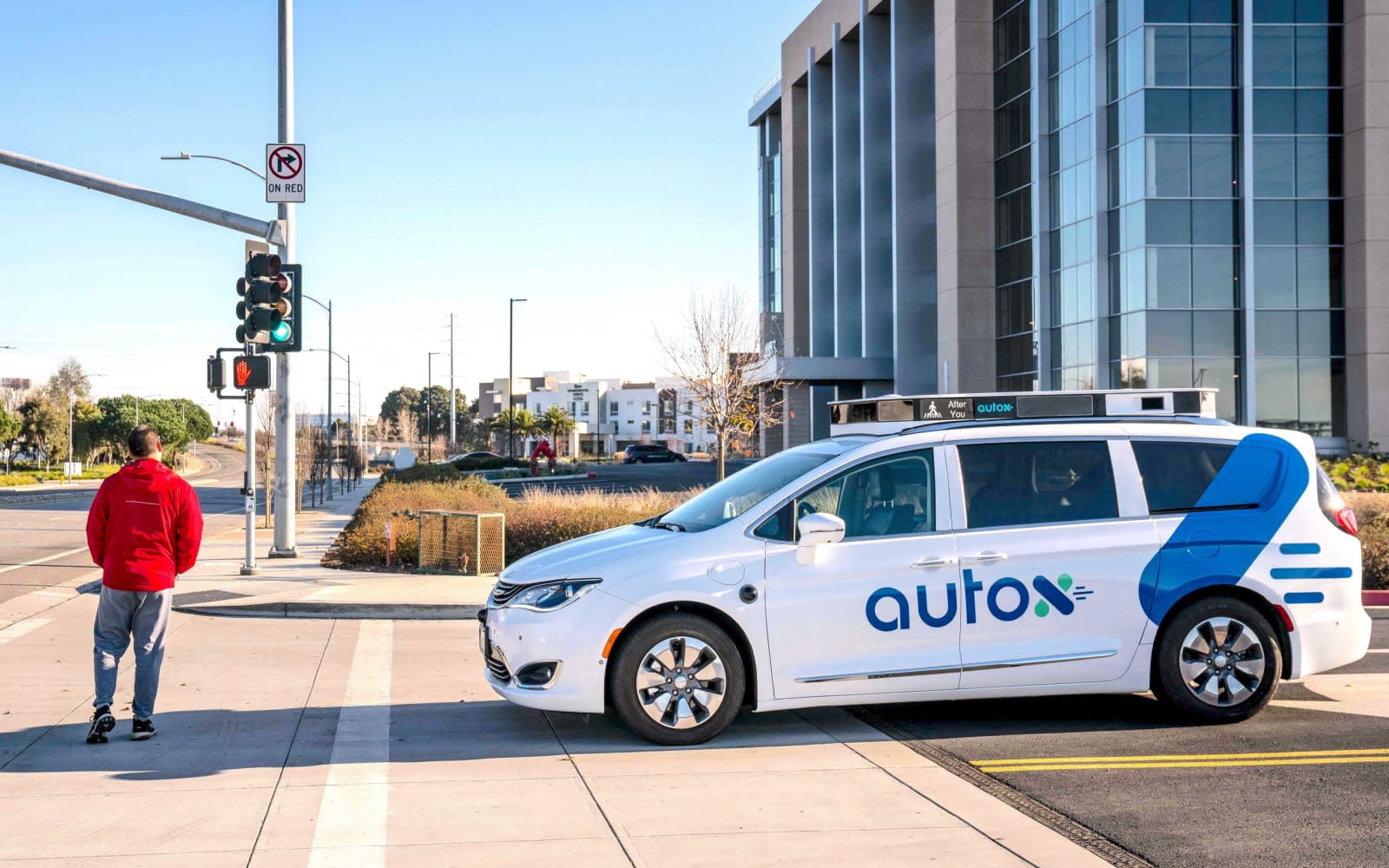 Fiat Chrysler Automobiles (FCA) is joining forces with the Chinese startup AutoX to bring self-driving robotaxis to China. The companies confirmed rumors of their partnership today and announced that the AutoX AI Driver platform will be installed in FCA Chrysler Pacificas. The robotaxis could appear in Chinese cities like Shenzhen and Shanghai in the first half of 2020.

"The AutoX Driver has adopted local driving styles in China to navigate in complex and dynamic urban conditions," AutoX wrote in a blog post.

For FCA, this is another way to break into the self-driving vehicle field. The company lags behind some of its competitors when it comes to electric- and autonomous-vehicle tech. So far, its efforts have mostly included EV concepts like the Centoventi and supplying Waymo with Chrysler Pacificas, the same van that AutoX will use. That may be changing though, thanks to this partnership and FCA's recent announcement that it will work with Foxconn to build EVs and internet-connected vehicles in China.

FCA will face plenty of competition in China, where self-driving car tests have been permitted on public roads since 2017. Alibaba, Baidu, Chinese ridesharing company Didi Chuxingare and Tencent are all working on autonomous vehicle platforms. Volvo and Ford are both involved with Baidu. Meanwhile, Volkswagen's autonomous driving subsidiary, Volkswagen Autonomy or VWAT, plans to open an office in China in 2021.

In this article: autonomous, autox, business, china, fca, Fiat Chrysler, gear, robotaxi, robots, self-driving, services, shanghai, Shenzhen, tomorrow, transportation
All products recommended by Engadget are selected by our editorial team, independent of our parent company. Some of our stories include affiliate links. If you buy something through one of these links, we may earn an affiliate commission.