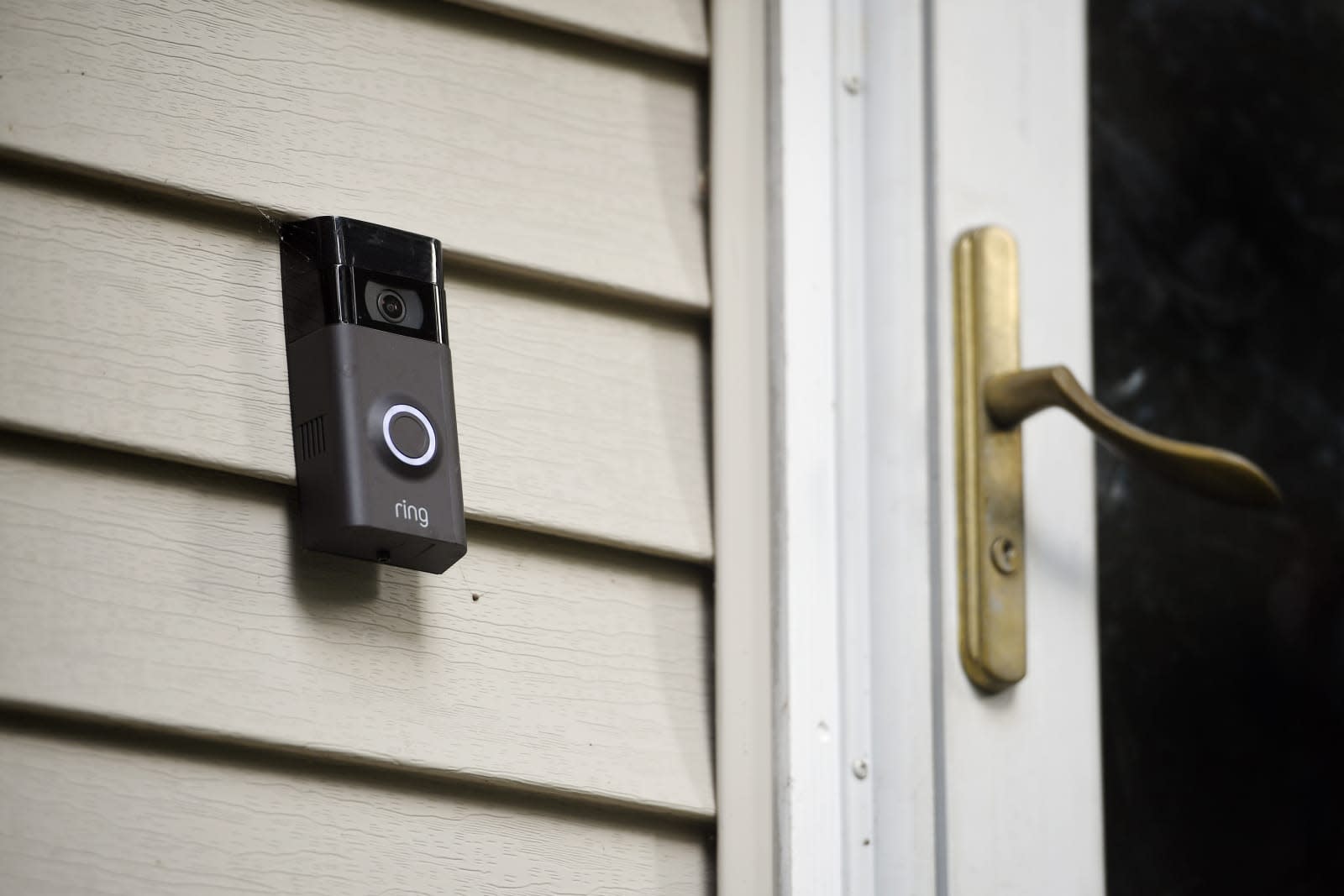 Ring has said that camera footage sent to police can help reduce burglaries and catch criminals, but how effective is it, really? It might not be as helpful as you might think. NBC News has conducted an investigation suggesting that Ring's video doorbells and security cameras haven't been of much use to at least some police forces. Of the 40 law enforcement agencies the news outlet reached, just 13 said they'd made arrests after reviewing Ring footage, while two offered rough estimates. The remainder either made zero arrests (13 agencies) or didn't know how effective Ring had been despite partnerships that had lasted more than a year.

Crucially, none of the departments gathered data to gauge the usefulness of the Ring alliance, whether it was for pinpointing suspects or deterring crimes. Just a quarter of the police forces said they believed the cameras deterred crooks.

Ring has previously boasted that its technology led to a 55 percent drop in burglaries in one Los Angeles neighborhood based on LAPD data, but it's not certain to what degree the cameras are responsible or that this performance translates to other areas. Reported property crimes dropped by almost half between 2008 and 2018, according to the FBI. Some of that may be due to online shoppers reporting porch piracy to sellers or shippers rather than the police. The companies involved aren't sharing much. Amazon declined to provide stats to NBC, while UPS said it doesn't routinely record package thefts. Ring also said it doesn't track these incidents.

Part of the problem may be the sheer glut of information. While it's easy to share footage with police when there's a partnership, a lot of it isn't useful -- think minor incidents with neighbors or curious raccoons. Police already tend to have tight resources, and officers might not have much time to comb through footage to find enough evidence to launch an investigation.

The study isn't a comprehensive view of the US' 17,985 police agencies, although it does include large cities like Miami and Phoenix. And while 13 agencies out of 40 making confirmed arrests is a small number, it's still something. However, the data suggests that Ring and its law enforcement partners may be overselling the effectiveness of their footage sharing programs despite hundreds of partnerships. It also indicates that these smart home cameras may be more useful to scare off burglars than they are to put thieves behind bars.

In this article: amazon, doorbell, gear, home, home security, law enforcement, police, privacy, ring, security camera, video doorbell
All products recommended by Engadget are selected by our editorial team, independent of our parent company. Some of our stories include affiliate links. If you buy something through one of these links, we may earn an affiliate commission.