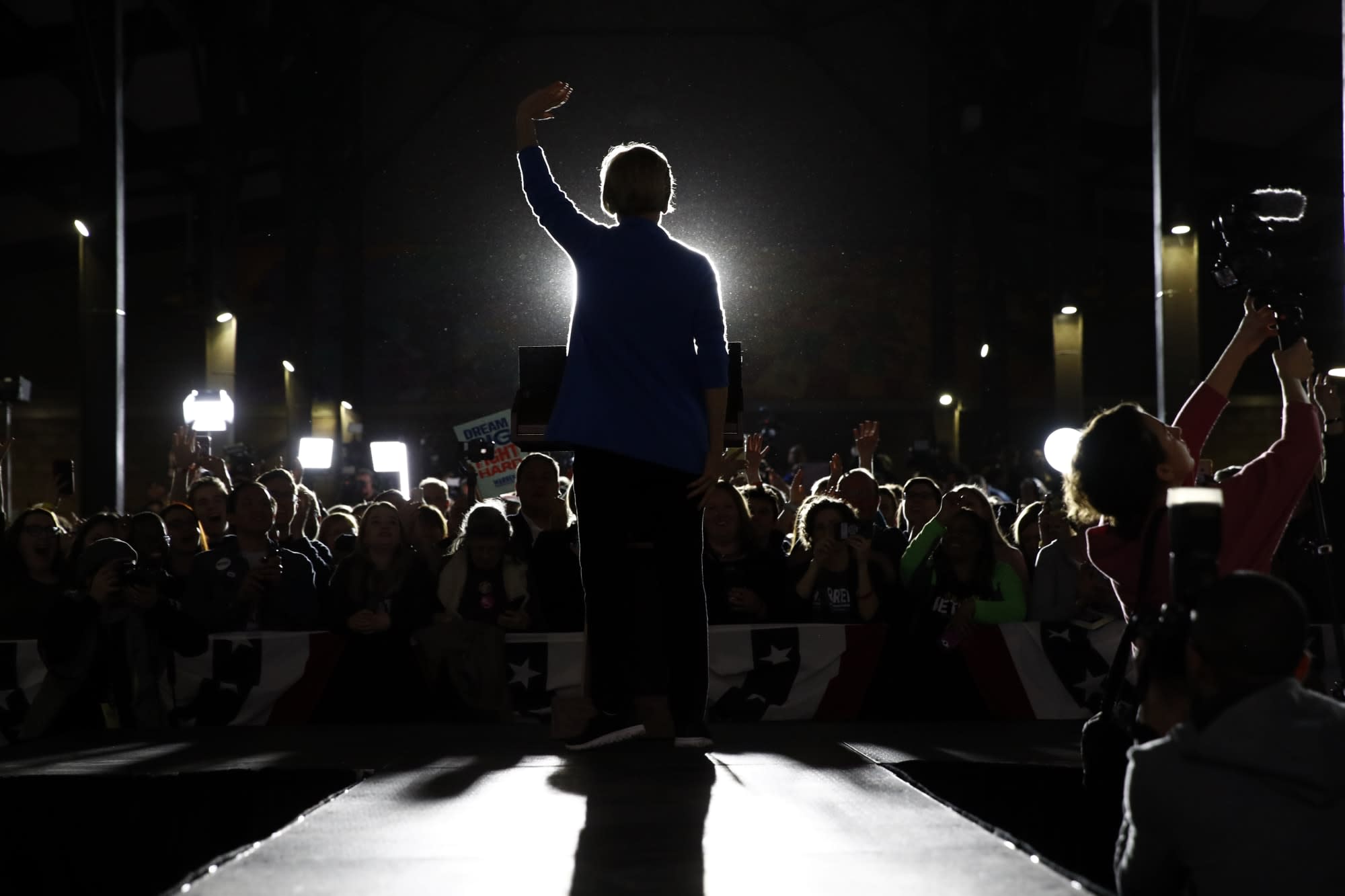 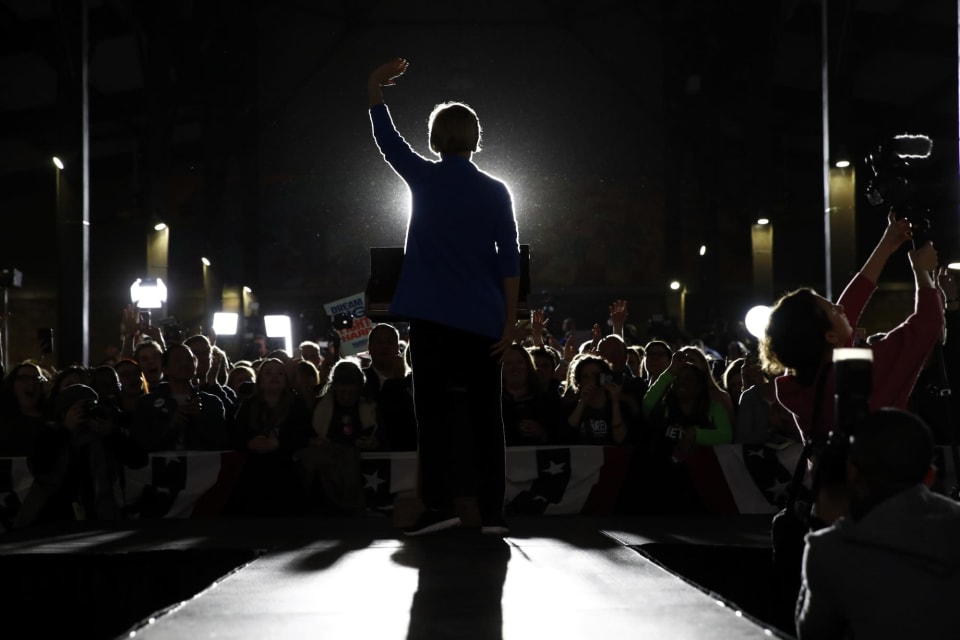 Amazon, Facebook, Google and the rest of the US tech giants can breath a little bit easier today. Massachusetts senator Elizabeth Warren has dropped out of the race to be the Democratic party's presidential nominee, leaving just Vermont senator Bernie Sanders and former Vice President Joe Biden as plausible candidates to be on the ballot come November.

Warren drew significant attention over the past year by saying that many of the biggest tech companies in the world would be under close scrutiny if she were to become president. Specifically, she pledged to break up Amazon, Facebook and Google and accused them of using their power to unfairly influence the market and absorb their competition. She's also taken issue with Facebook's lack of responsibility for the content people post to its services, mocking the company for its ad policies that let politicians run campaigns that contained false information. She also had plans to significantly expand rural broadband access and to do her best to restore net neutrality.

With a formerly wide field essentially down to two candidates, it's worth looking at what consumers of technology (as well as the tech industry as a whole) have to lose or gain under Biden or Sanders, should one of them become president in 2021. If you've followed their political leanings, you won't be surprised to know that Sanders' thoughts on big tech align much more closely with Warren than they do with Biden.

Sanders is a proponent of major antitrust reform, regardless of the industry. "I think we need vigorous antitrust legislation in this country because you are seeing -- you name the area, whether it's pharmaceuticals, whether it is Wall Street, whether it is high tech -- fewer and fewer gigantic corporations owning those sectors," he said at a Washington Post live event earlier this year. He specifically cited Amazon as a company moving rapidly towards becoming a monopoly and criticized Facebook for the "incredible power" it has over both politics and the economy in the US.

Sanders made similar remarks in an extensive, unedited interview with the New York Times editorial board in January, making it clear his focus was around increased enforcement of antitrust laws, regardless of industry. "I'll be the first to admit it, but we have been derelict in that we have antitrust legislation that has not been enforced by Republican or Democratic administrations, and I intend to do that," Sanders said. "And it is not just the big tech companies."

Biden, on the other hand, hasn't been as clear or forceful about how he'd deal with the tech giants should he become president. One thing is clear, though: He's no fan of Facebook. In his interview with the Times editorial board, he slammed the company and CEO Mark Zuckerberg for ducking what he sees as its responsibility for the content posted to Facebook's platform. Biden has more personal skin in this game -- Facebook has rejected requests to remove a Trump ad making false claims about Biden and his son.

Biden pointed specifically to Facebook in comments on Section 230 of the Communications Decency Act (CDA), something that's considered a cornerstone of the modern internet. It protects companies like Facebook from being sued for content posted on its services because of a status as a distributor rather than a publisher -- protection that a journalistic endeavor does not enjoy. Overhauling or revoking Section 230 would have a huge effect not just on Facebook, but on Google, Twitter and likely dozens of other internet companies as well.

"[Zuckerberg] knows better. And you know, from my perspective, I've been in the view that not only should we be worrying about the concentration of power, we should be worried about the lack of privacy and them being exempt, which [The Times are] not exempt," Biden said to the Times. "[Section 230] should be revoked because [Facebook] is not merely an internet company. It is propagating falsehoods they know to be false, and we should be setting standards not unlike the Europeans are doing relative to privacy."

As for breaking up Facebook or other tech giants, Biden is less committed than Sanders or Warren. He told the Associated Press in May of 2019 that breaking up some of the tech companies was "something we should take a really hard look at," but that it's "premature" to say what the right tactics were. At the same time, he said that Warren "has a very strong case to be made" for the break-up she proposed. That said, we're not holding our breath for Biden to adopt any of Warren's plans now that she's out of the race -- let's not forget that Biden was VP as part of President Obama's administration, one that was quite friendly to Silicon Valley.

In this article: 2020 election, antitrust, bernie sanders, elizabeth warren, gear, joe biden, monopoly, politics, section 230, tomorrow
All products recommended by Engadget are selected by our editorial team, independent of our parent company. Some of our stories include affiliate links. If you buy something through one of these links, we may earn an affiliate commission.