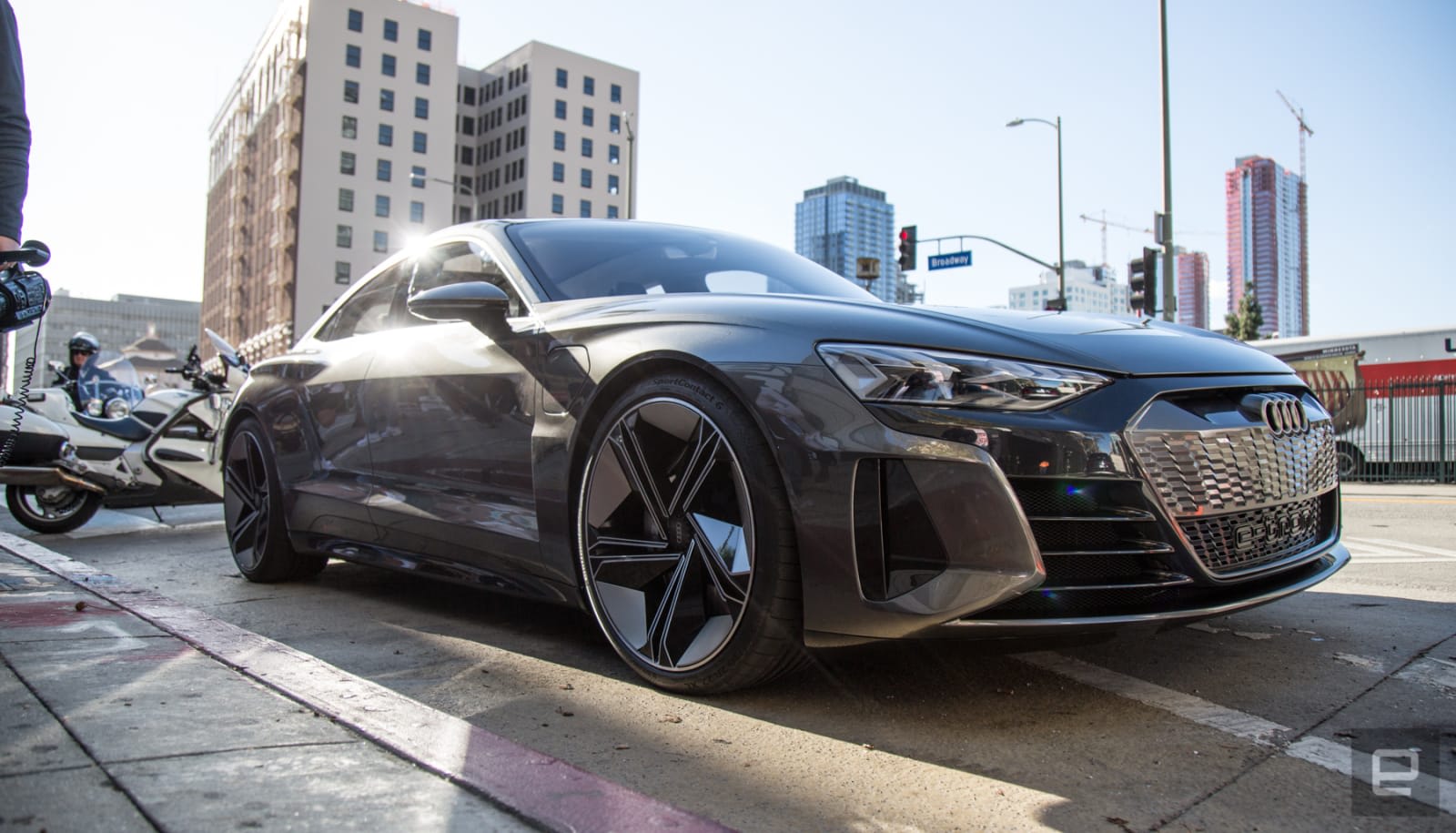 If you don't think Audi's electric cars are fast enough, don't fret -- they'll be plenty speedy before long. Audi director Julius Seebach recently told Autocar that the brand will introduce RS performance versions of its cars, with an E-Tron GT variant coming in 2021. You can also expect RS editions of plug-in hybrids, and Seebach indicated that you'd likely see an equivalent for the E-Tron Sportback.

While there's nothing definite, Autocar also said it was "understood" Audi would resurrect the R8 E-Tron as a limited production supercar that would arrive in late 2021. It's believed to be an "upgraded" EV that would largely resemble the 2015 car on the surface.

The RS strategy wouldn't be surprising. Audi sometimes has three performance trims for a given car, and its sibling brand Porsche already offers the Taycan (which shares roots with the E-Tron GT) in three variants. While we wouldn't count on Audi duplicating Porsche's configurations, the four-ring badge could easily use those powerplant choices as starting points.

Via: Autoblog
Source: Autocar
In this article: audi, e-tron gt, e-tron sportback, electric car, electric vehicle, ev, gear, green, transportation
All products recommended by Engadget are selected by our editorial team, independent of our parent company. Some of our stories include affiliate links. If you buy something through one of these links, we may earn an affiliate commission.