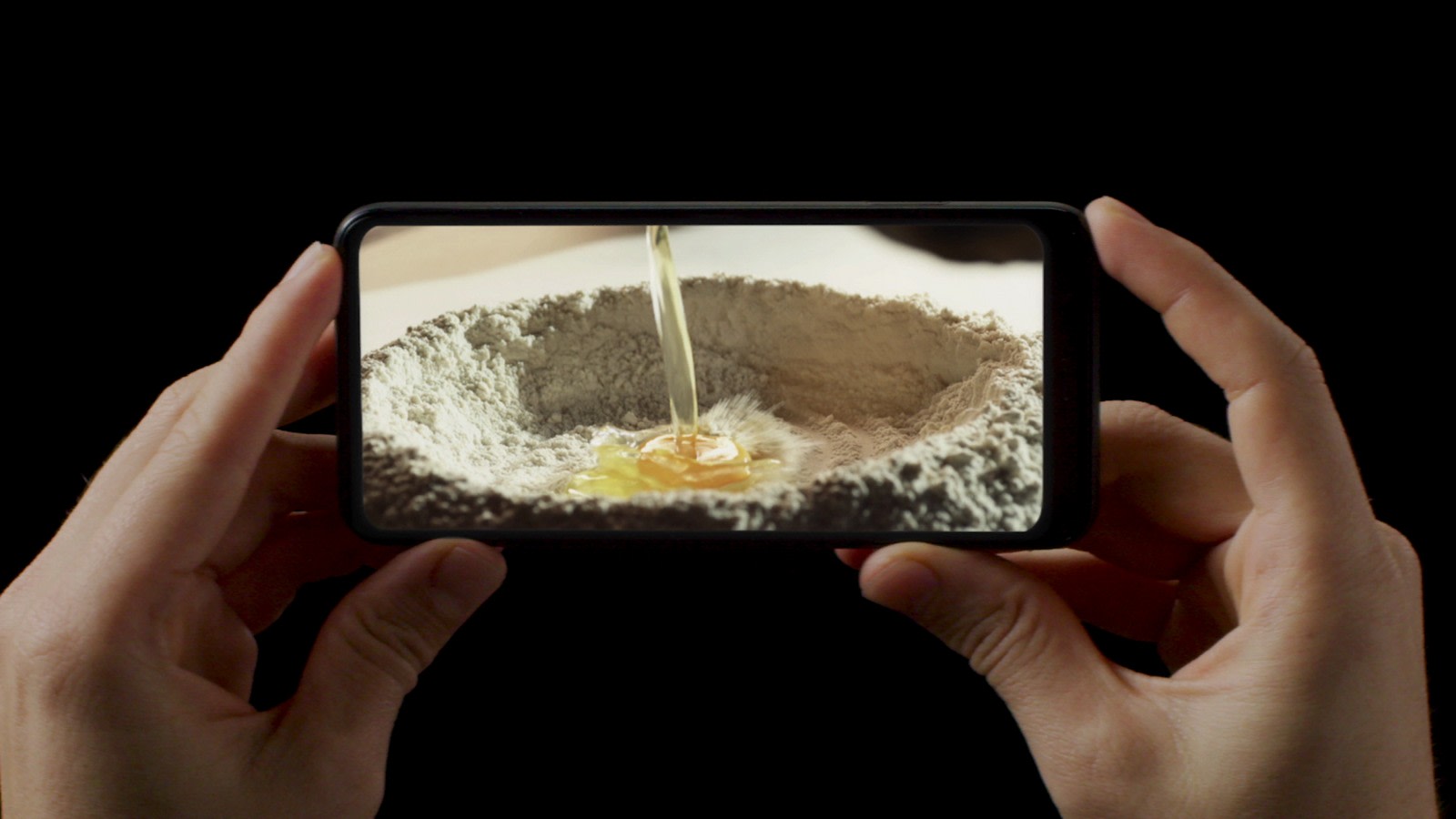 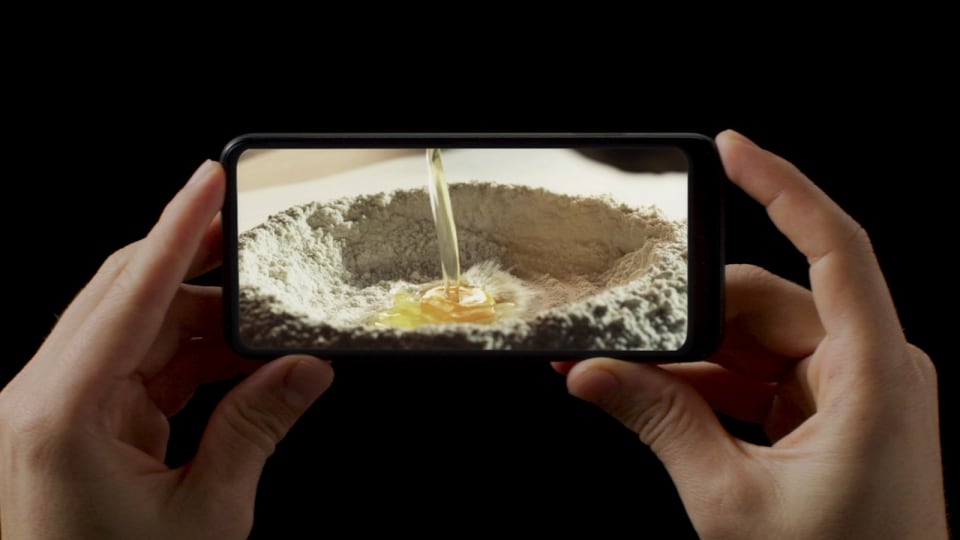 What the heck is Quibi? That's the question I've been asking myself over the past year, as the Jeffrey Katzenberg-founded streaming video company steadily amassed a whopping one billion dollars in funding. We've seen notable names like Steven Spielberg and Guillermo del Toro signing up to make very short shows (up to 10 minutes) for the service, even though it didn't sound very different from other similar offerings (RIP Go90). What did all of Quibi's supporters know that we didn't?

Today at the company's CES keynote, we finally learned about its killer feature: Turnstyle, a patent-pending technology that lets you easily switch between portrait and landscape viewing modes, all the while keeping what matters in frame. Every Quibi show plays both formats at once, using their audio track to keep them in sync. Of course, this isn't just a tech solution: The artists also have to keep the framing of both viewing modes in mind. But according to Katzenberg, that's also a challenge many of the creators have embraced.

"We've now created a very detailed playbook, if you will, based on this first year of some of the best filmmakers," Katzenberg said in an interview with Engadget, describing Quibi's first batch of directors like Doug Liman (The Bourne Identity) and Catherine Hardwick (Twilight). "They were sort of the pioneers that not only showed us the way, but showed themselves the way. It's a pretty phenomenal discovery process, and the learning curve is fast."

Basically, Turnstyle means you won't ever see black bars around Quibi shows, no matter how you hold your phone. That's a huge step up from every other mobile video solution today -- if you're watching a widescreen movie, you're forced to go landscape. And if you're a Snapchat addict, you're mostly stuck with portrait. While Turnstyle might sound superfluous at first, it was a revelation the first time I saw it. As I watched Tom Conrad, Quibi's chief product officer (and the founder of Pandora), effortlessly jump between portrait and landscape modes, I thought to myself, "Why hasn't anyone done this before?"

Quibi creators can also use the different orientations for interactivity. While watching a brief clip from the thriller Wireless, Conrad viewed it traditionally in landscape mode -- but when he flipped over to portrait, Quibi switched over to the main character's iPhone screen, where I watched him flip through texts, Instagram and Snapchat messages. It's a bit like the multi-angle feature from early DVDs, crossed with the screen-based narrative of a movie like Searching or Unfriended. Switching between the different modes can help you engage more with the narrative.

As unique as Turnstyle is, though, Quibi still has a long road ahead of it. For one, you'll have to pay to see its short mobile shows: $4.99 a month with ads, or $7.99 ad-free. It's also only accessible via an app on iPhone or Android, there's no easy way to watch its shows on larger screens (aside from something like AirPlay) or use it on tablets. And, to be quite honest, it remains to be seen if people really want to pay to watch tiny bites of video.

Quibi is planning to solve those issues through the brute force of content that $1 billion can buy (something Apple is also doing with Apple TV+). It plans to have more than 175 original shows and 8,500 quick bites (or "quibis") of media in its first year. And it's also going hard on acquiring celebrity talent, including the likes of Jennifer Lopez, Kevin Hart, Bill Murray and Chrissy Tiegen, to entice viewers. (And by the way, Quibi plans to raise another billion to produce more shows.) 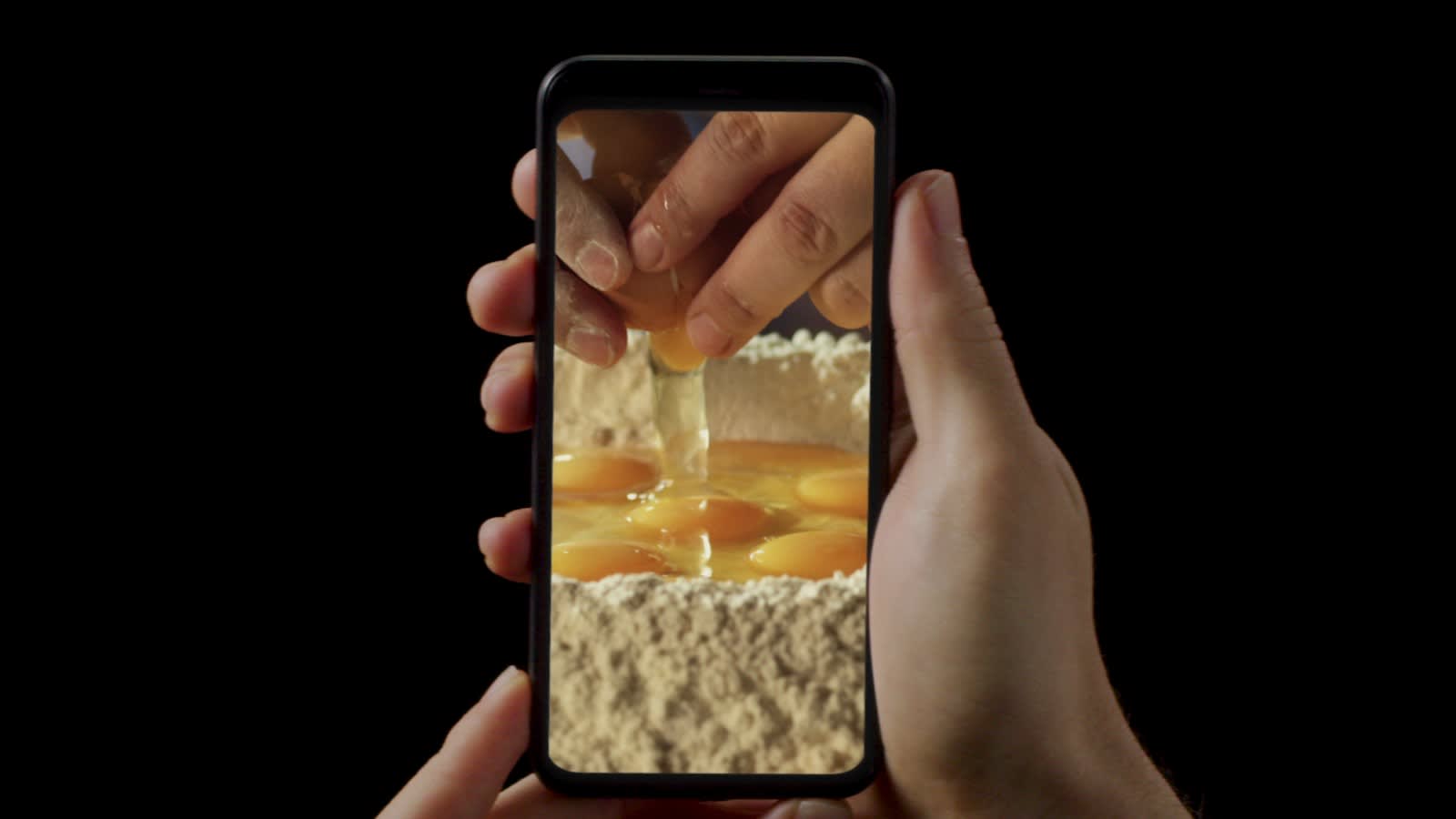 And then, of course, there's the problem of having so many competing services today, all vying for your viewing time. But Meg Whitman, the former HP CEO and founding CEO of Quibi, isn't too worried. "I think we don't really compete with big streaming services for time," she said in an interview with Engadget. "Because actually, only 10 percent of Netflix's viewing is on the phone. That's largely a living room-based evening and weekend way to spend time. This is a different use case.... We think we're a third category of this on-the-go viewing opportunity that people will make room for in their entertainment budget, because it's going to be great content for a mobile use-case."

So what can you actually watch on Quibi when it launches on April 6th? The company plans to release over 35 movies told in 7 to 10 minute chapters (effectively making them bite-sized shows); unscripted, episodic and documentary content around things like food, fashion and sports; and 25 "daily essential" shows to keep you up to date on news and the weather. Quibi has even managed to get partners like NBC News and the BBC to produce entirely new short-form content, so they're not just repackaging stories from their existing channels. You'll also get fresh Quibi content daily, and you can easily download videos for offline viewing, so you'll always have something new to watch.

It's still too early to tell if Quibi can succeed where so many other mobile video companies failed. But one demo turned me from a complete skeptic into someone who's curious about where the company is headed. Still, it'll be hard to fight against all of the entrenched video players, and the sheer variety and wealth of content on a free service like YouTube. All of the top talent in the world might not be enough to make Quibi happen.

In this article: av, bestofces2020, CES2020, entertainment, Jeffrey Katzenberg, Meg Whitman, mobile video, Quibi
All products recommended by Engadget are selected by our editorial team, independent of our parent company. Some of our stories include affiliate links. If you buy something through one of these links, we may earn an affiliate commission.