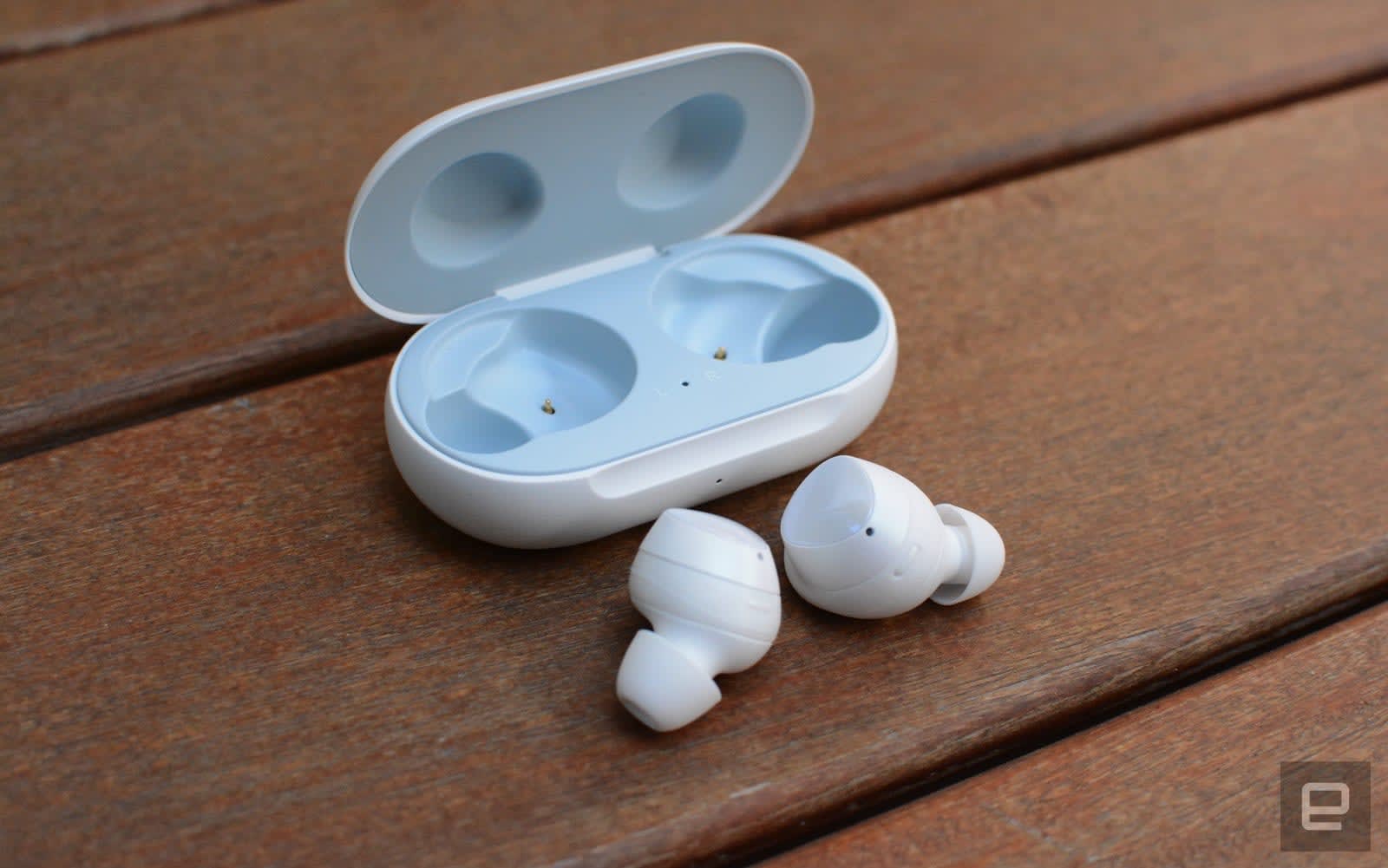 Samsung's Galaxy Buds are nearing a year old, so naturally rumors about the next version have started circulating. Supposedly, the Galaxy Buds+ will not have active noise cancellation (ANC), sources tell SamMobile. They may come with a larger battery (85mAh), which could give them a 12-hour battery life, double that of their predecessor.

When we reviewed the Galaxy Buds last March, one of our complaints was the average audio quality. The new earbuds promise improved sound, but we don't know yet how they'll deliver that. The Galaxy Buds lost points, too, for poor microphone quality. SamMobile says the Galaxy Buds+ will have four microphones -- two more than the originals -- which should help improve calls. Still, given the lack of ANC, Samsung will likely lose some potential customers to the AirPods Pro and others wireless earbuds with the increasingly common feature.

Samsung will reportedly reveal the Galaxy Buds+ at its Unpacked event on February 11th. We wouldn't be surprised to see the earbuds arrive with the next Samsung phones. The first model will be a year old at that point, and the Galaxy Buds+ could address a few key pain points.

Source: SamMobile
In this article: active noise cancellation, anc, audio, battery, call quality, earbuds, gadgetry, gadgets, galaxy buds, galaxy buds+, gear, microphone, samsung, truewireless, truewireless earbuds, unpacked
All products recommended by Engadget are selected by our editorial team, independent of our parent company. Some of our stories include affiliate links. If you buy something through one of these links, we may earn an affiliate commission.