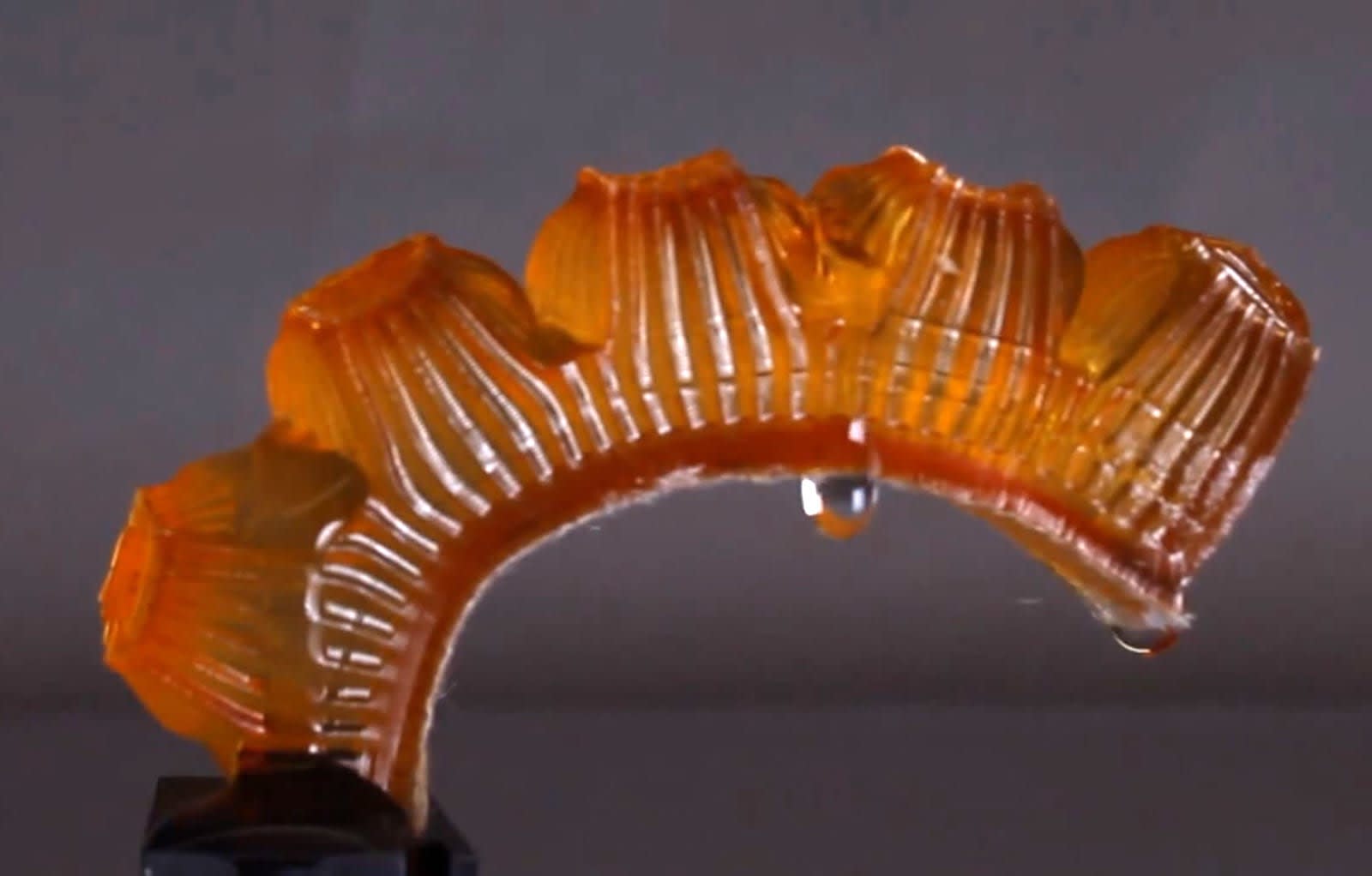 Robots can already do lots of things people can including gymnastics, but a new type of soft robot has one of the most human traits of all. Researchers have a developed a finger-like appendage that can break into sweat to prevent overheating, much like we do during hot days or physical exertion. Soft robots are already useful because they can resist damage and grasp slippery things, but sweating might one day let them work in warm environments or handle hot objects.

The back of the finger was also drilled with microscopic "pore" holes that wouldn't let water through below 30 Celcius. At temperatures warmer than that, however, the expanding resin opened the pores up to let water in each finger sweat out, aided at even higher temperatures by the contracting resin.

"The best part of this synthetic strategy is that the thermoregulatory performance is baked into the material itself," said T.J. Walllin from Facebook's Reality Labs. "We did not need to add sensors or other components to control the sweating rate."

When exposed to a fan, evaporation helped the sweating fingers cool off about six times faster than dry versions, and even faster than humans or horses. The scientists tested them by grasping both regular- and irregular-shaped hot objects, showing the adaptability and cooling power of the soft robots.

While we've already seen a metal "brobot" that can sweat while doing pushups, this one of the first types of soft robots to get the tech. Scientists think that the tech could keep robots and other machines cooler than their surroundings in hot conditions. They also believe that the sweat pores could absorb liquids for analysis or coat the robots with protective chemicals.

There are still a few issues to hurdle, like how to make sweating fingers more mobile, dealing with the slipperiness and replenishing the water supply. For the latter, researchers might again take inspiration from humans. "The answer is right in front of me -- I'm drinking some coffee right now," said co-author Robert Shepherd. "I think in order for the robot to operate with the sweating we have created, it would also have to be able to drink."

Via: Spectrum IEEE
Source: Science Robotics
In this article: robots, tomorrow, video
All products recommended by Engadget are selected by our editorial team, independent of our parent company. Some of our stories include affiliate links. If you buy something through one of these links, we may earn an affiliate commission.