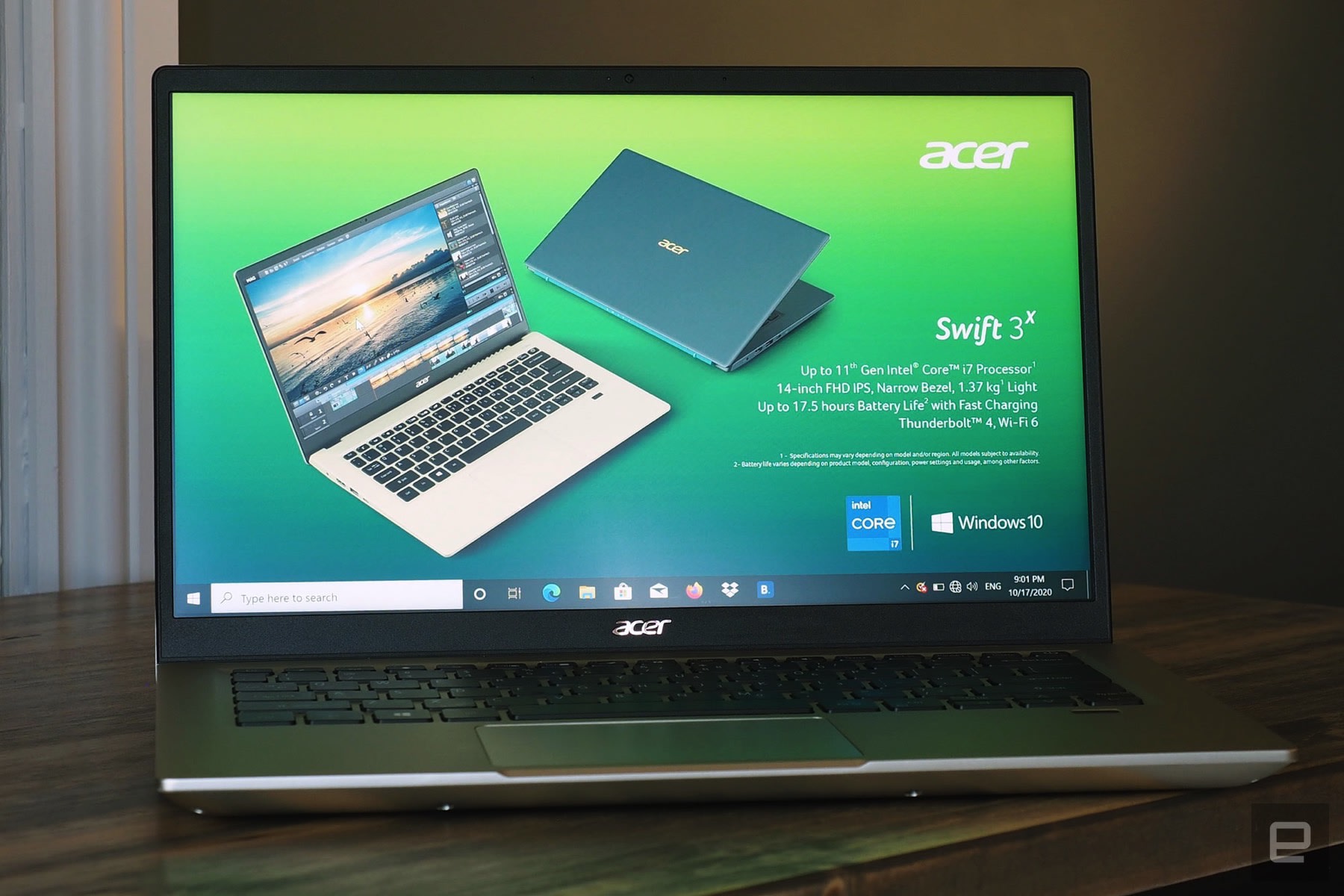 Acer is adding another laptop to its range of Swift 3 series, which were only just updated at the start of September. Like their brethren, the Swift 3X can be specced up to a new Core i7 processor, but the real news is the option to include Intel’s Xe Max discrete graphics. 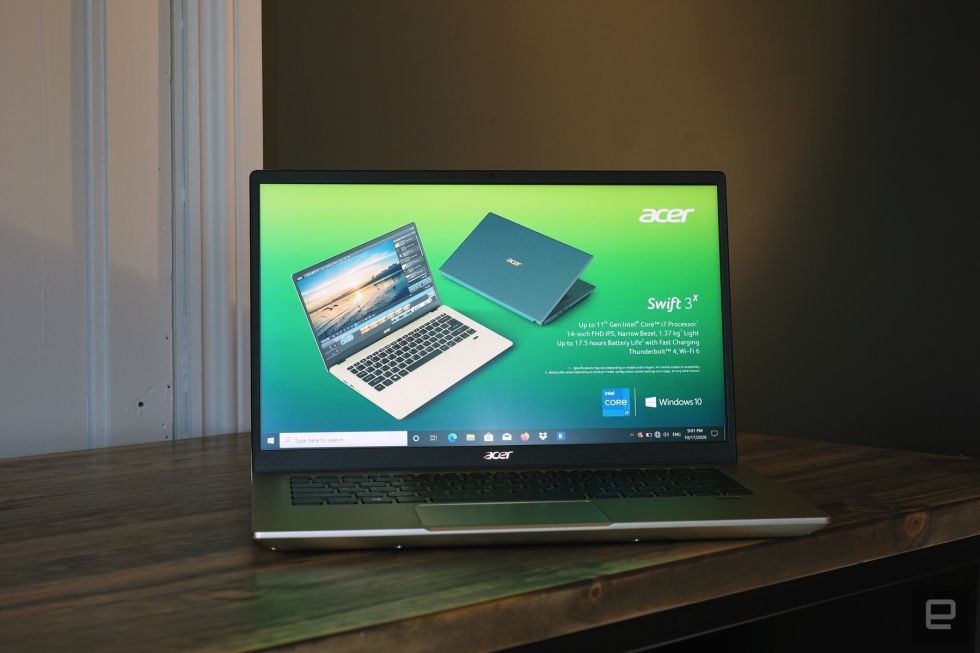 Pick the 3X, and you’ll get Intel’s new Iris Xe Max discrete GPU paired with its Tiger Lake 11th generation Core CPU. Intel said, back in January, that its Xe GPU would be able to run light-weight HD games at 60 frames per second in a small form factor PC. And when we tested a (low-ish end) prototype from Intel back in September, it was able to run Overwatch on high graphical settings at between 30-60fps.

Frustratingly, this wasn’t final hardware and we weren’t able to run any sort of performance tests on the Swift 3X. But it’ll be fascinating to put the finished version through its paces when review samples start to surface, and see just how much power it offers in the real world.

Acer says that the Swift 3X, and its 14-inch FHD IPS display, caters to “creative professionals, such as photographers and YouTubers.” However, these days, pretty much every piece of consumer tech is aimed at those groups. And to be honest, the Swift series gives off a little bit too much of a suit-and-tie vibe to be down with the content creator crowd.

That said, the laptop does come with a contrasting color pop on its hinge, in this case, a turquoise note to match the gold body. I’m not sure it really works, especially when looking at the slightly low-res webcam and fingerprint sensor.

Looks aside, the Swift 3X packs WiFi 6, USB-C with Thunderbolt 4, USB 3.2 (x2), HDMI and a 3.5mm audio jack. The company says that the laptop can run for  17.5 hours on a full charge, which is 90 minutes longer than what’s quoted for the Swift 3. You can also get four hours of charge from just 30 minutes of being plugged in, should you need to top-up on the go. The Swift 3X arrives in the US in December, with prices starting at $900, while Europeans can bag the machine in November, where the base model will set you back €849.

These Intel graphics options are also coming to Acer’s Spin 3 and Spin 5 convertible machines, both of which get options for Xe graphics and Tiger Lake chips. You can spec both up to a Core i7 CPU, and it comes with a built-in Acer Active Stylus with 4,096 levels of pressure as standard. The only other notable change is that the Spin 5 gets a new 4:3 display that replaces the 16:9 IPS screen which you’ll still find on the Spin 3. Both will land in the US by March 2021, with prices starting at $900 for the Spin 3 and $1,000 for the Spin 5.

Rounding out Acer’s announcements, alongside updated ConceptD PCs, is the Aspire 5, which has the option of a Tiger Lake CPU paired with Xe graphics or NVIDIA’s GeForce MX450. You’ll get the usual storage choices, including up to 1TB SSD or a 2TB HDD and up to 24GB RAM. Depending on which specs and display size you opt for, you can grab the Aspire 5 for $499 in December, although the 17-inch edition will set you back $549 when it arrives in February 2021.

In this article: Acer, 2020, Swift, Swift 3X, Intel, Xe, Xe Max, news, gear
All products recommended by Engadget are selected by our editorial team, independent of our parent company. Some of our stories include affiliate links. If you buy something through one of these links, we may earn an affiliate commission.