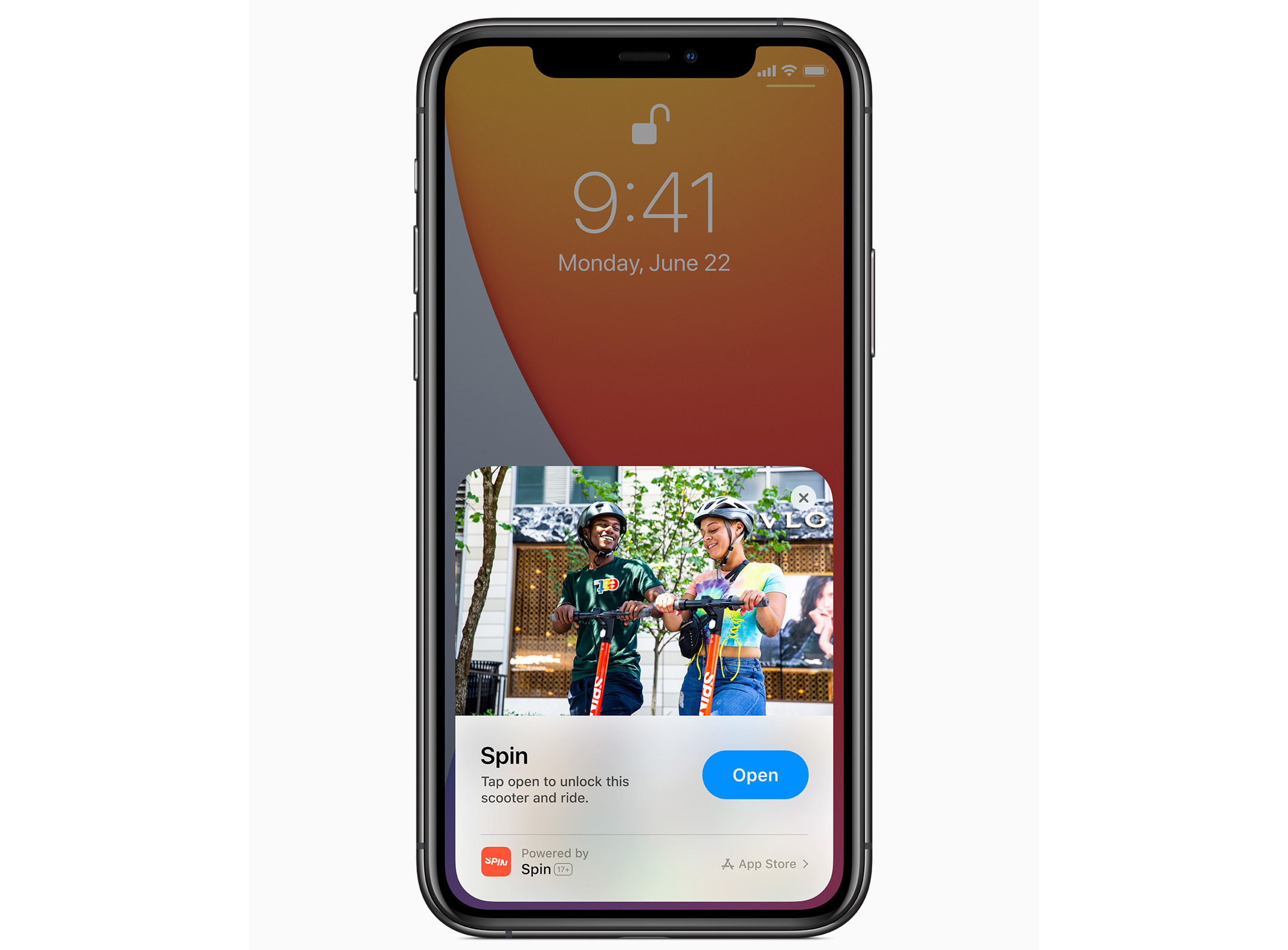 One of the more intriguing new iOS 14 features that was announced this week is App Clips. On the surface, it just seems like an iOS version of Android’s own Instant Apps. It’s a way for you to use an app without having to download it first, which is good if you need to use it on short notice. But App Clips could be more than just a convenient shortcut; it could also be a gateway to Apple’s homegrown sign-in service. And, by extension, a way to turn users away from Google and Facebook log-ins.

One of the key features of App Clips is that it can be used when speed and convenience are paramount, like renting a scooter in a new city. There’s no need to go to the app store and download the scooter app; simply scan the code or trigger the NFC tag and an “App Clip” will appear on your phone. From there, you can pay for your ride with Apple Pay and, more notably, hit “Sign in With Apple” to skip creating a whole new account.

Apple first came up with its “Sign in with Apple” service last year as a privacy-focused alternative to Google and Facebook. These are often used as a convenient alternative to signing up for a new account every time you want to test a new app or read a news story. For a lot of people, it’s just easier to rely on a single login and password. Unfortunately, whenever you use a login from Google and Facebook, that allows the website in question to request data about you, such as your name, birthday, your internet activity, and more. Google and Facebook in turn get a lot of information about you, which they often use to serve you ads.

According to the company, Apple’s sign-in service cares more about your data than the other two because it’ll let you limit the amount of private information that apps typically get. So, for example, while sites and apps will still be able to request your email address, Apple’s Sign In offers the option to hide it. Plus, Apple also will let you generate a unique, random email address that can forward messages from those services to your inbox. This, Apple says, will prevent companies from knowing your real email. Apple also claims that it won’t let these third-party companies use the login to track your internet activity like Google or Facebook might.

As a way to spread the Sign in with Apple service to its customer base, the company made it mandatory for apps to include it as an option if they already had third-party logins. But as widespread as it is, most people will likely already have existing Google or Facebook logins that they use with their favorite apps. And even though Apple’s login option might have better privacy features than its rivals, A) that’s not the kind of information that’s easily conveyed in most apps and B) most people probably don’t care very much.

App Clips, however, could change the rate of adoption for Sign In with Apple significantly. Since these are apps that users don’t already have, it’s very likely that they will just pick the Sign In With Apple option rather than having to go through a whole new account sign up.

What’s more, Apple is opening the possibility for App Clips to work even for businesses that don’t have a specific app of their own. It announced that it’s allowing apps with listings for multiple businesses, such as Yelp, to create App Clip “experiences” for each of them. So, for example, you could launch an “App Clip” for a plumber that you found on Yelp, and pay for its services that way.

As for why Apple would want users to use its sign-in service versus Google or Facebook, there are a few reasons. One is that this makes the iPhone a more holistic all-Apple experience, which is a clear priority for the company. Consider how Apple is attempting to win users away from Google Maps and over to Apple Maps. This reduces Apple’s dependence of third-parties and, importantly, gives it a lot more control over the user experience.

Additionally, Apple’s sign-in service is a way for it to separate itself from the competition. As iOS and Android get more and more alike in terms of services and features, privacy is where Apple hopes to differentiate itself. This is clearly a priority for the company, as evidenced by its giant CES ad that claimed “What happens on your iPhone, stays on your iPhone.” If people continue to sign in with Google or Facebook, then Apple’s claim falls apart pretty quickly. But by making it much easier for users to use Sign In with Apple, it can make the case that privacy remains a priority. And, the more people that use the service, the easier it is for the company to argue users do indeed care about privacy.

Of course, the success of this ploy rests on the popularity of App Clips. As mentioned, Apple is pushing App Clips to be mostly used in very specific contexts, such as scooter apps or parking apps, and its appeal is mostly to first-time users (Regular users will likely just go ahead and download the full app). Much like with Android Instant Apps, most developers will probably prefer you download the full version instead. And it’s worth noting that Instant Apps never quite got enough traction on Android, likely due to low developer adoption. But considering Google and Facebook’s dominance in this arena, Apple could use any help it can get.

In this article: app clips, wwdc2020, ios14, news, gear
All products recommended by Engadget are selected by our editorial team, independent of our parent company. Some of our stories include affiliate links. If you buy something through one of these links, we may earn an affiliate commission.