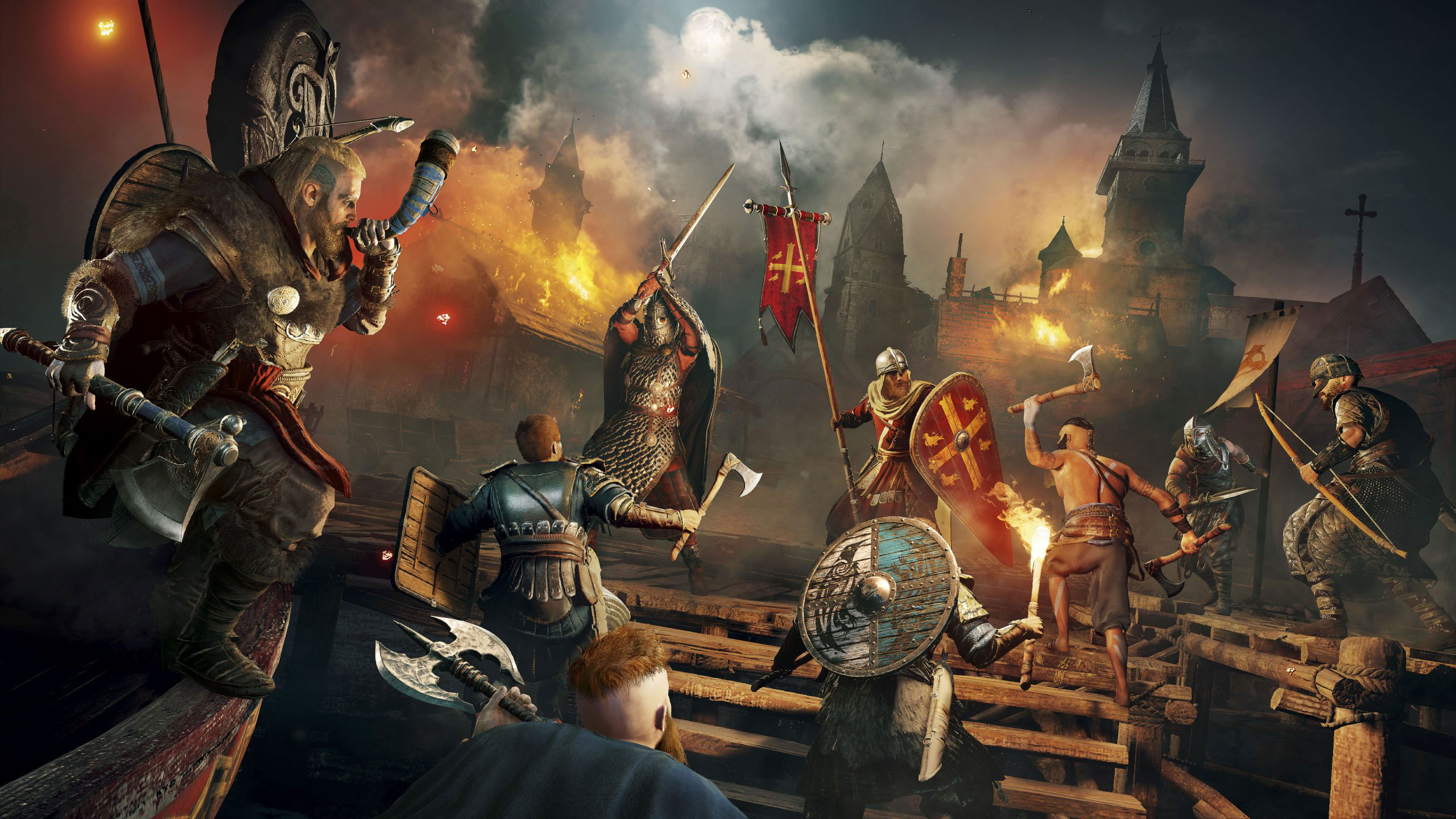 Thirty minutes of leaked gameplay footage from Assassin’s Creed Valhalla is circulating around the internet, despite Ubisoft’s attempts to remove the videos.

The game isn’t scheduled to arrive until this holiday season, and the two trailers Ubisoft released so far don’t include gameplay footage. The leak offers a grainy glimpse of the main character Eivor traveling on horseback through villages, navigating a longboat across open water, killing wolves and busting into a castle. There’s plenty of combat to watch, and at the end of the mission, Eivor must decide whether to kill or save the castle’s owner.

The footage is from a work-in-progress build, Eurogamer notes, and at the time of this writing it can be found in three parts on Streamable (here, here and here).

Ubisoft is hosting its first ever “digital conference” in less than a week. The event is meant to showcase exclusive game news and reveals, and we expected to see more of Assassin’s Creed Valhalla. Perhaps, we’ll see a less grainy version of this gameplay footage.

Update: You can now read our not-leaked preview of Assassin’s Creed Valhalla.

In this article: gameplay, assassin's creed, leak, video game, assassin's creed valhalla, ubisoft, footage, eivor, news, gaming
All products recommended by Engadget are selected by our editorial team, independent of our parent company. Some of our stories include affiliate links. If you buy something through one of these links, we may earn an affiliate commission.