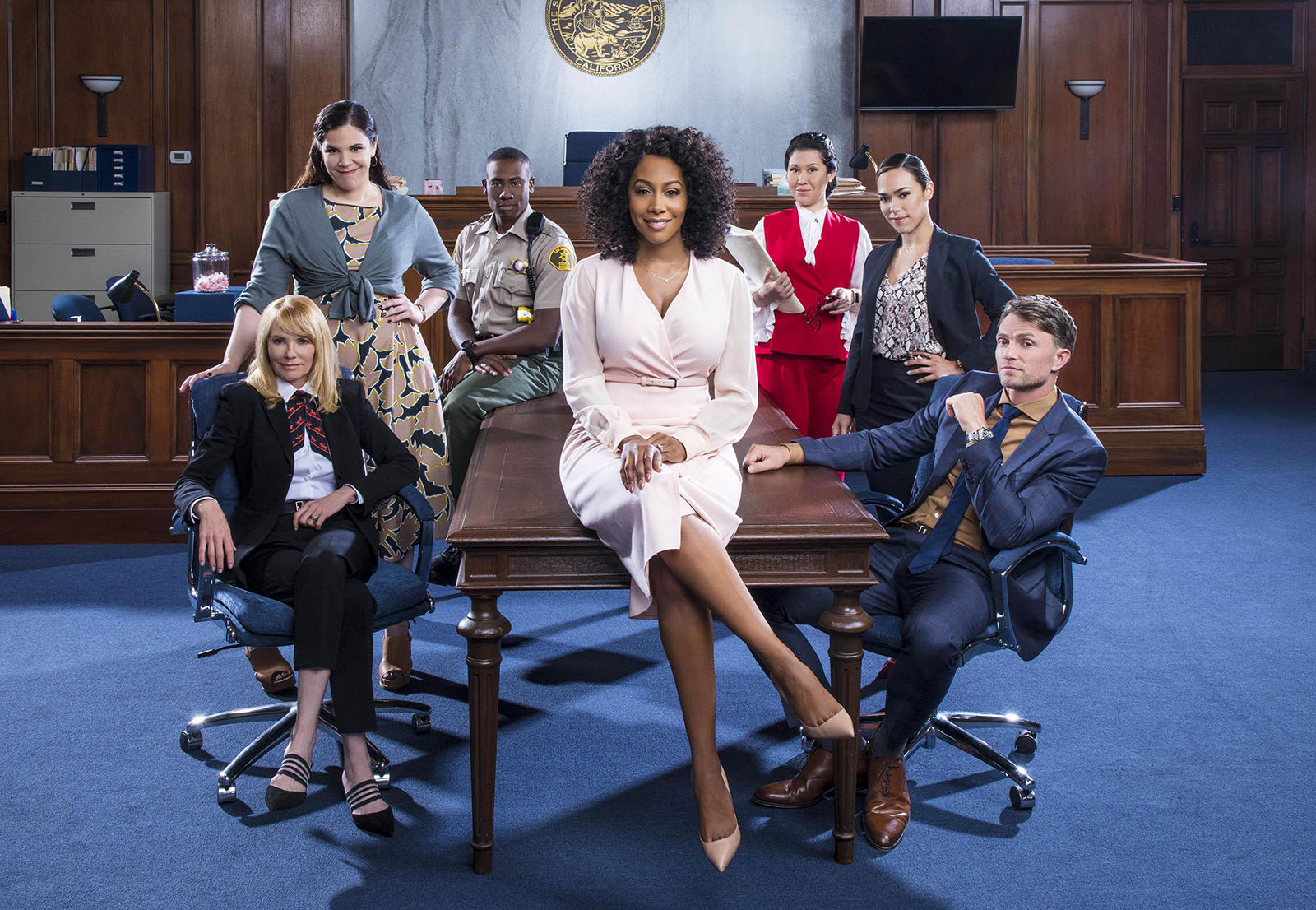 CBS will produce an all-new episode of its courtroom drama series All Rise that revolves around the COVID-19 crisis, both in real life and on the show. The episode’s plot is centered on LA’s shelter-in-place rules and how they impact the criminal justice system, for one thing. In addition, the producers will follow social distancing rules in the real world while filming the episode, using video chat apps like FaceTime, WebEx and Zoom.

According to the synopsis, Judge Benner (CSI’s Marg Helgenberger) authorizes a virtual bench trial presided by Lola Carmichael, portrayed by Simone Missick. The defendant, lawyers and prosecutors participate over virtual chats (on the show and in real life), while also trying to manage their lives in quarantine.

According to CBS, virtual footage will be shot in the cast members’ homes using the aforementioned video apps, while VFX will be used to create the backgrounds. “In addition, a cinematographer operating solo from a vehicle will capture exterior footage that reflects the desolate environment that currently exists on the streets and in the neighborhoods of Los Angeles,” according to the press release.

Film and TV productions have ground to a halt in Los Angeles and elsewhere due to the COVID-19 crisis. Talk shows like Conan O’Brien have already adapted, but All Rise is one of the first filmed dramas to shoot using video apps and unconventional methods, and might not be the last. “It’s a unique chance for our All Rise family to band together — in our different homes, even cities — to tell a story about resilience, justice and the power of community,” said executive producer Greg Spottiswood.

In this article: series, All Rise, AV, social distancing, CBS, COVID-19, news, entertainment
All products recommended by Engadget are selected by our editorial team, independent of our parent company. Some of our stories include affiliate links. If you buy something through one of these links, we may earn an affiliate commission.