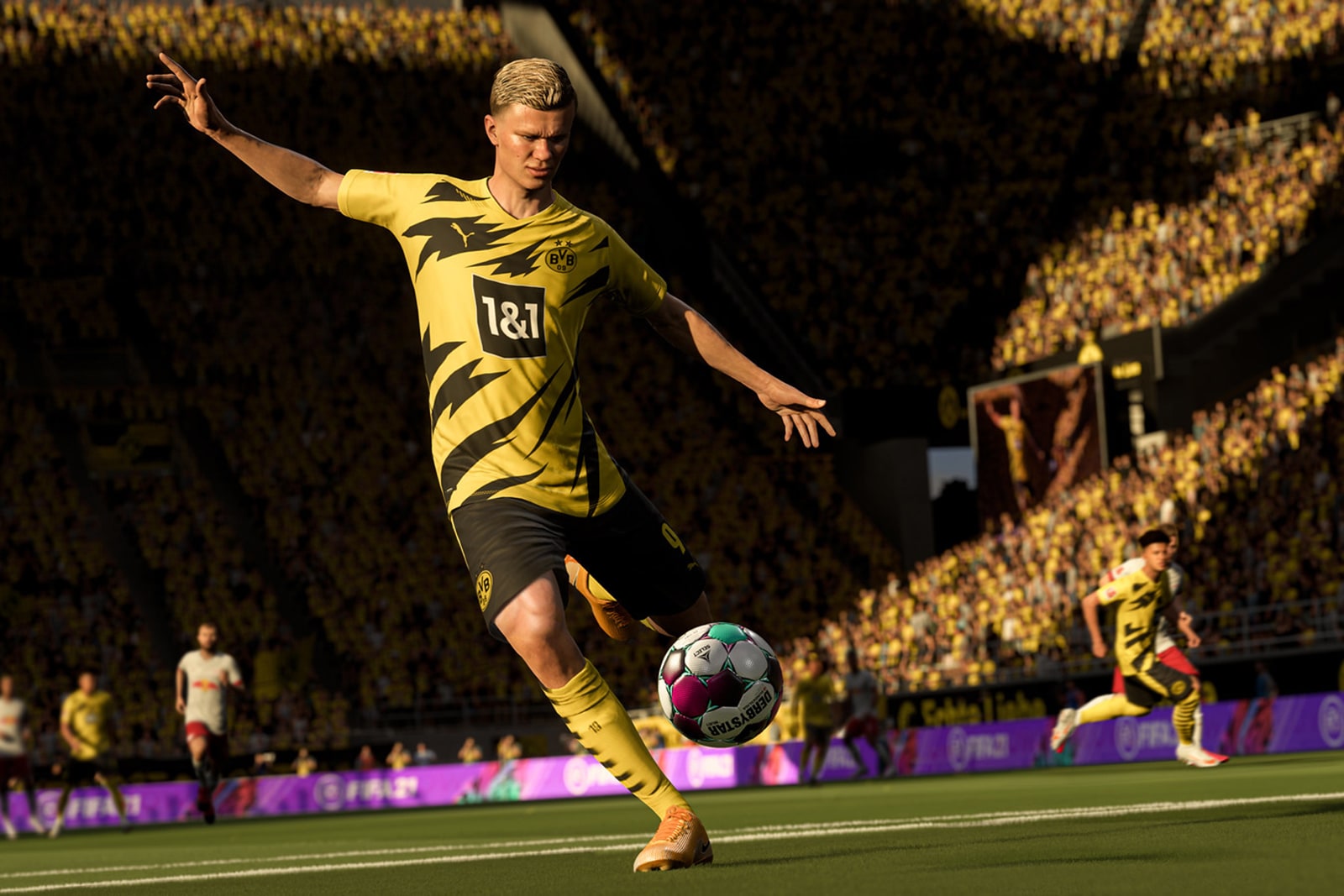 EA is finally ready to explain just how FIFA 21 will improve on the PlayStation 5 with its December 4th update. While you can expect the usual round of visual upgrades (more on those later), the true highlight may be FIFA’s use of the DualSense controller to aid gameplay. For one, the adaptive triggers will add resistance as your players’ stamina worsens — you may quickly realize it’s time for a substitution. This isn’t completely novel (NBA 2K21 also does it), but it’ll be appreciated in the heat of the action. You’ll also get haptic feedback that reflects the foot a player used for a kick, and tackles should be more forceful than the usual fights for position during corner kicks.

It should be faster to hop into a match. EA is taking advantage of the PS5’s Activity Cards to jump directly into certain modes right from the console’s home screen. If all you want is a quick friendly match, you can start it in seconds.

And yes, there are plenty of visual enhancements. You’ll see more responsive “multi-touch” animations that promise better ball control, not to mention more convincing hair and muscles. Deferred lighting creates a more realistic stadium atmosphere. EA is even using next-gen hardware to play with camera angles, including a broadcast-like GameCam during play, pre-match cinematics to set scene and new reaction cameras for goals.

The PS5 update is free to owners of FIFA 21 between December 4th and the eventual release of FIFA 22. You can expect many of the more generic improvements to cross over to the Xbox Series X/S version arriving at the same time. However, it’s evident that EA isn’t just releasing a generic next-gen ugprade. It intends to take advantage of a given system when possible, even if the changes aren’t always visible on screen.

In this article: esportssg, gaming, PS5, FIFA 21, dualsense, video games, news, EA, games, EA Sports
All products recommended by Engadget are selected by our editorial team, independent of our parent company. Some of our stories include affiliate links. If you buy something through one of these links, we may earn an affiliate commission.