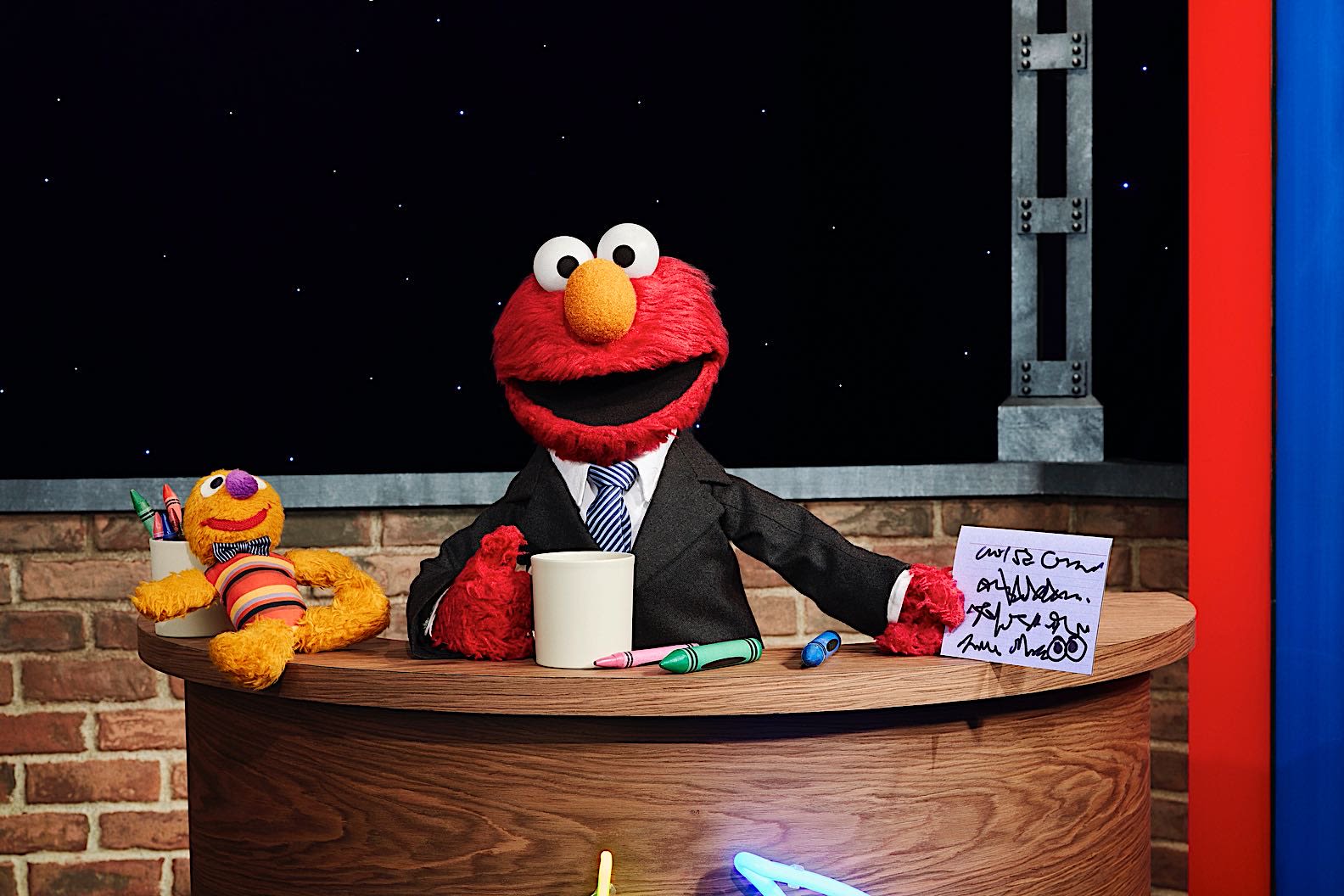 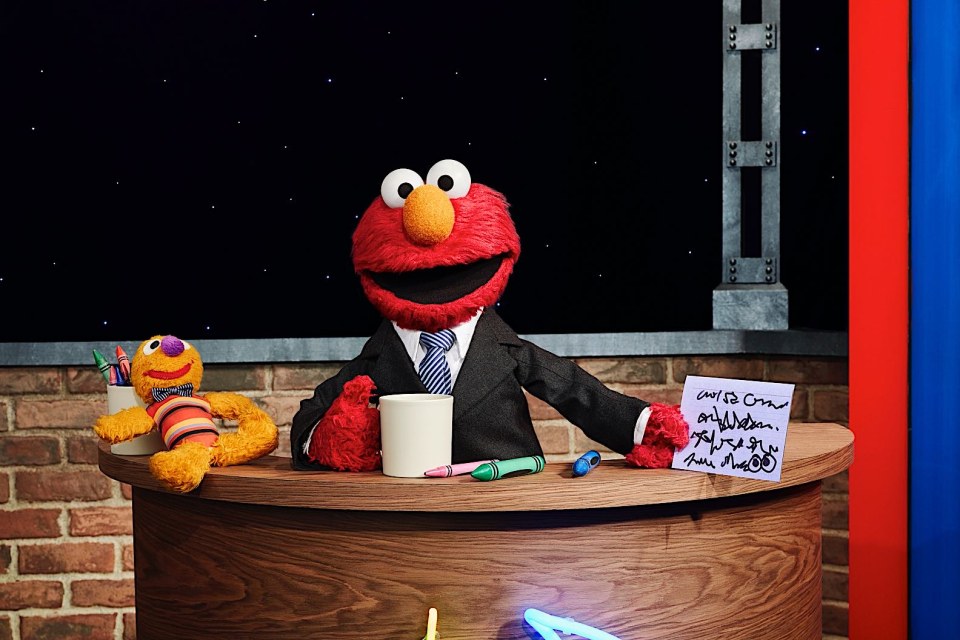 After months of hype, WarnerMedia’s latest streaming service is here. HBO Max -- not to be confused with HBO Go or HBO Now -- is available today, and its debut brings a host of originals and exclusives to get you to sign up for yet another service. Max offers everything you’ll get from HBO, plus enough movies and shows to keep you busy streaming for a long, long time.

Both HBO Go and HBO Now will continue to be available. Go offers on-demand streaming access to HBO cable subscribers; Now serves the same purpose but as a standalone option for cord-cutters. The biggest difference between them and HBO Max is the content library. Go and Now offer every season and episode of HBO shows alongside movies and TV specials. Max adds exclusive originals plus a selection of non-HBO shows and movies on top of the main HBO stuff. If you’re paying $15 per month for HBO Now, the switch to HBO Max is a no-brainer, and it will happen automatically. However, if you really want to keep HBO Now as is, WarnerMedia confirmed that option will still be available for some reason.

So HBO Max isn’t replacing HBO Now, but HBO Max is kind of replacing HBO Now. Just know you’ll have to access HBO Now or “HBO only” through the HBO Max app. If you have a Now subscription, you’ll be upgraded automatically to Max -- if you subscribe directly through HBO. Ditto if you’re billed through Apple, Google Play, Samsung or an internet service provider that has an agreement in place. WarnerMedia says this change will happen “at no extra cost.” There will be an app update where the HBO Now software transitions to HBO Max, including the name. You’ll have to accept the HBO Max terms and select “Access All of HBO Max” to make the switch.

If you have an HBO subscription through your cable company, you’ll likely get access immediately too. The company specifically mentions AT&T TV, DirecTV, AT&T U-Verse, Comcast, Hulu, Spectrum, Altice, Suddenlink, Optimum, Cox Contour and Verizon Fios TV, but “select independent providers” will also offer HBO Max. If you don’t see your cable or internet company listed, more partners are in the works if you want to subscribe that way. Comcast was a late addition to the list: WarnerMedia announced a deal after HBO Max had launched.

If you don’t currently have HBO in any form, you can subscribe to HBO Max through the service’s website. You can also sign up via one of the service providers above or through HBO Max apps via Samsung, Apple and Google Play. If you’re using Hulu or YouTube TV, you can get access to the service through those as well.

HBO Max will only be available in the US at launch. WarnerMedia plans to expand to Europe and Latin America next, although an exact timeline hasn’t been announced.

As expected, HBO Max will be available in most places where HBO apps are found. That includes Android TV, Apple TV, Chromecast, PlayStation 4, Xbox One and Samsung Smart TVs (2016-2020 models). Of course, there are apps for Android and iOS along with desktop access via the web. You will be able to download “top titles” for offline playback, should you need to do so. It’s unclear if that means everything or just select content.

Two notable omissions are Amazon Fire TV and Roku. Other HBO apps are available on those platforms, so the service might make it to those platforms eventually. According to Variety, WarnerMedia is in talks with Roku while it sounds like negotiations with Amazon may drag on. What’s also unclear is if HBO Max will be available through the aforementioned cable partners’ TV boxes or if you’ll have to use a separate device to access the streaming repository.

HBO Max is $14.99 per month after a seven-day free-trial period. WarnerMedia offered a discount for those who signed up early (prior to May 27th at 3 AM ET), but it’s unclear if the $11.99 monthly rate (for 12 months) will be available in the future. However, if you have a qualifying TV/internet plan, you might be eligible to get it for free.

If you're an AT&T customer paying for HBO, then Max will be included for free. AT&T TV, mobile and internet bundle customers (DirecTV, U-verse, et cetera) will also get access at no additional cost. Simply sign in with the same AT&T credentials. This isn’t a surprise, since AT&T purchased Time Warner, including all of WarnerMedia’s assets (HBO, Warner Bros.). However, it’s not that simple across the board. Some AT&T customers will get HBO Max for free permanently while others will get one month, three months or a year of the service. It depends on your TV, internet or mobile plan, so you’ll want to check with AT&T to see what you qualify for.

Other TV providers that will offer HBO Max for free alongside a regular HBO subscription include Spectrum, Altice, Suddenlink, Optimum, Comcast, Cox, Verizon Fios TV and YouTube TV. A similar arrangement is available through NCTC independent providers as well.

WarnerMedia plans to introduce an ad-supported tier post-launch, but there’s no pricing or launch info just yet. It would presumably be cheaper, but it could also have content limitations. Again, we’re waiting for more details.

Besides a massive catalog of HBO series, WarnerMedia is hoping to woo you with a spate of new original shows, documentaries and more. COVID-19 has hampered the production schedules, with things like the Friends reunion special being delayed due to the outbreak. At launch, HBO Max will offer six originals with more to come in June. The first group includes comedy series Love Life with Anna Kendrick, the #MeToo documentary feature On The Record, fashion competition Legendary, all-new Looney Tunes cartoons, Elmo’s late-night-esque talk show and Craftopia, a kids’ competition show hosted by YouTuber Lauren Riihimaki.

It’s worth noting that WarnerMedia plans to avoid “binge and burn” scenarios by releasing two or three episodes of shows when they debut. It will then follow a weekly schedule for new episodes after the premiere. Fifty originals were planned in the first 12 months, but the global pandemic may stymie that goal.

WarnerMedia has already announced what’s coming this summer and this fall as well as “upcoming” projects. It also claims to have revealed everything that will be added to HBO Max in June, including five more originals. There’s a spate of stand-up comedy specials on the way, with names like Tracy Morgan, Conan O’Brien, Rose Matafeo and Ahir Shah. Ridley Scott’s sci-fi series Raised By Wolves is expected to debut this fall, and there’s also a Carol Peters film called Superintelligence coming at some point. There are several DC Comics shows in the works, including an Aquaman animated series, DC Super Hero High and a Green Lantern show from the folks behind The Flash, DC Legends of Tomorrow, Arrow and Supergirl. Plus, JJ Abrams is working on a Justice League Dark project.

And don’t forget about Sesame Street. HBO Max will be home to the entire back catalog, and five new 35-episode seasons will debut on the service before heading to PBS Kids. There will also be specials and spin-offs, including Elmo’s show I already mentioned. Of course, COVID-19 could delay some of these items, but it’s clear HBO Max won’t be short on original content in the months to come.

WarnerMedia made headlines in the lead-up to HBO Max by snapping up some high-profile TV favorites as exclusives for its service. Those include Friends, Big Bang Theory, Doctor Who (in the US), South Park, Rick and Morty, Pretty Little Liars and Anthony Bourdain’s Parts Unknown (a Bourdain documentary is also in the works for HBO Max). The company spent hundreds of millions on some of these shows individually, hoping you’ll pay to see if Ross and Rachel ever end up together … again.

There’s also a massive selection of TV shows from WarnerMedia’s catalog networks, including CNN docuseries and much more. Series like The Bachelor, The Bachelorette, The Fresh Prince of Bel-Air, Full Frontal with Samantha Bee, Impractical Jokers and the British version of The Office are on the initial list at launch. Expect to see a variety of anime from Crunchyroll too.

To say there are a lot of movies on HBO Max is a massive understatement. An extensive list is already available, and plenty more are coming in June. It’s important to note that anything available through HBO will also be on Max. For example, Ad Astra, Ford v Ferrari, Doctor Sleep and The Good Liar are all coming next month. There’s a good selection of timeless classics like Citizen Kane and Casablanca alongside every live-action DC Comics film from the past decade. Even the infamous Zack Snyder cut of Justice League is coming in 2021. Studio Ghibli films are also available for anime fans. And, of course, a large variety of Warner Bros. movies.

Update 5/27 3:12PM ET: A few hours after launch, WarnerMedia and Comcast announced a deal that gives Xfinity customers access to HBO Max at no additional cost. Existing subscribers can stream via the HBO Max app or on the web. The companies say they will “work quickly” to add HBO Max to the Xfinity X1 platform and Xfinity Flex — a 4K TV streaming service and internet bundle. Xfinity customers who don’t already subscribe to HBO will be able to sign up for Max directly from Xfinity “in the coming days.” This post has been updated to reflect this news.

In this article: streaming, hbo max, tv, service, television, movies, thebuyersguide, att, streaming service, warnermedia, feature, entertainment
All products recommended by Engadget are selected by our editorial team, independent of our parent company. Some of our stories include affiliate links. If you buy something through one of these links, we may earn an affiliate commission.