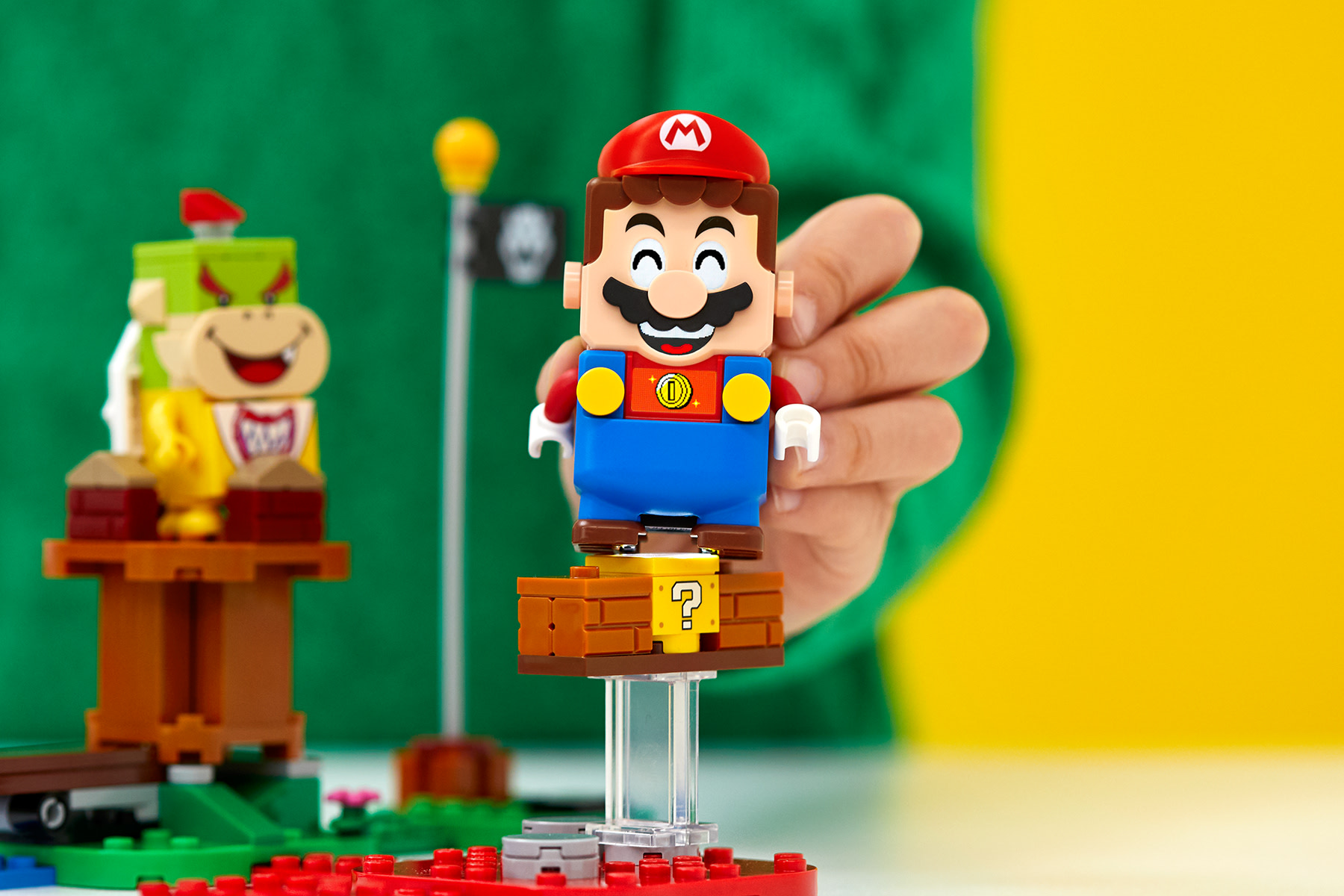 Lego and Nintendo are ready to share a few more details about their unusual Mario-themed collaboration. The aptly-named Lego Super Mario will launch on August 1st with three sets called Adventures with Mario Starter Course — which serves as the foundation for the entire product line — Piranha Plant Power Slide Expansion Set and Bowser’s Castle Boss Battle Expansion Set. You can pre-order the Starter Course now for $59.99/€59.99 — the same price as most Nintendo-made games at launch — from Lego’s online store and select retailers. The Piranha Plant and Bowser packs, which aren't yet available to reserve, will cost $29.99/€29.99 and $99.99/€99.99 respectively.

The Starter Course will come with the chunky Mario figure unveiled last month. It’s larger and more expressive than the average Lego minifigure, thanks to some LCD screens packed into his eyes, mustach-covered mouth and belly. The mostly-plastic character is also equipped with a built-in speaker that delivers iconic music and sound effects from the video games. The 231-piece starter pack will also ship with a green pipe -- which serves as the start of the course -- and a few pieces that allow Mario to pick up digital coins, including a yellow Question Block, Goomba and Bowser Jr.

Neither company has fully explained the technology underpinning the range. Today, though, The Lego Group confirmed that the Adventures with Mario Starter Course set comes with seven “action bricks” that allow “different interactions” with the Mario figure.” These special pieces were visible, but never named or fully explained in the video released last month. They appear to have a special pattern on top, which suggests Mario’s various reactions and coin collecting revolve around RFID tags.

The Lego Group did reveal, though, that there will be a special Lego Super Mario app that keeps track of your scores, offers digital instruction manuals, a forum for sharing ideas, and suggestions for “other creative ways to build and play.” Again, the company hasn’t confirmed how the app interacts with the Lego Super Mario sets. We’ve seen that Mario has a Bluetooth button on his back, though, so we wouldn’t be surprised if the figure connected to your chosen device that way. "It’s very exciting to think of Lego Mario becoming a real friend to children and to picture them playing in their very own Mario world that they imagined themselves," Takashi Tezuka, an executive officer and game producer at Nintendo said.

The Japanese console maker and video game developer has experimented with physical play before. The company manufactured playing cards and toys before moving into video game development in the early 1970s. In recent years, Nintendo has dabbled with Amiibo, an ever-growing set of figurines that can be used to unlock new features and content in compatible video games, and Labo, a series of cardboard-based construction kits that create pianos, driving wheels, VR headsets and other novel Toy-Cons for the Switch. The Lego Group, meanwhile, has dipped into video game territory before with Minecraft and Overwatch sets.

In this article: LEGO, Super Mario, Mario, Lego Super Mario, Nintendo, news, gear, gaming
All products recommended by Engadget are selected by our editorial team, independent of our parent company. Some of our stories include affiliate links. If you buy something through one of these links, we may earn an affiliate commission.