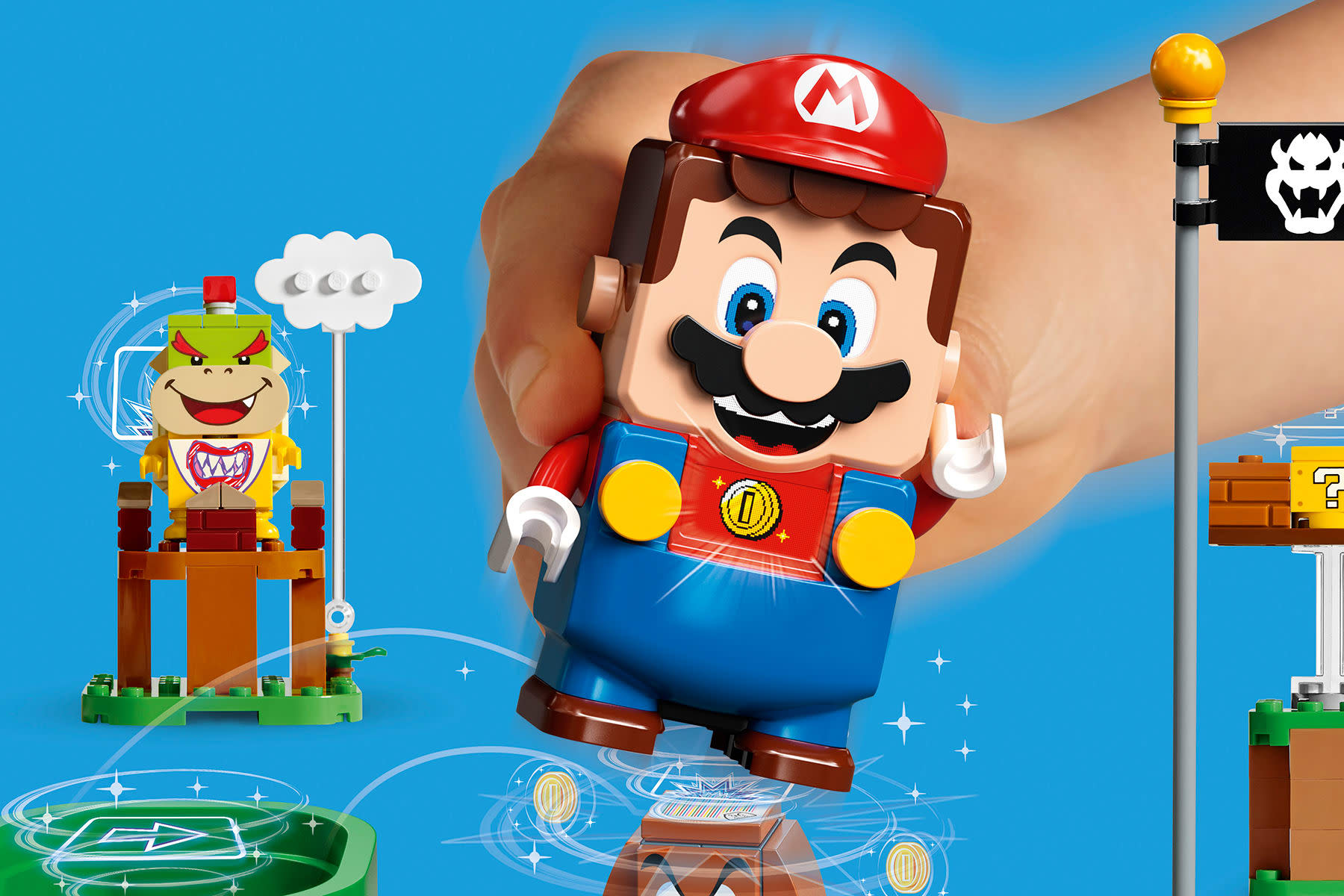 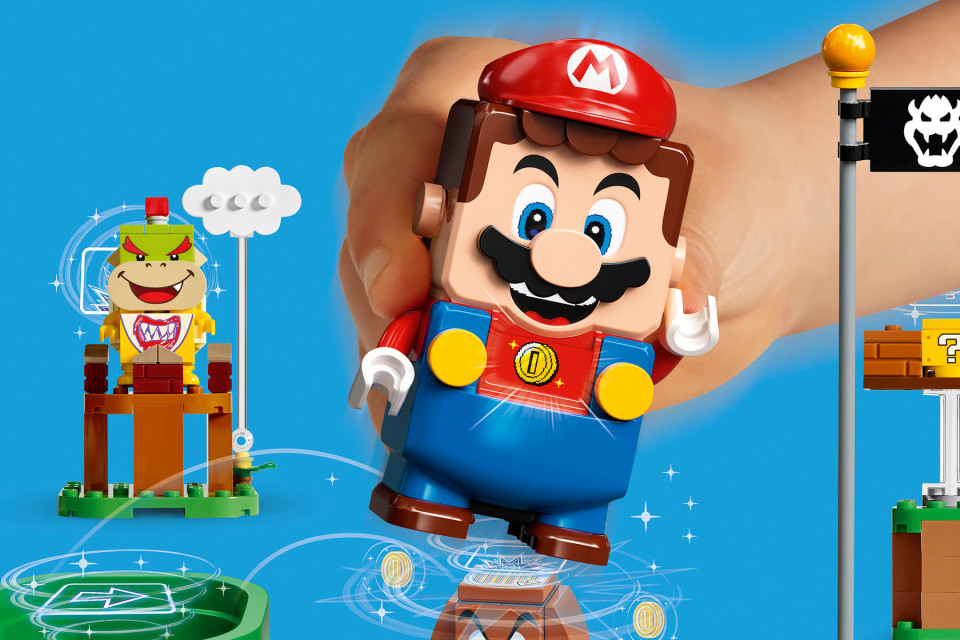 Lego and Nintendo feel like a perfect match. The pair's first official partnership is more than a basic licensed set, though. The aptly-named Lego Super Mario will come with a chunky version of the plumber -- one that's larger than a standard Lego minifigure -- with a couple of switches on his back and some digital displays that represent his eyes, mouth, and a chest area just above his blue overalls. You'll then be able to build and play through classic levels from the Mushroom Kingdom that feature Goombas, Piranha Plants and question blocks. Somehow, Mario will know what they are and react accordingly when you mock-jump and stomp on them.

How does this interactive set work? For now, Lego and Nintendo are staying hush-hush on the details. Look closely, though, and you'll notice Mario's bluetooth button and some special Lego pieces that resemble RFID tags. "The new product we created together with the LEGO Group seeks to combine two different styles of play," Takashi Tezuka, executive officer and game producer at Nintendo explained. "One where you freely build the world of Mario and the other where you play with Mario in the very world that you have created." The Lego Group's Julia Goldin added: "By seamlessly incorporating the latest digital technology, LEGO Super Mario is a highly social, interactive and collaborative experience for kids."

The first Lego Super Mario sets will launch later this year for an unspecified price. The product line, while undoubtedly unique, won't be the first inspired by a video game property. The Lego Group has already created some Minecraft-themed sets -- which make perfect sense, given the game is already about blocks -- and Blizzard's squad-based shooter Overwatch.

In this article: art, gaming, LEGO, LEGO Super Mario, mario, nintendo
All products recommended by Engadget are selected by our editorial team, independent of our parent company. Some of our stories include affiliate links. If you buy something through one of these links, we may earn an affiliate commission.