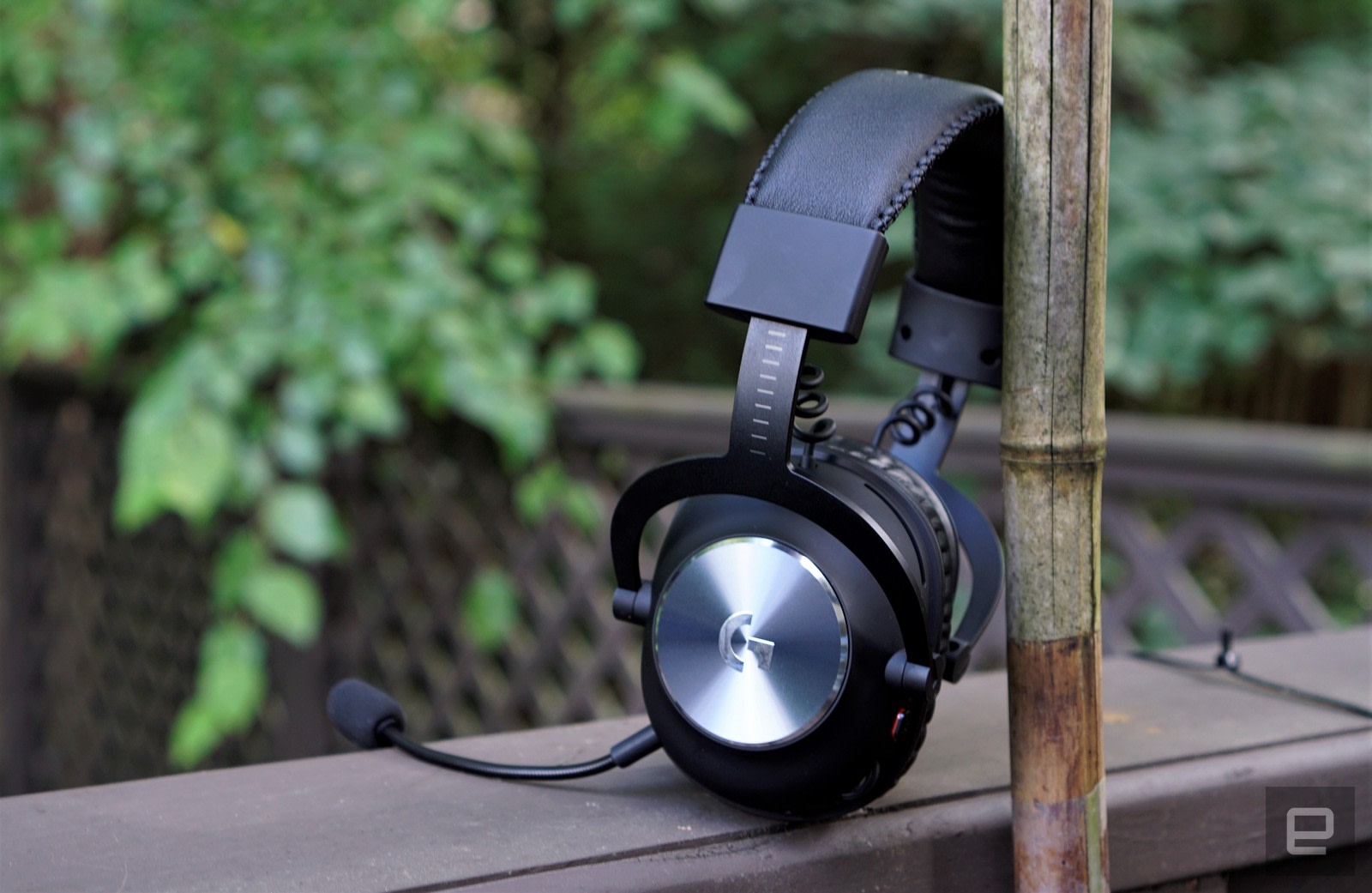 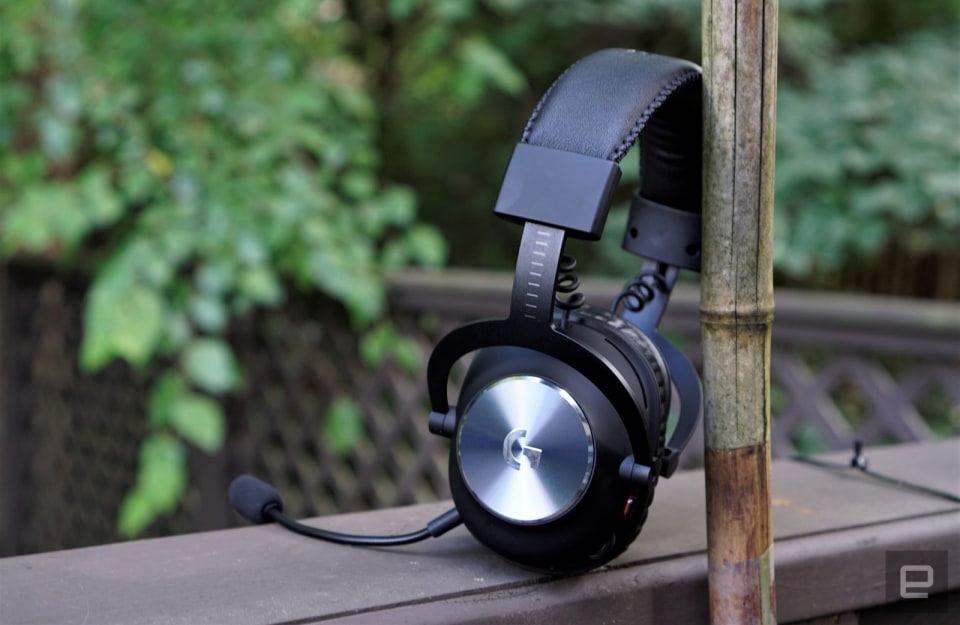 Logitech stepped up its headphone game with last year's Pro X headset, which featured microphone-boosting software from Blue (a company it acquired in 2018). This year, its gaming division Logitech G is taking that same design and snipping the cord with the $200 Pro X Wireless. It's also the first headset with the company's low-latency 2.4GHz Lightspeed technology, which so far has only appeared in keyboards and mice. 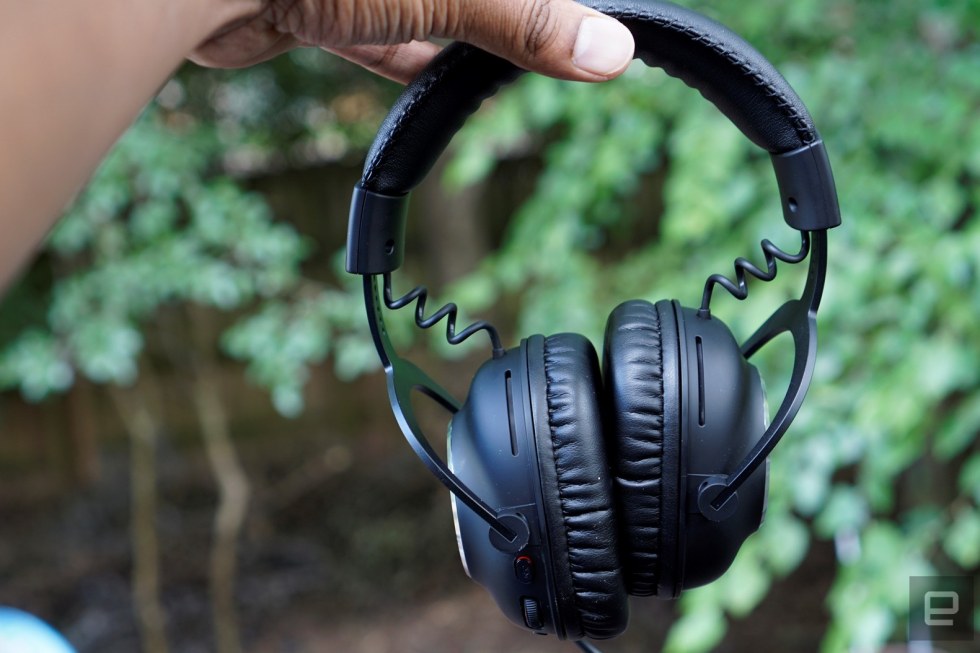 Logitech tells us the Pro X Wireless was developed together e-sports players like League of Legends star Soren "Bjergsen" Berg. Based on my week of testing, it definitely feels like a headset that was made for extended play. Its plush memory foam earpads and headband are both clad in soft leatherette, deftly balancing the light steel and aluminum frame on my noggin. It also feels far sturdier than Logitech's other cans, like the G633 and G935, which relied more on flimsy plastic frames.

I haven't spent much time with the wired Pro X headset, but the wireless version sounds as lush and responsive as some of my favorite corded gaming headsets, like SteelSeries's Arctis Pro. Logitech's 50mm drivers deliver plenty of detail across music, games and movies (it even made a dull action movie like 6 Underground sound exciting), though I would have liked some slightly punchier bass. I was able to pump it up a bit in Logitech's G Hub software, which gave my Overwatch matches more of a dramatic punch. I was also able to flip on DTS:X 7.1 virtual surround sound in the same app, which made it easier to figure out where exactly my enemies were hiding.

Like many of Logitech's cord-free gaming headsets, the Pro X Wireless relies on a USB dongle to connect to your PC. That allows it to deliver audio that's more reliable and higher quality than standard Bluetooth headsets. The company claims its battery should last for around 20 hours, which is close to what I saw during my testing. Charging the headset once in a while is a worthy trade-off for being completely wireless.

The Pro X Wireless's microphone plugs into a 3.5mm port along the front of the left earcup. That's useful if you want to remove it entirely while listening to music, but I would have like to see a more convenient retractable unit instead. It also would have been nice to see Blue's hardware in the mic itself, but Logitech tells us it's a fairly standard cardioid unit instead. The real magic is reserved for Logitech's G Hub software, where you can flip on "Blue VO!CE" and choose from a variety of recording presets. You can also tweak a variety of tools, like a high-pass filter, de-esser and compressor, and there's a basic equalizer to adjust as well.

I wasn't expecting much, but Blue VO!CE definitely adds a noticeable amount of richness to my voice recordings. Sure, I'd never mistake the results for a dedicated microphone, but it still sounds solid for a gaming headset. Let's just hope Logitech can get some actual Blue hardware into its next headset.

You'll be able to snag the Logitech G Pro X Wireless Lightspeed headset when it hits stores in August. At $200 though, it’s far more expensive than other solid wireless headset picks, like the $130 HyperX Cloud Flight. And if losing the cable isn’t that compelling to you, the wired Pro X is also a great deal cheaper at $130.

In this article: Logitech G, Logitech, gaming headsets, Blue Microphones, Pro X Wireless, news, gear, gaming
All products recommended by Engadget are selected by our editorial team, independent of our parent company. Some of our stories include affiliate links. If you buy something through one of these links, we may earn an affiliate commission.