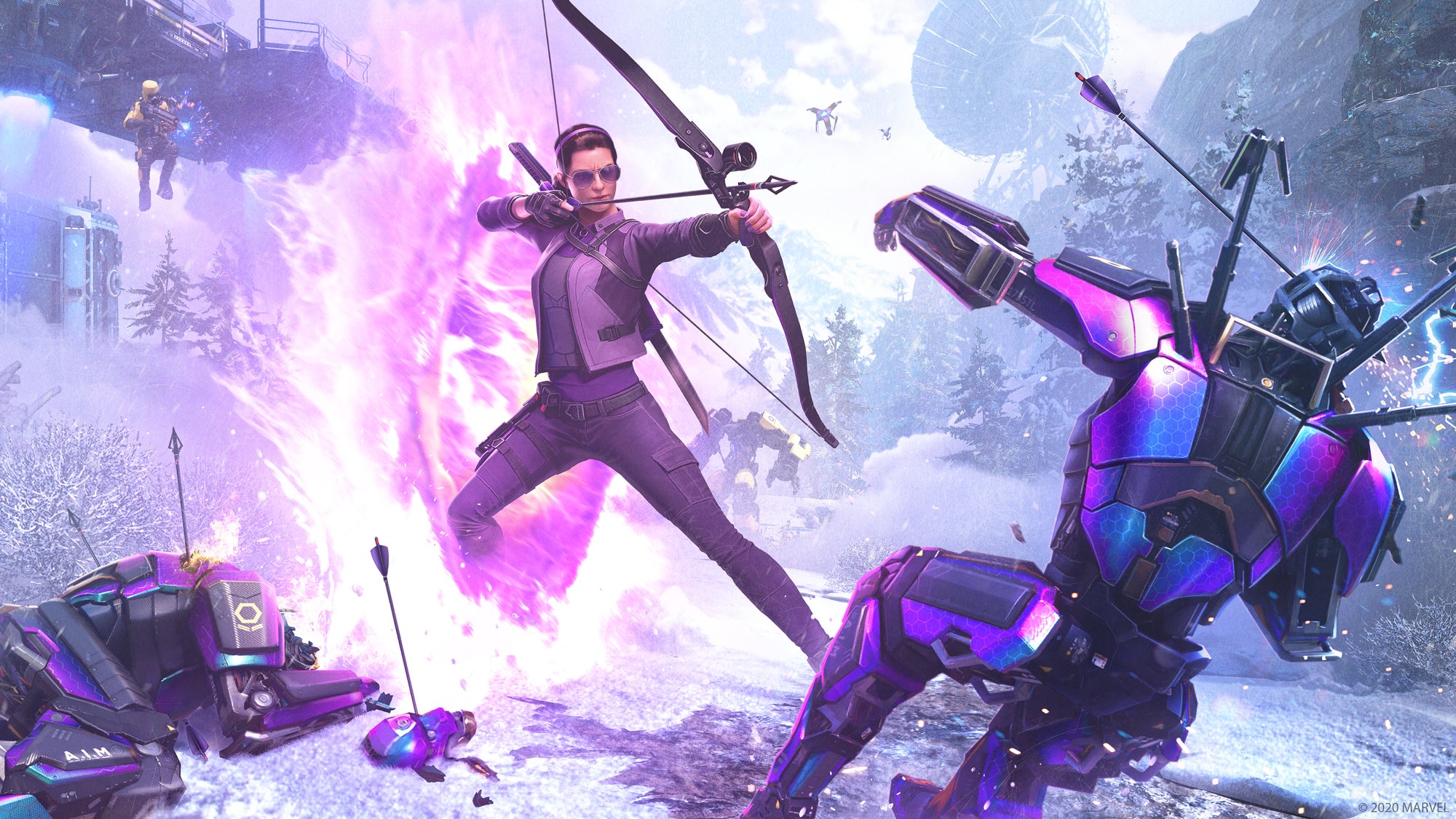 Marvel’s Avengers will get its first post-launch hero on December 8th. That’s when Kate Barton (aka Hawkeye) will join the lineup as part of a free update. Crystal Dynamics previously aimed to add the character in October, but it pushed back those plans.

Kate is searching for her former mentor, Hawkeye, but along the way she discovers a conspiracy involving Nick Fury, time travel, and a frightening new enemy.

Her abilities include a bow for ranged attacks and teleportation, according to the latest War Table stream. More missions will be available as part of the December 8th update too. The Taking AIM DLC will kick off the first season of the Avengers Initiative campaign.

Clint Barton, the other Hawkeye, is scheduled to arrive early next year. The delayed PlayStation 5 and Xbox Series X/S versions of Avengers should also emerge in early 2021 with free upgrades for PS4 and Xbox One players.

Things haven't entirely gone smoothly with Avengers for Crystal Dynamics and Square Enix. There have been a number of delays, while the publisher’s games division posted an operating loss of more than $48 million last quarter. There were suggestions that slower-than-expected sales of Avengers played a factor. Still, for those who have bought Avengers, the addition of Hawkeye(s) and more missions should give them some reasons to keep playing.

In this article: marvels avengers, square enix, crystal dynamics, hawkeye, kate barton, dlc, playstation 5, playstation5, ps5, xbox series x, xboxseriesx, avengers, news, gaming
All products recommended by Engadget are selected by our editorial team, independent of our parent company. Some of our stories include affiliate links. If you buy something through one of these links, we may earn an affiliate commission.