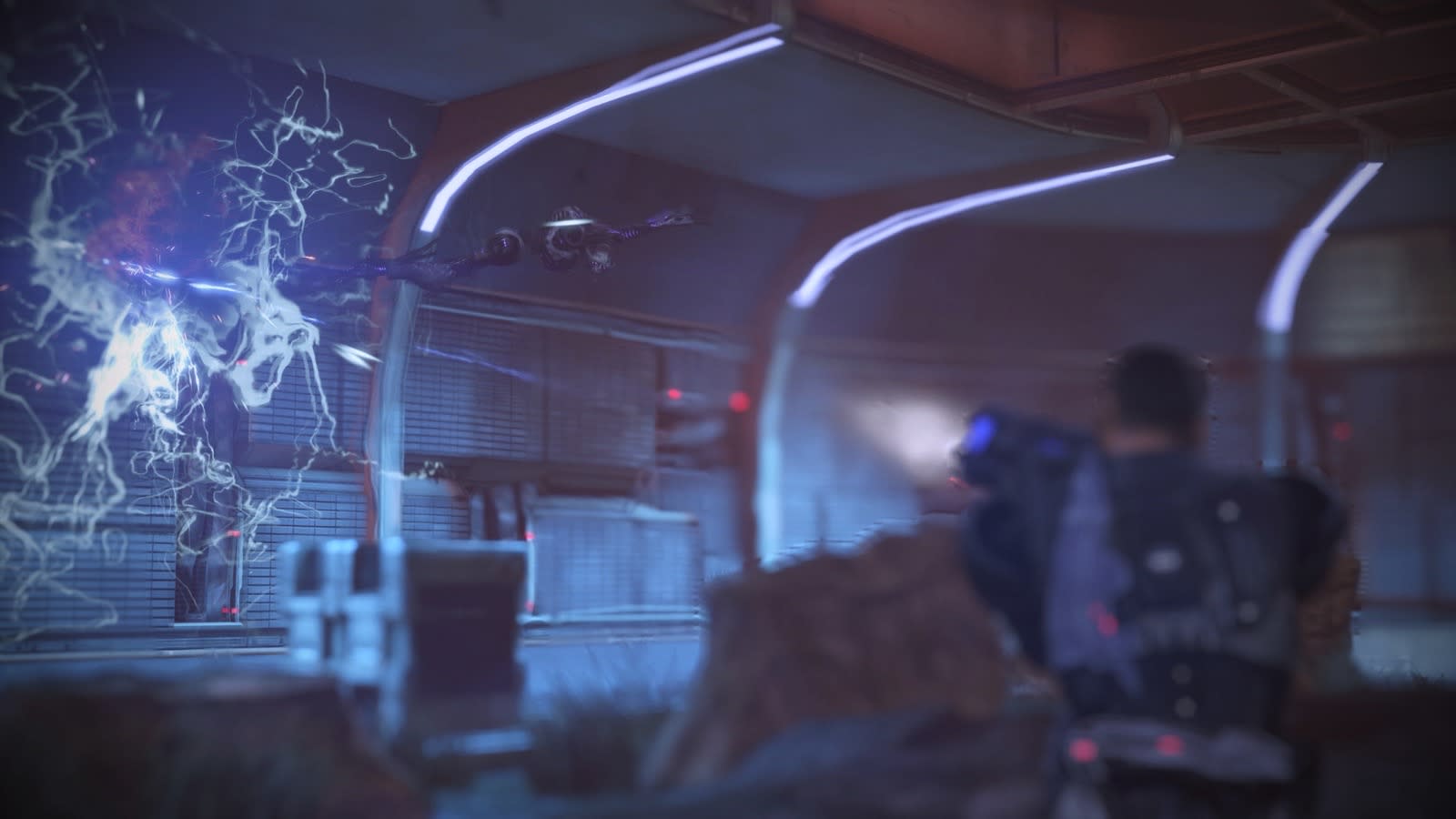 And replaying 'Mass Effect 2' is the reward at the end.

BioWare’s Mass Effect trilogy is a hugely influential game series that, along with the developer’s Dragon Age series, remains unmatched when it comes to how a player’s decisions can have in-game and across an entire series. What made me — and many — fall in love with Mass Effect were these choices that would shape the universe, touching on themes of genocide, weighing up the lives of the young versus the old, whether to help out an old friend, or prioritize an entire colony; choosing what you think was best for the future of everyone, or just messing up the galaxy if you wanted to play the bad guy.

Mass Effect Legendary Edition has arrived, and I’m so thankful that the original Mass Effect got the heaviest overhaul when it comes to gameplay and graphics. The original game had clunky gunplay and cover detection, and forced you to dive into menus to access special attacks and powers. This, alongside the notion of once again driving around in the unwieldy Mako all-terrain vehicle, stopped me replaying through the trilogy in the run-up to this relaunch. I just couldn’t face it.

The creators have noted that they didn’t want to “unnecessarily change what our fans have come to love about each game” and this was challenging with the first game, whose gameplay differed from the games that came after it. Weapons in Mass Effect used to feel overly inaccurate — and kind of random. This remake has refined handling and aiming so while it still feels different (and a little more punishing) than Mass Effect 2 et al. This probably how the game should have felt at launch. Any enemy with a head will now take critical headshot damage; your sniper rifle won’t sway or wobble so much; and any character class can use any kind of weapon, although your class will still offer additional skills to certain weapon types.

These, alongside a less erratic cover mechanic (as well as more places to cower as your shields recharge), are the gameplay changes I noticed. You still can’t dash, annoyingly, and the cover mechanics still aren’t as good as the sequels, but hey, it’s better. There are plenty of other tweaks that EA has already listed online here. They’re all improvements, but they can’t salvage just how frustrating battles in the first Mass Effect can be at times, or how confusing it is to wander around the labyrinthine stages at times. I’m actually thankful they had to rebuild the game’s major hub area, the Citadel, after the events of this first game, if only for the sake of navigation.

I briefly played the opening acts of Mass Effect 2 and 3, just to see how they looked. At this point, I’ve only just finished chewing through the first game. And I mean chewing: A lot of the gameplay improvements that came later with the series simply aren’t here. Mass Effect remains a difficult game to love at times. But I’ve done the hard work now, though, and I’m approaching the start of Mass Effect 2 — my favorite of the trilogy. I’ve already made some new decisions as I played through Mass Effect, (RIP my love, Kaiden) and I’m looking forward to taking my protagonist Shepherd in different directions in my journey to save the galaxy all over again. Already, it’s been worth diving in, replaying a game I once loved. (Yes I have a reputation for this kind of thing.)

For new visitors to the Mass Effect universe, the Legendary edition is the way to see it. At the same time, for returning players, the graphical lift and how quickly levels (and across-the-galaxy jumps) load all help to keep you invested in this very lengthy trilogy — one that might get another chapter in the future.