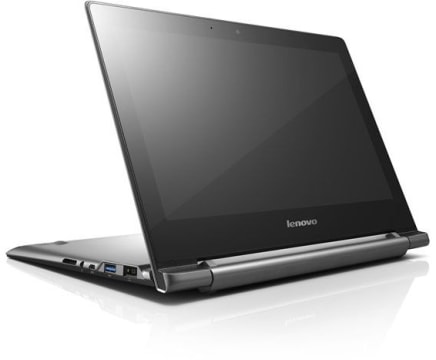 72 Global Score
A dependable product that doesn't really stand out from the competition.
72

The Lenovo N20p tries to set itself apart from its Chromebook competition with a hinged screen that lets you use the device as a standing tablet. Unfortunately, lackluster performance and an average screen keep it from being a truly attractive alternative.

If "buttoned-down, professional, and reserved" is a design philosophy that appeals to you, then you might like the build on the N20p, which Digital Trends calls "plain" and not "inviting." But Computerworld still thinks it's "well-built," and SlashGear says its "solid and conservative." Unfortunately, the display isn't as solid. Though the 1,366 x 768 resolution is pretty standard among Chromebooks and PC Mag says it's "par for the course for this price range," Laptop Magazine calls it one of the "weaker components" on the N20p, offering "poor accuracy, color reproduction and viewing angles."

The N20p matches that mediocre exterior with middling performance that Digital Trends says was "fast enough" but didn't leave "much grunt to spare." PC World found it "mediocre," while CNET says it's "middle-to-top of the pack in most tests" but that's because most of your usage will be online tools that are "pretty lightweight and easy to run." And compared to other ChromeOS devices, Computerworld says it "feels like a meaningful step backward."

With so many middle-of-the-road features, the one thing that's special about the N20p is its hinged screen, which Computerworld found "handy." But, as PC Advisor notes, "the normal laptop setting also allows the screen to sit up unaided," making the stand mode superfluous. It's even a drawback in some cases, with PC Mag finding that the rubber feet for the stand "may slightly dig into your wrists" when using it in laptop mode and PC Advisor says that using volume controls on the YouTube app in the stand mode equated to "some kind of sadistic torture."

The hinged screen of the Lenovo N20p seems like a nice idea, but ultimately it doesn't give this Chromebook a real advantage over faster, cheaper systems built with more traditional designs.
71
Average Critic Score
Critic Reviews 9
Product Review
TechRadar
Hands on: Lenovo N20p Chromebook review
The Lenovo N20p Chromebook is one of the most gorgeous Google-stamped laptops I've seen yet. Like the Dell Chromebook 11 before it and the Samsung Chromebook 2 to come, Lenovo has clearly applied its eye for style to the Chrome OS notebook.
Read Full Review
Product Review
CNET
Lenovo's new N20p Chromebook adds touch and a 300-
In our hands-on time with the N20p and N20, both felt like a distinct step up from the least-expensive Chromebooks, such as Acer C720 line.
Read Full Review
See All Critic Reviews
0
Average User Score
User Reviews 0
See All Reviews