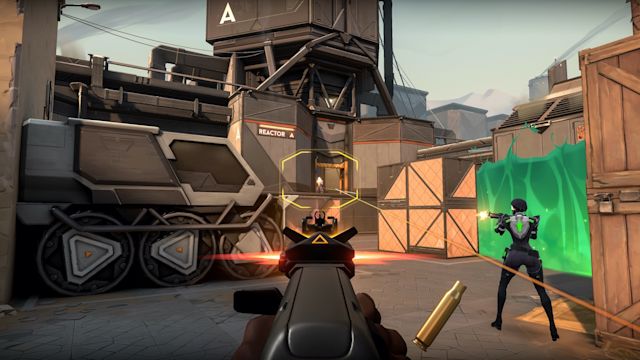 Valorant players will soon be able to put their skills to the test. Riot Games announced today that it plans to add a competitive mode to its already popular first-person shooter "soon after" the release of the game's upcoming 0.49 update, with access first opening up to players in North America and Europe.

In detailing the mode, Riot was quick to point it's still a work in progress. The studio also noted there will be "short periods" throughout the closed beta where it will temporarily disable competitive matchmaking to incorporate community feedback.

To start playing competitive mode matches, you'll need first to play 20 unrated games. Once you qualify, you'll be able to queue for competitive play with up to four other players, provided you're all within two ranks of one another.

If you've played a recent Blizzard game or League of Legends competitively any time in the last couple of years, Valorant's ranking system will be familiar. In all, there are eight ranks: Iron, Bronze, Silver, Gold, Platinum, Diamond, Immortal and Valorant. Besides the final one, Riot has divided each into a further three tiers.

When you first start working your way up the ladder, the game will factor how you play during matches. Your performance will become less of a factor as you move up, to the point where at the Valorant rank winning and how decisive your matches were are the only variables the current system will take into account. The reason for this is that Riot says, "at the highest levels of competitive play, we trust you and your teammates have earned your way there."

The studio claims it has also designed the system in such a way as to prevent smurfing, a practice wherein high-skill players will create new accounts so they can play against less experienced opponents. The decisiveness factor is there to prevent players from throwing matches, something that can be a major issue in League of Legends.

Once the Valorant is officially available sometime later this summer, the studio will reset the ladder. In the meantime, you can try to get into the closed beta by watching other people play the game on Twitch.

In this article: Valorant, video games, competitive mode, Riot, esports, personal computing, Riot Games, news, gaming
All products recommended by Engadget are selected by our editorial team, independent of our parent company. Some of our stories include affiliate links. If you buy something through one of these links, we may earn an affiliate commission.