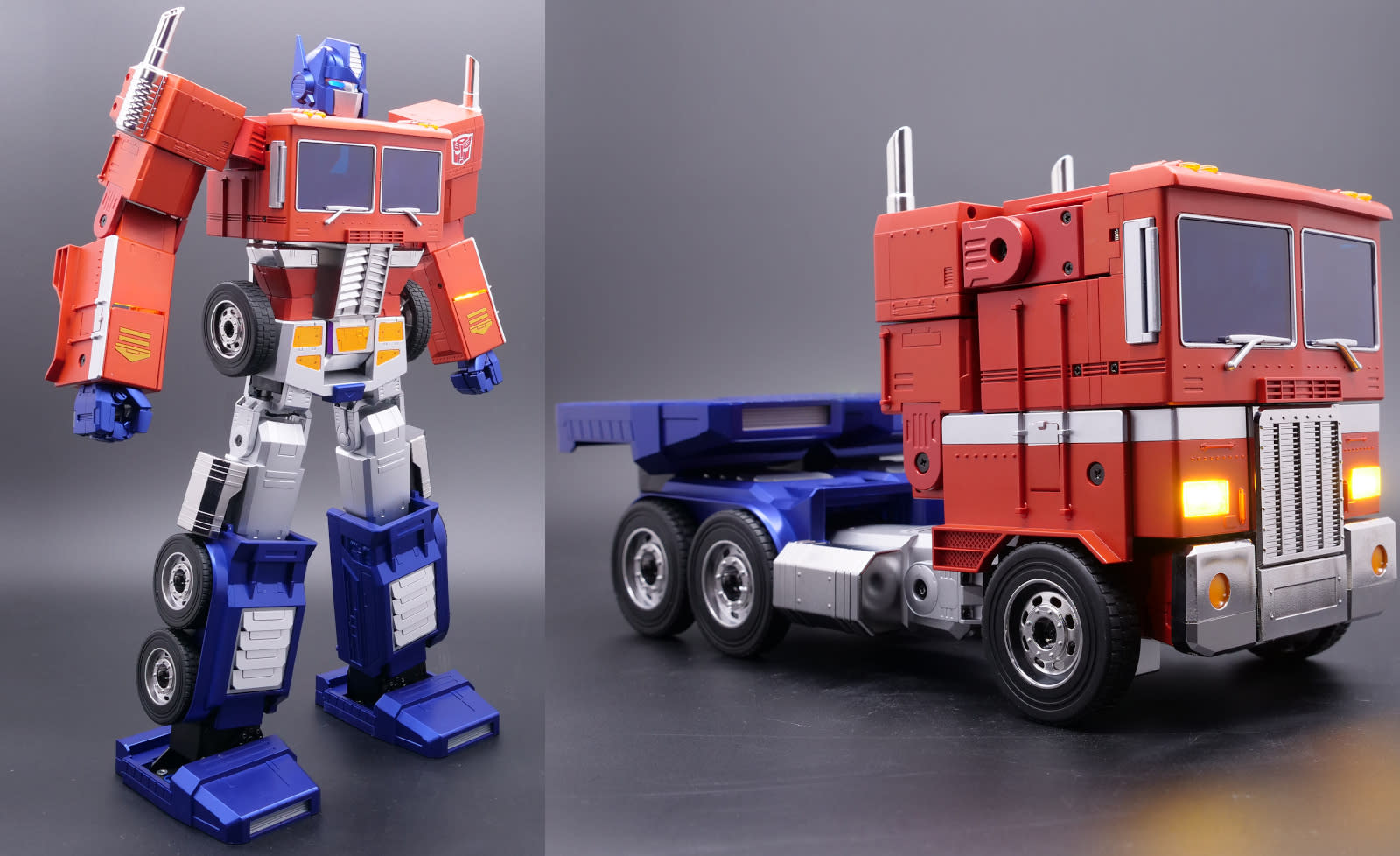 You can also program the $699 robot to move the way you want it to.

Robosen Robotics has teamed up with Hasbro to build an Optimus Prime collectible that can do more than just look cool in a display case. The companies' Optimus Prime is a programmable robot that can actually move: It can automatically transform into a vehicle, and vice versa, walk in robot form and race in vehicle form. This Optimus Prime can perform actions based on the voice commands you issue or on what you input through its accompanying app, which it receives via Bluetooth.

The robot responds to a variety of voice commands that include "move forward," "roll out," "move left/right," "volume up/down," "shutdown," "open fire" and "attack," among many others. You can also tell it to "say hello" or ask it "Who are you?" The actions come with sound effects and, for some of them, spoken dialogue by Optimus Prime's original voice actor Peter Cullen.

If you want the robot to move according to your exact specifications, though, you'll have to use its programming functions to move any of its 27 joints. The Missions section within its accompanying app will teach you how to program the machine with step-by-step instructions on how to move its servo motor-powered joints. There are 60 missions in all and completing each unlocks a new voice or sound effect. Once you're done, you'll be able to move the robot's joints in any sequence and then record them as your own "Action Sequence," whether it's making Optimus Prime dance or just having the Autobot leader strike a pose. Take note that you can have the robot play the song it's dancing to by loading the file into its hard drive using the included microUSB cable.

In its announcement, Robosen says it took 11 years of research and development to produce a robot with such a comprehensive set of functions. The programmable Optimus Prime is set to ship starting October 1st, and it's now available for pre-order from the Hasbro Pulse Fan Fest website for $699. If you're not a huge Optimus fan, don't worry: it sounds like this is just the first in a line-up of programmable Transformer collectibles.

"In our continued persistence to elevate branded play, Robosen’s advanced innovation within robotics, will allow our fans to bring their favorite TRANSFORMERS characters to life in a way never achieved before within collectibles."