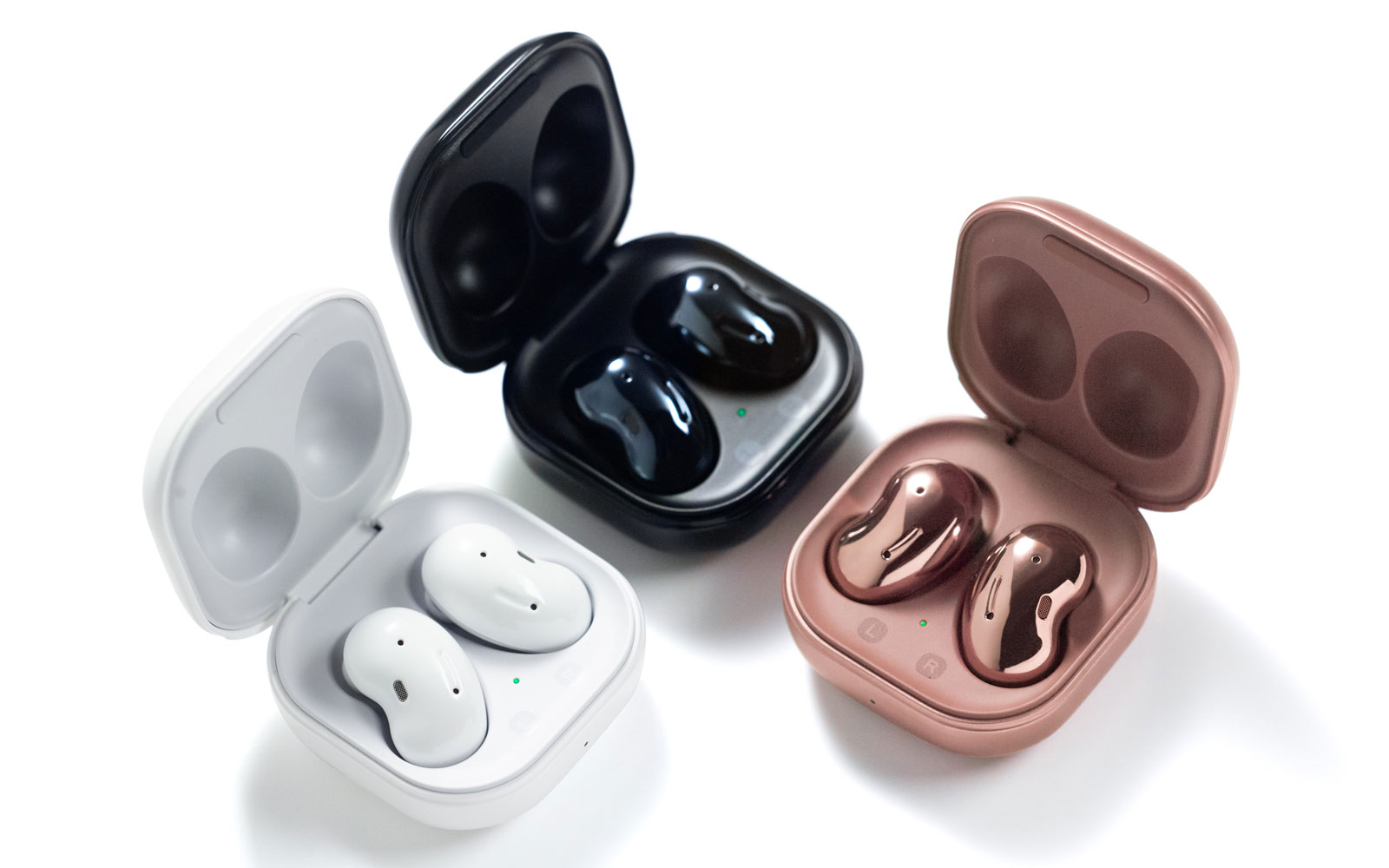 At this point, the only thing left to do was to make them official. Samsung’s latest true wireless earbuds, the Galaxy Buds Live, have leaked several times over the last few weeks. And that includes making an early appearance in a listing for Samsung’s own app. We knew what they looked like, and we knew most of the features, so really all we were waiting on was for the company to make its announcement. Today Samsung is doing just that, alongside the Galaxy Note 20, Galaxy Tab S7 and Galaxy Watch 3. 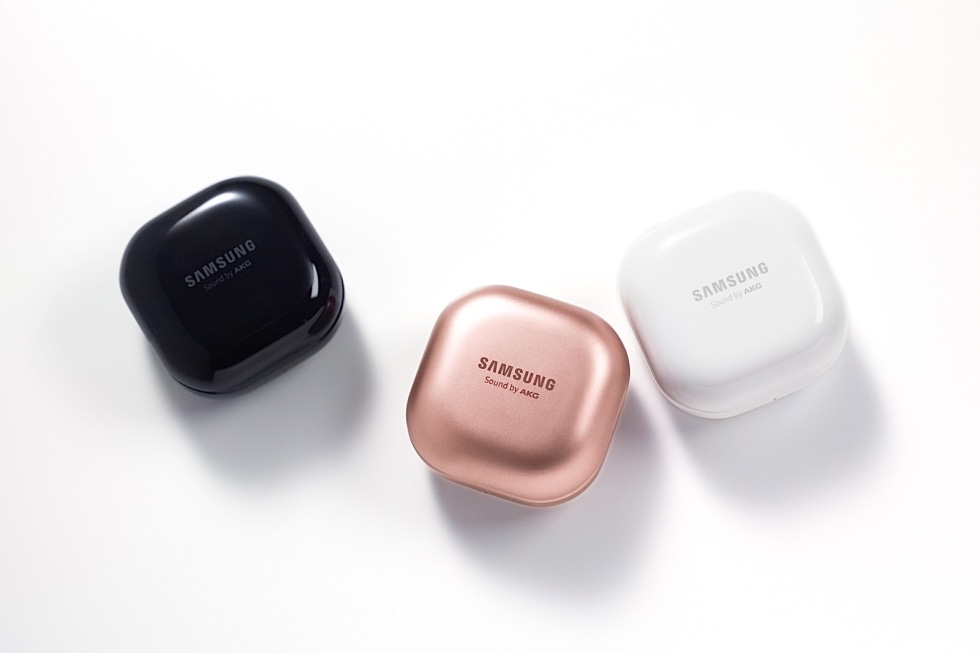 When the Galaxy Buds Live first broke cover, the jokes about their bean-like design were a dime a dozen. Indeed, these true wireless earbuds do resemble legumes — a curved shape meant to mimic the crevices of your ear. They sit flat on the outside of your ear canal without a tip that goes inside. Instead, a pair of speakers on the underside of the Buds Live beam sound in on each side. That design choice allows for “open” active noise cancellation (ANC). Rather than piping outside noise in with an ambient sound mode, the Buds Live has vents that let you hear what’s going on around you. When ANC is active, the earbuds focus on low-frequency noise (cars, transit and voices).

“Open” ANC sounds odd, and as you might expect, it doesn’t work as well as true wireless models with ear tips that create a seal. Based on my early tests, I can tell when ANC is active in the Galaxy Buds app, but the feature doesn’t do a lot to block out what’s going on around me. More often than not, I just take matters into my own hands with more volume. Not so good for your hearing though.

Gripes about noise cancellation aside, Samsung’s claims about these being its “most ergonomic earbuds yet” are mostly true. The lack of a tip on the buds makes them more comfortable. There’s not something crammed into your ear canal. And while I was skeptical about sound quality given the “open” design, the audio is respectable. However, the Galaxy Buds Live have way too much treble at high volumes. But overall, these do a decent job as an everyday audio accessory. Samsung says the new earbuds have larger 12mm speakers compared to the Galaxy Buds+ along with bass ducts to beam AKG sound into your ears.

Touch controls are available on the outside and give you access to play/pause, skipping tacks and answering calls. Those core controls are mirrored on both sides. You also have the ability to turn the ANC on/off with a long press, or you can reassign that action for volume controls, Spotify (Samsung devices) or access to your voice assistant. Speaking of voice controls, the Galaxy Buds Live gives you always-on Bixby for the first time. Much like Apple does for AirPods, you don’t have to press a button to summon Samsung’s assistant. Simply speak your commands and Bixby will do its thing. And don’t worry, you can disable the no-touch access if you want to conserve some battery life.

For calls, Samsung says the Galaxy Buds Live’s three beam-forming microphones focus on your voice and reduce background clutter. The company explains that its technology automatically adjusts to keep the emphasis on your words rather than what’s going on around you. Of course, the actual results can vary greatly on true wireless earbuds, but we’ll be sure to put these claims to the test during our review.

Like the Galaxy Buds+, the Galaxy Buds Live will work with Samsung audio apps on both Android and iOS. This means that iPhone users will have access to most of the earbuds’ key features — besides always-on Bixby, of course. With the app, you can choose from a collection of audio presets, activate ANC, disable or customize touch controls, locate lost earbuds and more. Samsung also offers a Buds Together feature that lets you connect two sets of earbuds to one device so you can listen to music or what a movie... together (devices running One UI 2.5 or later).

In terms of battery life, Samsung promises eight hours with both ANC and always-on Bixby disabled (21 additional hours in the case). With just noise canceling mode on, that number is cut to six and a half hours. Add hands-free Bixby and you’re looking at six hours. A quick-charge feature will give you an hour of listening time in five minutes, and the Galaxy Buds Live case supports wireless charging with Qi-certified accessories. Yes, you can even charge it on the back of the new Note 20. We’ll put all of those figures to the test and offer our detailed impressions in a full review soon.

Lastly, the Galaxy Buds Live are IPX2 rated. That’s not very much protection from moisture — only certified to resist water droplets. It’s likely enough if you briefly get caught outside during a light drizzle and to protect the earbuds from semi-sweaty workouts. Anything else and you might be in trouble. But given the way these just sit on the outside of your ear, they’re probably not the best option for physical activity.

The Galaxy Buds Live will be available tomorrow, August 6th, for $170. You’ll be able to choose from bronze, white and black color options — whichever one matches your Samsung phone or smartwatch the best.

In this article: earbuds, unpacked2020, audio, true wireless earbuds, galaxy buds live, headphones, true wireless, samsung, news, gear
All products recommended by Engadget are selected by our editorial team, independent of our parent company. Some of our stories include affiliate links. If you buy something through one of these links, we may earn an affiliate commission.