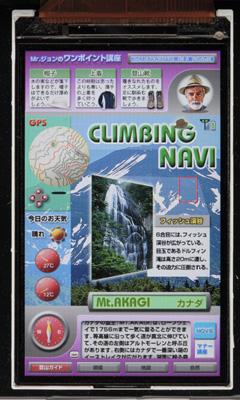 Heck, plain ol' QVGA displays on phones are still a fairly scarce commodity in some parts of the world, but Hitachi knows you want... nay, need more. VGA, perhaps? Nope, keep going; think wider. Hitachi has officially started pumping out copies of its 2.9-inch, 800 x 480 cellphone display, promising web browsing experiences that could finally catch up with the 3G data speeds modern handsets are offering. The company points out that such crazy-fresh resolution typically leads to crazy-fresh battery drainage thanks to increased backlight brightness requirements, but engineers have apparently put in some late nights miniaturizing the circuitry and designing a new pixel structure to minimize power draw. Better yet, the panel promises a 170 degree viewing angle and a 400:1 contrast ratio. Only thing left, it seems, is for some scrappy manufacturer and/or carrier to step forward and announce a killer device wrapped around this sucker. Why do we get the strange feeling we should keep our eyes on NTT DoCoMo for that?
In this article: display, hitachi, lcd, mobile, screen
All products recommended by Engadget are selected by our editorial team, independent of our parent company. Some of our stories include affiliate links. If you buy something through one of these links, we may earn an affiliate commission.
Share
Tweet
Share