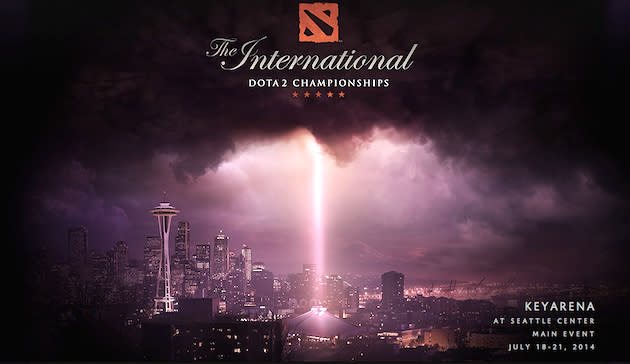 If someone gaining an athletic visa to play StarCraft 2 or the staggering amount of hours spent watching pro gamers duke it out virtually wasn't enough to prove that competitive gaming is a real thing, maybe some mainstream support is. This weekend's massive $10 million-plus Dota 2 tournament, The International, will air live on ESPN 3. What's more, prior to ESPN 2's broadcast of the final match late Sunday evening, the network will host a preview show with expert analysis and even an interview with Dota 2-developer Valve's Gabe Newell. That the Worldwide Leader in Sports is giving the same kind of love to eSports that it does, say, basketball or even skateboarding is surely a sign of big things to come. The fans have been into it for awhile -- tickets for the event, held at Seattle's 17,000-seat Key Arena, sold out in an hour.

In this article: dota2, espn, espn2, espn3, esports, gaming, hd, hdpostcross, TheInternational, tournament, valve
All products recommended by Engadget are selected by our editorial team, independent of our parent company. Some of our stories include affiliate links. If you buy something through one of these links, we may earn an affiliate commission.