Cassette sales actually went up in 2016 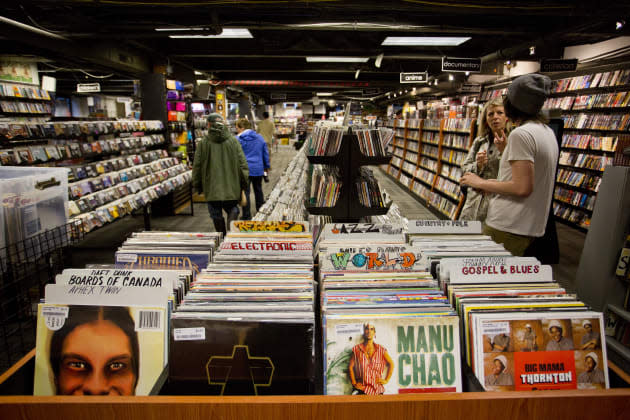 The decline in album sales is certainly nothing new, thanks to the smattering of streaming options now available to eager listeners. However, 2014 looks to be particularly awful. Forbes reports that nearly 10 months into the year, no release since January has yet to reach platinum status -- a release that sells 1 million copies (in the US). What's more, only one has sold a million copies: the Frozen soundtrack that hit shelves last year. At this point in 2013, five different albums had hit that sales mark (Justin Timberlake's The 20/20 Experience led the pack). How bad are the numbers? Well, the best-selling effort that was actually released in 2014 is fourth on the year's sales tally (Eric Church's Outsiders). And singles are seeing the same fate, albeit at a slower pace. So far, 60 tracks have sold a million -- down from 83 at this point last year. As Forbes points out, sales usually see a boost during Q4 (holiday bump), but most of the top sellers like Adele, Katy Perry and others don't have new material on tap before the year's end. However, Taylor Swift's 1989 is set to release on October 27th, so there's hope?

In this article: albums, albumsales, music, musicindustry, platinumalbum, records, recordsales, sales
All products recommended by Engadget are selected by our editorial team, independent of our parent company. Some of our stories include affiliate links. If you buy something through one of these links, we may earn an affiliate commission.