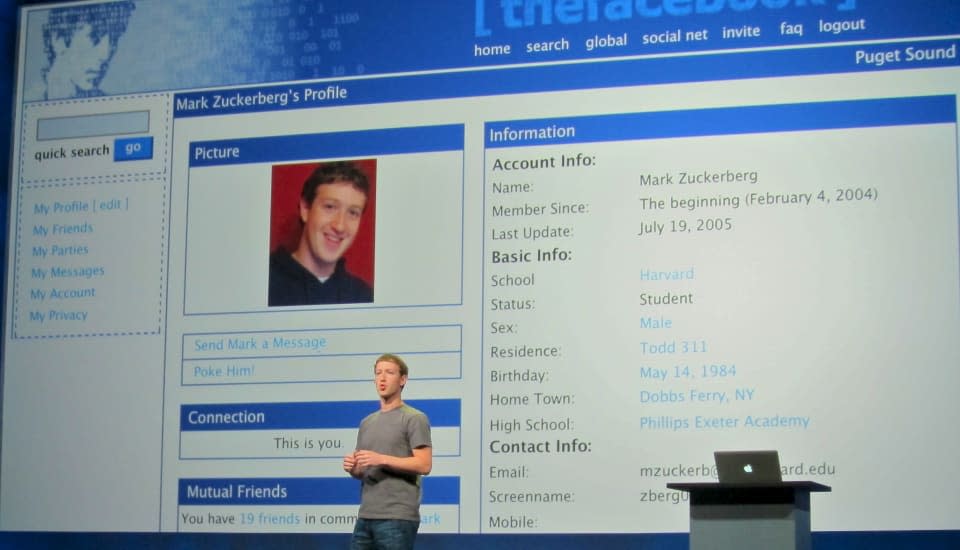 In a Q&A on his profile today, Mark Zuckerberg explained how he and his team are preparing Facebook for the future. In it, he revealed that he believes the ultimate communication technology will allow us to send thoughts to each other. "You'll just be able to think of something and your friends will immediately be able to experience it too if you'd like," he said. But until that happens, the company is focusing on developing (1) AI, because the company "think[s] more intelligent services will be much more useful" to consumers, (2) VR, as it's the "next major computing and communication platform," and (3) its internet.org project, since it's "the most basic tool people need to get the benefits of the internet," including jobs, education and communication.

Zuck says Facebook's in the midst of building AI systems "that are better than humans at our primary senses." They're designing one to be able to detect everything in an image or video: people, objects, animals, backgrounds and locations, among others. If it can understand what's in an image or video, it could, for instance, tell a blind person what it's about. The other system they're working on focuses on language, so that it'll be able to translate speech to text and text from one language to another, as well as answer questions in conversational lingo. Of course, these AI systems' most obvious application is being able to surface more relevant News Feed entries for users and giving everyone a new way to consume posts on the site.

The CEO thinks that VR glasses would be part of our every day lives in time, giving us the ability to share "experiences with those we love in completely immersive and new ways." He also revealed that the company is working on drones, satellites and even lasers to expand its Internet.org project. "The idea is that in the future, we'll be able to beam down internet access from a plane flying overhead or a satellite flying way overhead -- and they'll communicate down to earth using very accurate lasers to transfer data."

One user asked Mark if Facebook plans to end the practice of requiring "real names" on the website. If you recall, it got a lot of backlash from the LGBT community and Native Americans after the company froze a number of accounts whose names were reported to be fake. Based on his answer, it doesn't sound like the company has any plans to remove the policy, as it believes it helps keep people safe. "We know that people are much less likely to try to act abusively towards other members of our community when they're using their real names," he said.

However, he clarified that real name doesn't have to be your legal name -- it's whatever you want to be called and whatever your friends and family call you. In order to prevent unjust banning, though, Facebook is working to conjure up more ways for a user to prove that his real name is what he says it is. Now, if all these sound trivial, as what you really want to know is why in the world the Poking feature ever existed, Zuck answered that, too: "It seemed like a good idea at the time."

In this article: facebook, markzuckerberg
All products recommended by Engadget are selected by our editorial team, independent of our parent company. Some of our stories include affiliate links. If you buy something through one of these links, we may earn an affiliate commission.