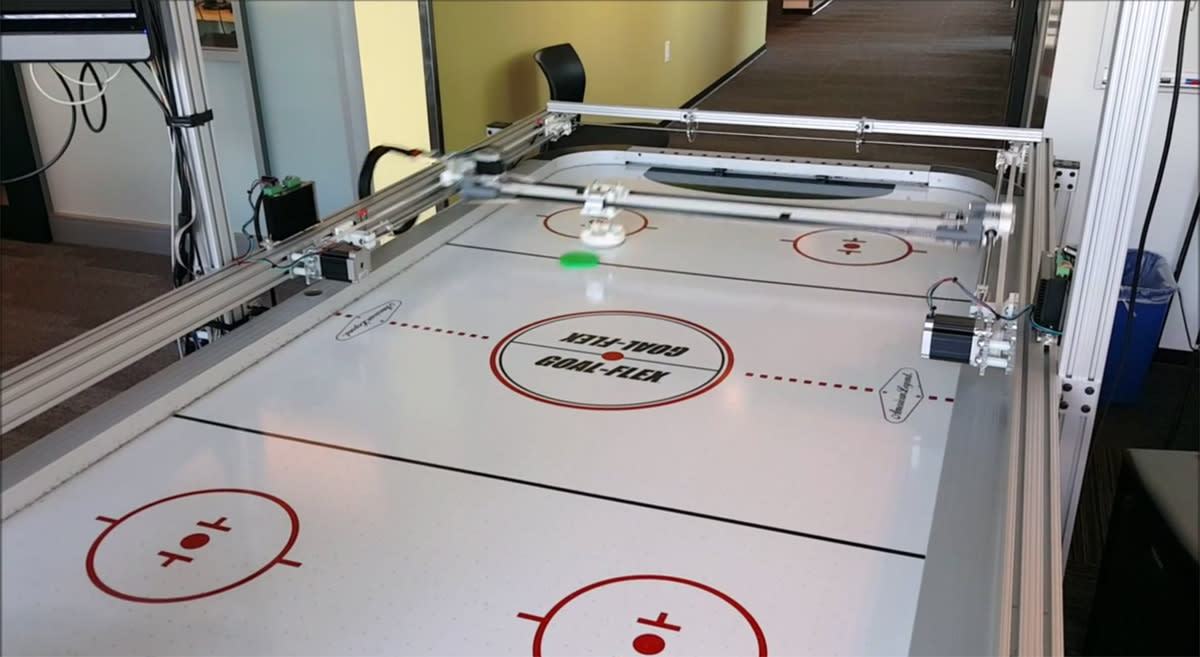 Microsoft is more than a little proud that a version of Windows 10 runs on tiny, embedded PCs -- proud enough that it's willing to make clever devices to show this off. The folks in Redmond have built a robotic air hockey table whose virtual player is powered by a diminutive MinnowBoard Max running Windows 10 IoT Core. It's simple (it largely depends on an overhead camera to track the puck), but it's good enough to keep up with at least some shots, as you'll see in the video below. You aren't about to buy this table in a store -- it'd need to keep up with a ruthless human rival, for starters -- but it's proof that modern Windows can find its way into some very unusual places.

In this article: airhockey, hockey, internetofthings, microsoft, video, windows, windows10
All products recommended by Engadget are selected by our editorial team, independent of our parent company. Some of our stories include affiliate links. If you buy something through one of these links, we may earn an affiliate commission.