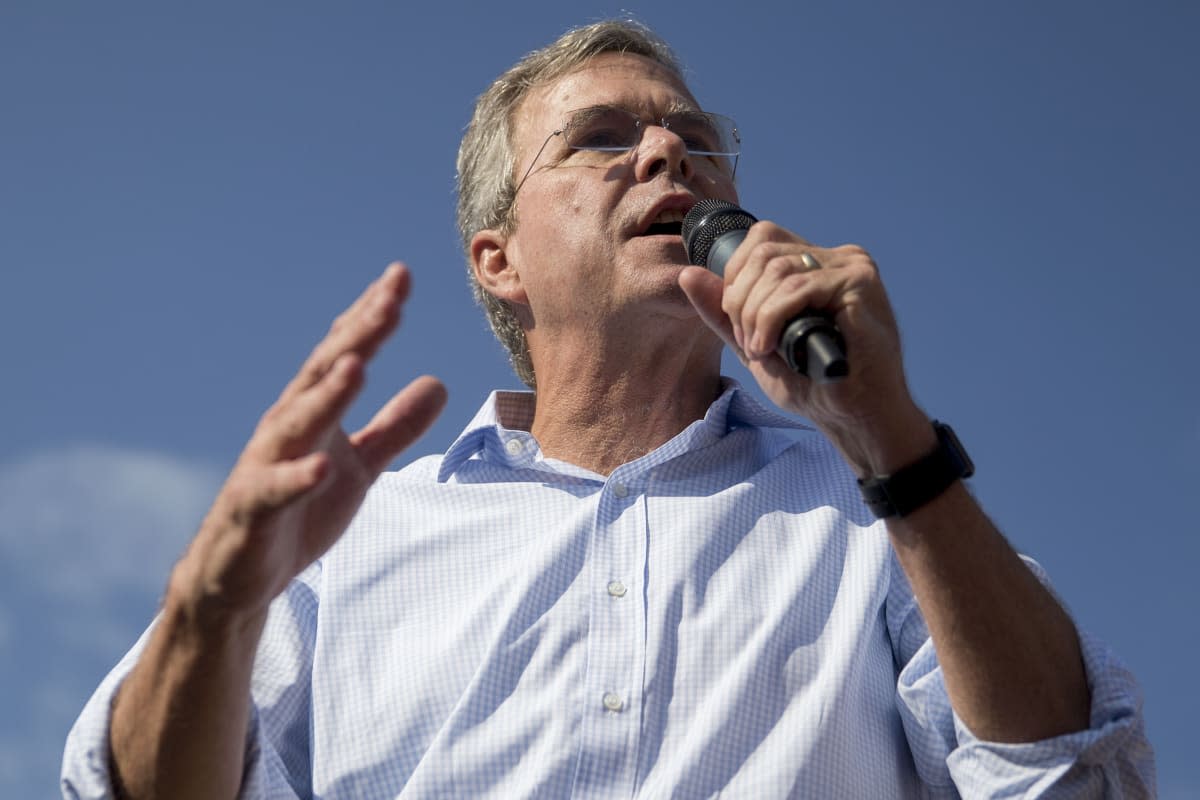 Presidential hopeful Jeb Bush says that the government should be granted broad surveillance powers over both the American people and and private technology firms so that intelligence agencies can better fight "evildoers", according to the Associated Press. No, seriously, he specifically used the term "evildoers." Dick Dastardly, Skeletor, Gargamel had all better watch their backs if Jeb lands the Oval Office.

Bush made these remarks during a national security forum in South Carolina earlier this week. During his address, the former Florida governor attempted to distance himself from other Republican nomination-seekers. He said that Congress should revisit the Patriot Act -- specifically the bits about the NSA not using bulk surveillance anymore. "There's a place to find common ground between personal civil liberties and NSA doing its job," Bush said. "I think the balance has actually gone the wrong way." As for the civil liberty violations that these mass surveillance techniques incur, "I've found not one" case, Bush quipped.

Additionally, Bush railed against the tech industry's use of encryption to foil government eavesdropping. "It makes it harder for the American government to do its job while protecting civil liberties to make sure evildoers aren't in our midst," Bush said, calling for "a new arrangement with Silicon Valley in this regard."

Bush also hawked sending an undisclosed number of US troops to Eastern Europe to counter Russia's recent aggressive overtures. There's a "price to pay" for Putin's "adventurism," Bush told the crowd. The candidate's remarks come amidst a push by his campaign to distinguish him from a crowded Republican field. Of course, aggressive foreign policy has long been a hallmark of both the Republican party and the Bush clan, so these remarks aren't entirely surprising.

In this article: Associated Press, Federal government of the United States, Florida, Jeb Bush, JebBush, NSA, Oval Office, PatriotAct, politics, Putin, Republican, Republican Party, Russia, security, Silicon Valley, South Carolina, Surveillance
All products recommended by Engadget are selected by our editorial team, independent of our parent company. Some of our stories include affiliate links. If you buy something through one of these links, we may earn an affiliate commission.