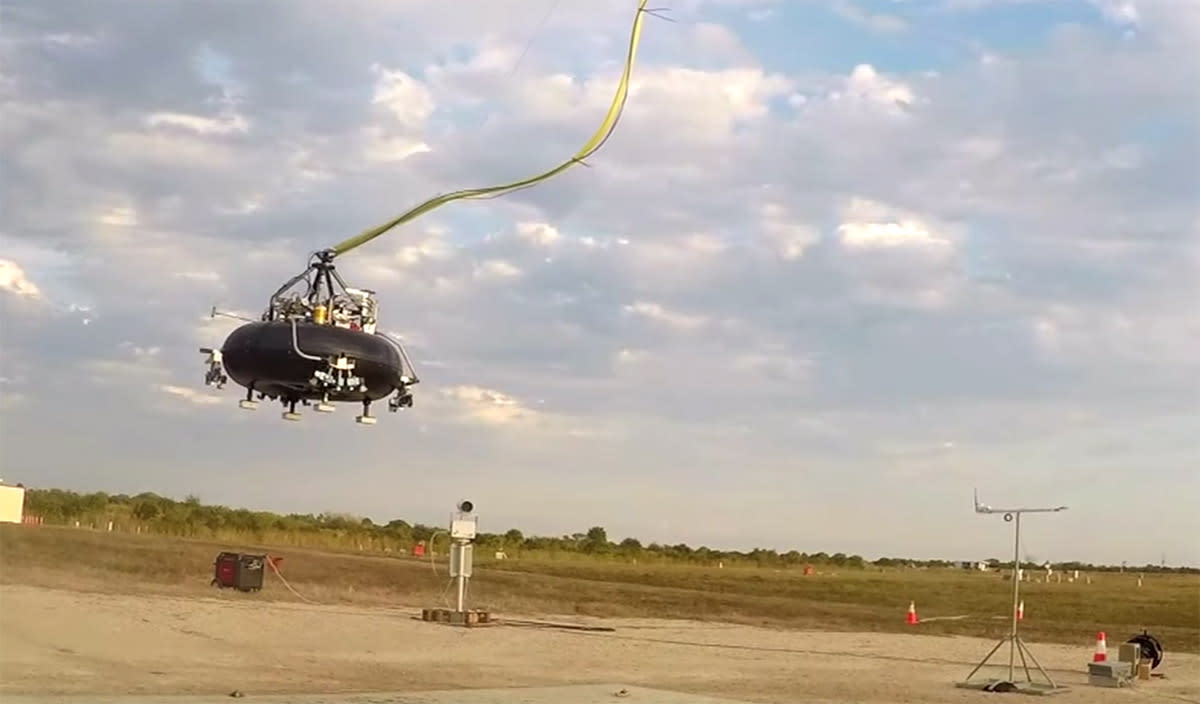 Going into space is risky enough, but two startup companies are taking it to a new level. Moon Express is trying to get to the moon and land a robotic rover that can travel at least 500 meters (0.3 miles) and send back HD video to earth. That's not going to be easy, but it also wants to launch by 2017 on a rocket that's never flown, the Electron from New Zealand's Rocket Lab. That's a lot of dice-rolling, but if it succeeds, Moon Express will be eligible for Google's $30 million Lunar Xprize.

The company does have a few things in its favor. It's already claimed over $1.5 million in milestone prizes from Google and NASA after testing its MX-1 lunar lander in terrestrial flights (below). Rocket Lab is funded in part by Lockheed Martin, has launched a "sounder rocket" into space and recently inked a launch deal with NASA. Moon Express has booked no less than three rides on its Electron rocket, with CEO Bob Richards saying "landing on the moon the first time would be fantastic, but we want to have some backup plans and to be able to try it again and then try it again."

The Electron rocket's design is simpler than regular rockets, as it uses battery-powered motors instead of turbopumps. In addition, the entire motor can be built in three days thanks to the use of additive manufacturing, a type of 3D printing. The company is selling flights for payloads up to 330 pounds starting at $4.9 million, a price well below that of any other launch company. Still, the rocket has only been fired on a test bed and has never actually flown, so two years isn't a lot of time for flight certification, as Elon Musk and other folks certainly know.

Moon Express is one of 16 companies vying for the Lunar Xprize, but one of only five that recently received milestone money from Google and Xprize. It's now the first to set a specific launch date, a key requirement for the competition to continue. Other teams that want to stay in it now have until the end of 2016 to announce their own launch contracts, and the mission must be completed by the end of 2017. Moon Express might be rolling the dice with Rocket Lab, but with those deadlines, it can't afford not to be optimistic.

In this article: Google, landing, LunarXPrize, moon, robot, video, Xprize
All products recommended by Engadget are selected by our editorial team, independent of our parent company. Some of our stories include affiliate links. If you buy something through one of these links, we may earn an affiliate commission.