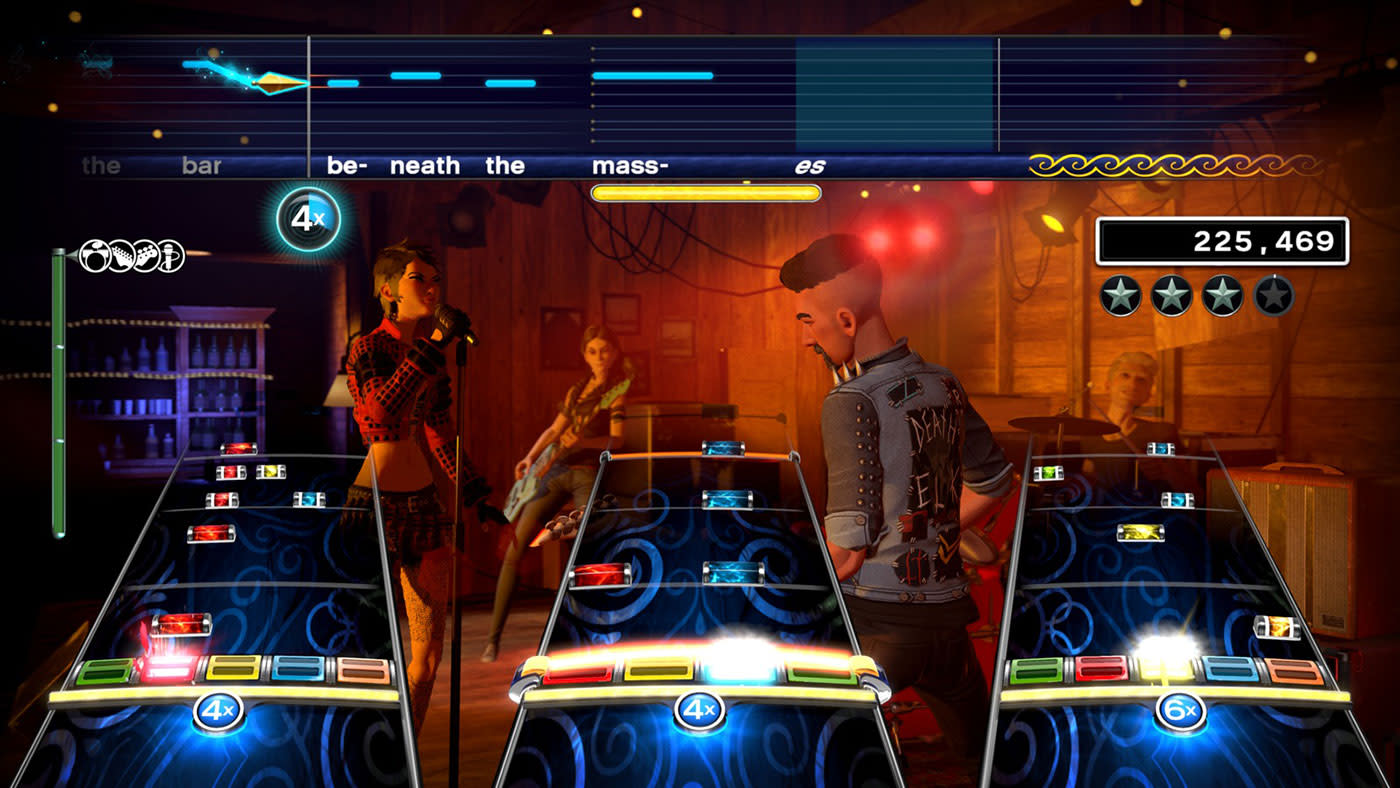 Labels may have wanted to keep Rock Band 4 from making the leap to PCs over piracy concerns, but not even a crowdfunding campaign could help jumpstart the effort. Harmonix held a month-long campaign on Fig in hopes of offsetting the development costs for porting the Xbox and PlayStation title to the PC, but as time expired, the project had only raised $792,817 or 52 percent of the $1.5 million goal. By the way, 27 people pledged $2,500 to nab every Rock Band song for the PC title. That's dedication.

If you were hoping to play Rock Band on your PC, all is not lost. The studio has Rock Band VR in the works for this year with a hand from Oculus. Harmonix teased more details on the virtual reality title for E3 in June, so we should be hearing more in a few weeks. In a post-campaign update, the studio says failing to meet the goal is evidence there isn't enough demand for a Rock Band game on PC right now. However, Harmonix says it will continue to "support and improve" RB4 on consoles.

In this article: av, crowdfunding, game, gaming, harmonix, pc, rockband4
All products recommended by Engadget are selected by our editorial team, independent of our parent company. Some of our stories include affiliate links. If you buy something through one of these links, we may earn an affiliate commission.