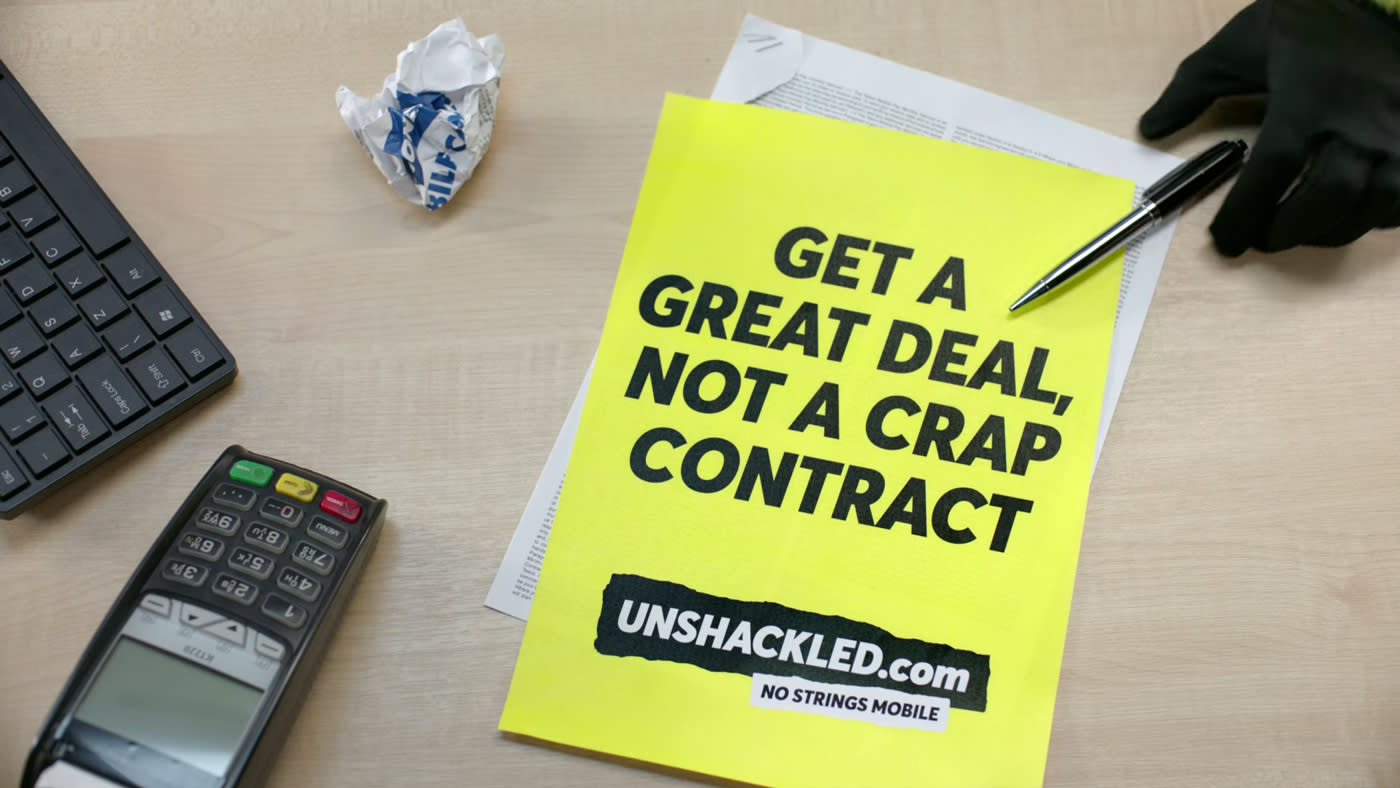 After Phones4u lost its remaining carrier partners in quick succession a couple of years ago, the contract reseller had no choice but to go into administration. The folding of the company couldn't have come at a worst time for a few unlucky customers, who had put down money to preorder the iPhone 6 or 6 Plus without hope of a refund. And while many staff were saved from the bother of job-hunting, plenty of the top brass were left twiddling their thumbs. We now know, however, that several former execs united to work on something new. That something is Unshackled, which promises the best mobile deals by separating handset cost from tariff cost.

The message is pretty simple: If you want a new phone, don't lock yourself into a subsidised contract that sees you overpaying for the device over two years. Instead, Unshackled recommends you save money by buying it outright -- its range features several top- and mid-tier phones, including Apple-certified "like new" iPhones. Plenty of online and bricks-and-mortar retailers offer unlocked handsets, of course, but Unshackled also allows you to pay through monthly instalments. This option is based on you qualifying for a personal loan, though, provided by third-party lender Zopa.

You still end up paying more than the phone is worth then (because interest), but the idea is you save compared to a regular subsidised contract. But Unshackled isn't just in the business of flogging handsets, as it also offers a long list of SIM-only plans from the big providers right down to some of the more anonymous MVNOs. Somewhat crude calculations on the website suggest going down the route of paying for phone and plan separately could save you hundreds of pounds.

That may or may not be true, based on numerous factors such as loyalty rewards, time-sensitive upgrade incentives and the like. Unshackled is still trying to sell you something after all, but at least it's being transparent with pricing -- something that can't be said about most other players. The industry is thankfully moving slowly in that direction, though. O2's Refresh plans show you how much of your monthly payment goes towards the cost of your chosen device, while MVNO giffgaff breaks pricing down in a similar way.

In this article: gear, loans, mobile, phones4u, smartphone, unshackled, zopa
All products recommended by Engadget are selected by our editorial team, independent of our parent company. Some of our stories include affiliate links. If you buy something through one of these links, we may earn an affiliate commission.